The Middle East is a region of far-reaching importance due to past and current events in global politics. Of the many different dynamics and factors that affect the situation of the Middle East, Islam is especially crucial. Many scholars have recently focused on Islamist movements such as the Muslim Brotherhood, and how they affect the Middle East and beyond.

The Middle East is a region of far-reaching importance due to past and current events in global politics. Of the many different dynamics and factors that affect the situation of the Middle East, Islam is especially crucial. Many scholars have recently focused on Islamist movements such as the Muslim Brotherhood, and how they affect the Middle East and beyond. Other movements, arguably of equal importance, have received less academic attention. In Political Islam in Tunisia, Anne Wolf, a doctoral student at Oxford University, brings timely critical attention to the history of Tunisia’s primary Islamist movement, al-Nahda.

Political Islam in Tunisia: The History of Ennahda is a valuable asset to anyone studying political Islam, North Africa and Islamist movements in the Middle East and North Africa (MENA). In this ambitious study, Anne Wolf shows the fluctuations of the al-Nahda movement, which has played a significant political and socio-cultural role in Tunisia and in the regional leadership of the Middle East.

One strength of this study is its use of multi-method data collection. Wolf conducted around 400 interviews and informal meetings with three different groups of people: (i) current and former members of al-Nahda and other religious groups, with whom about half of the interviews took place; (ii) civil society activists, bloggers, and journalists; and (iii) current and former politicians of more secular trends, including many adversaries of the Islamist movement. Wolf also conducted archival research in the Tunisian National Archives and Zaytouna University, and studied the British Foreign Office files available at the National Archives and the Confidential Print at the Library of the University of Cambridge. Secondary academic materials, Tunisian and international media sources, as well as Wikileaks documents from March 1973 to February 2010 were also used.

Political Islam in Tunisia offers some helpful explanatory tools as appendixes, such as the al-Nahda Electoral Programme of 2011; the Statute of the al-Nahda Movement, July 2012; the Final Declaration of the Eight Congress of al-Nahda, May 2007; the Final Declaration of the Seventh Congress of al-Nahda, April 3, 2001; an Account of an al-Nahda Campaign Event in the Electoral District of Tunis 1; and Selected Interviews. All of these appendixes provide deep information about how al-Nahda works, and what their purpose is in elections.

The book can be read easily; the explanations and language are very clear. At the beginning, Wolf offers some explanations about transliteration, because of the fact that there are some difficulties transliterating Arabic into English. However, the author addresses this situation perfectly and brings clear English to understand the al-Nahda movement easily.

On the negative side, the book does not go into great depth, so it is not adequate for advanced research. Rather, it provides introductory information about al-Nahda and its background. For instance, although Wolf calls attention to Tunisia’s secular history and its relation to al-Nahda movement and other Islamist movements, the relationship is not explained in detail, despite this being a crucial factor with many different implications for Tunisia. The author searches for historical ties between al-Nahda and the Muslim Brotherhood, but this focus causes her to overlook some of the al-Nahda movement’s traditional ties. Moreover, we know that the Arab Spring affected the al-Nahda movement’s structure in different ways. However, the book does not give adequate information about how the Arab Spring affected al-Nahda’s structure and its political vision for shaping Tunisia. The Arab Spring pervasively affected Islamist movements in the MENA with radicalization as ISIS or other organizations; however, al-Nahda did not and does not choose radicalization in Tunisia. Rather, the movement supports democratization in Tunisia. In other words, the Arab Spring and its effects need more analysis, as the Arab Spring was arguably a key turn for shaping al-Nahda’s unique Islamist ideology.

Another drawback is that Political Islam in Tunisia is unable to exceed history telling; there are a few significant political and sociological analyses, but not enough to provide new information. A historical account is not enough to understand the al-Nahda movement completely. Also, some eras are not explained by Wolf very well. Although the author does provide some information at the beginning of the book about al-Nahda’s key leaders, there is no deep information about how these leaders have affected the al-Nahda movement, and some leaders are given inadequate attention. Rachid Ghannouchi, for example, has made a significant impact on al-Nahda’s political actions. However, Wolf does not adequately describe how Ghannouchi’s actions have shaped al-Nahda’s politics. This is a serious omission, as Ghannouchi’s political views have deeply influenced Tunisia’s democratization process, and it is his ideas about Islam that have prevented the radicalization of the al-Nahda movement in Tunisia.

Understanding how Islamist movements are structured is crucial, because each movement’s structure reflects its political views or Islamic ideas. For instance, a consultation culture can lead to more democratic actions within an Islamist movement. However, Political Islam in Tunisia does not give information about the structure of the al-Nahda movement, leaving a significant gap in understanding al-Nahda’s history and its structural evolution. This evolution is significant, as it reveals why the al-Nahda movement eschews radicalization, and helps to explain the dynamics driving this movement to choose “moderate Islam.” 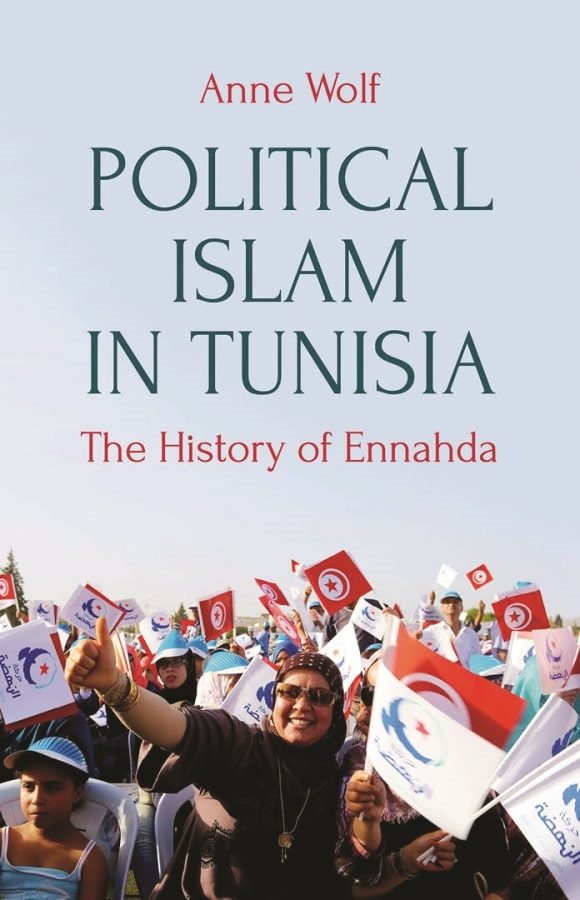