Yung, Petersen, and Sparre’s Politics of Modern Muslim Subjectivities presents an interesting case-study of the extent to which the use of modern social theory can be useful in studying societies at various levels of conceptualization, but also of the risks involved in this process.

Yung, Petersen, and Sparre’s Politics of Modern Muslim Subjectivities presents an interesting case-study of the extent to which the use of modern social theory can be useful in studying societies at various levels of conceptualization, but also of the risks involved in this process. The book is divided neatly into three parts. Part I is theoretical. It tackles the definitions of “modernity” and “religion,” and the “formation of the modern subject.” Rather than looking at modernity as a single phenomenon, it proposes regarding it as a series of “multiple” or “successive” modernities, each with characteristic features that have produced certain “technologies of domination” and “technologies of the self.” Additionally, the authors sketch the history of modern forms of Islam, which manifest the “continuing processes of the reframing and reinvention of Islamic traditions conditioned by cognitive and institutional patterns of modernity” (p. 27). The next two parts deal with “politics of Muslim subjectivities” in both Jordan and Egypt respectively. Each part begins with an overview of the development of the relationship between the “state” in both countries, on the one hand, and charity and social welfare organizations, on the other hand.

One can easily see a symmetry that is being presented in the book among three forms of modernities (which succeeded each other in the West but seem to co-exist and compete in all societies to varying degrees), and three corresponding forms of institutions and organizations. Individuals belonging to these organizations all seek to be “modern” in their own, idiosyncratic way by making use of the available cultural and religious tools to develop technologies of the self by which they can construct their own modern subjectivities in an intricate and complex process. Discussing this symmetry begins with presenting three forms of successive modernities. The first form, “restricted liberal modernity,” a bourgeois social order that alienated the masses, led to a social crisis in the second half of the 19th century, resulting in the emergence of a first, organized form of modernity that is more focused on stable societal organization and institutional collectivity. In the 20th century, this second form of modernity was gradually replaced by a second (or high) modernity that is more individualistic, pluralistic, liberal, creative, and, therefore, fluid and unpredictable (a form that is currently under radicalization by poststructuralist and postmodern philosophies and social theories, the authors argue, p. 14).

On the (micro) individual level, the second modernity has made it the task of each individual to “identify themselves in a context of diversity” (p. 18). Charitable and social welfare organizations (on the meso level) have provided Arab individuals with opportunities to accomplish this task, but in diverse ways. For whereas some of these organizations display the features of second modernity (and are thus closer in structure to the “state” with which their relationship oscillates) in their “peer-group-oriented approach” (p. 93), others place less emphasis on organized collectivity and offer more room for individuals to construct their chosen identity and selfhood. In both cases, individuals —many of whom are young women volunteers but also middle-class “Muslim professionals” seeking to “merge the homo islamicus with the [modern, neo-liberal] homo economicus in one type,” (p. 141— may be engaging in forming their modern subjectivities in religious terms and within an “authentic,” Islamic (but also nationalistic) framework. They do this, however, in yet two distinct ways: one collective (usually influenced by Islamist mode of thinking, where norms are used primarily as “technologies of domination,” p. 172, and “individuality is meaningfully expressed through the similarity of norms, values, and appearances with … peers,” p. 100), and the other individualistic, regarding Islam as “part of personal motivation and self-identification” (p. 98. Emphasis added). On a broader (macro) level, this heterogeneity reflects the “inbuilt contradiction” that has characterized the employment by the Jordanian regime, for example, of the Islamic traditions (p. 81). Furthermore, this distinction of various forms of modernity can be useful in interpreting the so-called “Arab Spring,” which the authors proposes to think of as a conflict between the first modernity of the Arab authoritarian regimes, and the second modernity that is shaping the views and behavior of new Arab generations whose focus is on individual autonomy and rights, as well as on social pluralism that supersedes the nation-state, typical views that characterize second modernity.

Yung and his co-authors’ endeavor to demonstrate the presence of multiple forms of modernity at one specific time and place can be problematic. The authors do admit that they have “assumed that in the Muslim world … social orders and identities have evolved in close relationship with globally relevant imaginaries” (p 172, Emphasis added). In this case, it may not be too difficult to demonstrate that any contemporary society belongs to modernity in this sense, and it becomes natural that whatever the authors observe in the two societies discussed in the book would display the features of one form of modernity or another, and that the endeavors of individuals would be different attempts at constructing their modern selves through developing various technologies of the self. This problem may be an un-intended consequence of the organization of the book, which begins with a theoretical part that the reader may feel is leading him in a certain direction. The authors’ desire to resist the “tendency to reinforce the idea of a … mutual exclusiveness between Western and Islamic ways of life” (p. 2) is legitimate; forcing the idea that they are essentially similar in the way they interact with the modern condition is problematic, however. Indeed, one can see that the individuals mentioned in the book may not in fact have much choice in how to construct their subjectivities within the available social, economic, and cultural limits. Furthermore, some individuals, as the authors themselves observe, may volunteer in charity organization as part of creating for themselves a “relatively free space for active participation in society” (p. 104) in order to, among other things, increase their chances of meeting potential spouses (p. 165). (Admittedly, the authors point out that intimacy, of which many of the volunteers in these organizations are deprived for economic reasons, is a “central field of modern subjectivity formation,” p. 135.) The idea here is that individual idiosyncrasies operate within a complex set of social and economic conditions and considerations that must keep all conclusions and generalizations “tentative,” which the authors themselves duly acknowledge.

The organization of the book, furthermore, creates a mismatch between its first, theoretical part, on the one hand, and the remaining two parts, on the other. Some readers (e.g. students) may have difficulty following the theoretical part without sufficient background on its subject (and those already familiar with it may question the need for a long exposition of debates about modernity, religion, and social theory). The value of the theoretical part becomes evident when the reader reaches the second and third parts of the book, where specific case studies are discussed. It may be more useful for the reader to spend less time grappling with theoretical questions, and see instead these discussed in tandem with actual case studies. Other than making the book more accessible to a wider readership, this could also demonstrate how the dialectics between the theory and case studies work to produce the authors’ thesis. 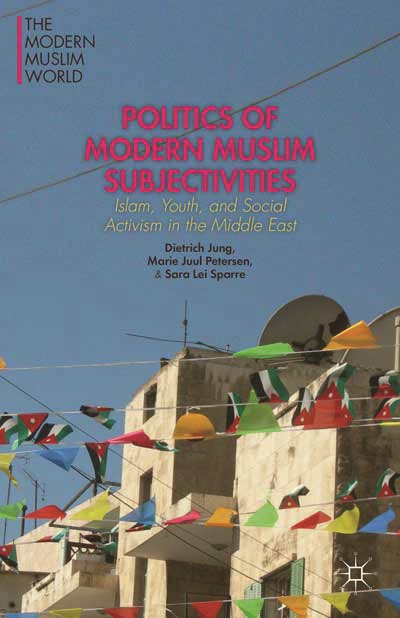