In this panel, organized by Insight Turkey, where the Israeli-Palestinian issue was discussed academically, the latest developments in the Israeli-Palestinian stalemate were emphasized. Although the importance of the region will inevitably increase in the coming years, it is thought that this panel will contribute to the efforts to examine and comprehend regional problems from a different perspective. 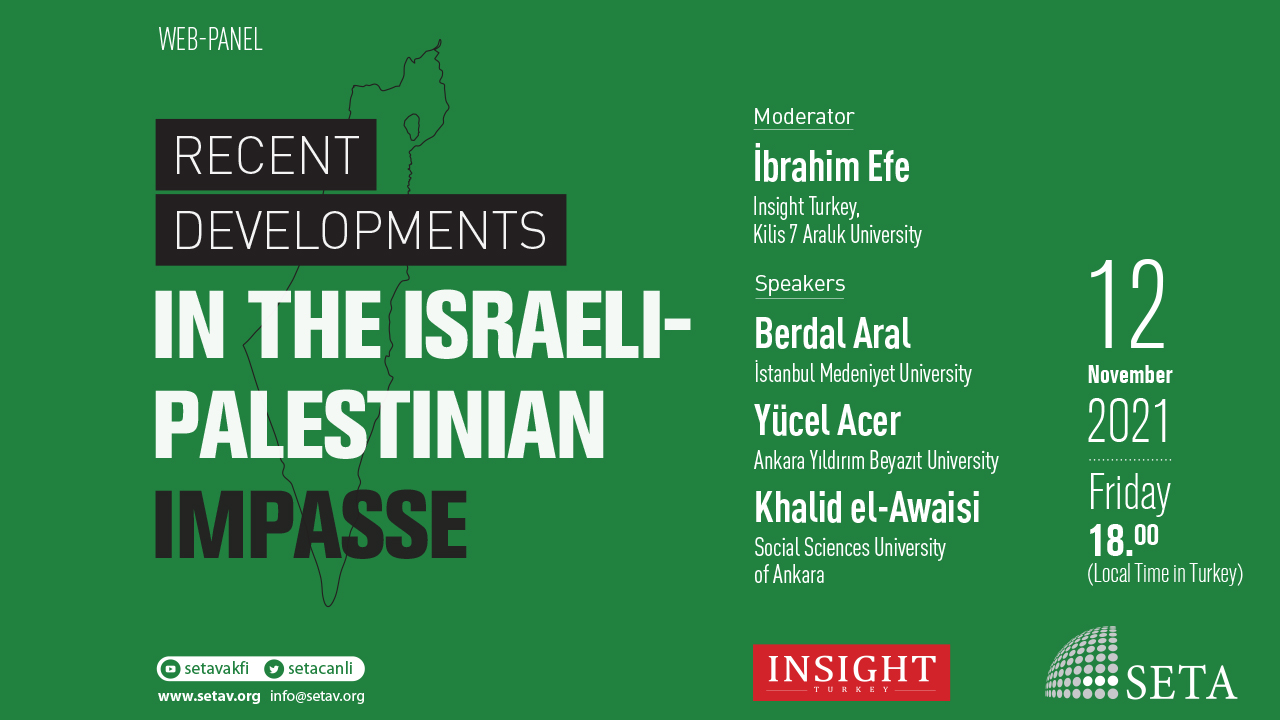 Berdal Aral begins his speech by focusing on the common perception in the international media, not only by explaining how one nation-state suppresses another nation-state, but also by pointing out the hegemonic world system and highlighting and analyzing regional, international and global dimensions on the Israel-Palestine issue. The Palestinian question and the Palestinian struggle for self-determination are often portrayed as the Israeli-Palestinian conflict. Aral argues that the zionists gradually occupy and colonize the lands and settle and approach the indigenous population. According to Aral, it is a misnomer to portray the problem as a conflict between two actors, such as politicians and Israelis, but also to portray the problem as a human rights violation against politics. Aral sees the Palestine problem as important problems that did not actually start in 1967, but started right after the dissolution of the final empire and the replacement of the automotives, which were the state princes of the British and French empires. So the whole issue is about colonialism, imperialism, also the military occupation of Palestine and also a somatic racism against Palestinians. For this reason, according to Aral, it is necessary to look at the issue from a historical perspective, starting from earlier times, not the history of Jewish immigration as a part of colonization, the history of the mandate system, and the 1947 United Nations General Assembly decision that unfairly divided the region.

In his speech, Khalid al-Awaisi reviews the latest developments in the Israeli-Palestinian stalemate. Khaled's speech is basically about the importance of outputs in the context of Palestine's resistance to Israeli occupation and oppression. Khalid's aim is to examine the debate on the Palestinian issue, which intensified in Jerusalem after the unilateral steps taken by Israel and Trump's effort to accept it as Israel's capital, and to state that this issue received many reactions from the Muslim world and Palestinian groups and Palestinian groups. According to Khalid, the Biden government's attempt to open a consulate gives a new impetus to the discussions. Khalid claims that Jerusalem had a very important role in the resistance against the British at first and that this resistance continued during the Zionist occupation in later times. One of the first intifadas against the British and the Zionist movement at that time had a very important connection to Jerusalem in general and Masjid al-Aqsa in particular. Khalid concludes his speech by stating that the city of Jerusalem has always existed in the minds of Palestinians, whether secular or religious, with the idea of ​​the Jerusalem resistance, its religious dimension is extremely important, and it has become a symbol of resistance against the Palestinians.