Starting from 1980s different religions “went public” all around the world and reclaimed their agency in the public sphere. However, while in this process of ‘deprivatization’ certain religious traditions such as Catholicism became the focus of many research initiatives, the Eastern Orthodox tradition attracted little scholarly attention.

Starting from 1980s different religions “went public” all around the world and reclaimed their agency in the public sphere. However, while in this process of ‘deprivatization’ certain religious traditions such as Catholicism became the focus of many research initiatives, the Eastern Orthodox tradition attracted little scholarly attention. The book Religion, Identity and Politics in Poland and Russia, which is based on Sevinç Alkan Özcan’s Ph.D. thesis submitted to the Marmara University in Istanbul in 2010, does justice to these two traditions with its focus on the role and stance of the Polish Catholic Church and Russian Orthodox Church within the context of church-state relations, public space, civil society and democratization in two post-communist countries: Poland and Russia. In these two countries, Catholicism and Orthodox Christianity, despite interruptions during the communist rule, play a determining role in church-state relations, political patterns, national identity and social sphere. The book offers a well-structured comparative analysis and valuable insights into the experiences of these two major representatives of Catholicism and Orthodox Christianity in Eurasia during the pre-communist, communist, and post-communist era.

The book consists of five chapters. The first chapters, which is also the introductory chapter of the book, consists of a detailed discussion of church history, the schism of 1054, evolution of church-state relations in modern European history with a particular focus on the relations between Polish Catholicism and Russian Orthodoxy with their respective states. The second chapter, which is the main theoretical chapter of the book, elaborates on the secularization theories and analyzes the link between the secularization process and evolution of public space and civil society in Europe. The role of religion in modernization and nation-building in Russia and Poland are also discussed in the last section. The third chapter focuses on the relations of the Polish Catholic Church with the Polish state after the 1990s and the Church’s direct intervention into the democratization process as a de facto state church. The fourth chapter seeks to address how the relations between the Russian Orthodox Church and the state in the Russian Federation evolved with the dissolution of the Soviet Union from coop-eration and reciprocal support into an ”unholy alliance.” In the last and concluding part the author, careful to avoid generalizations and emphasize particularities of the two cases, pro-vides a concise comparative analysis and evaluation.

Theoretical discussions on secularization after the 1960s form the theoretical basis of this work. Through a thorough theoretical discussion of the concept and processes of seculariza-tion in Europe, the author poses important questions on the processes of secularization in Poland and Russia, particularly focusing on the close relations between the Polish Catholic Church and Russian Orthodox Church with their respective states. Elaborate discussion of these two cases is important, as it allows the reader to question whether secularization is an irreversible process that every society has to go through in the same way, to what extent the experiences of Eastern European societies differ from that of the West in terms of seculariza-tion, and whether the revitalization of religion in post-communist societies and easing of tension between the state and religion pose a challenge to the secularization theory and secu-larization model that was foreseen by the communist regimes.

As the author clearly points out the secularization theories, based on the assumption that modern secular institutional structure of the West (Western and Northern Europe) would be emulated in different parts of the world, have disregarded the experiences of Islamic societies and Central and Eastern Europe with secularization. While classical secularization theories poses modernization and religion as opposites and secularization as an important precondi-tion for the modern state, the role that the religion and particularly the main traditional churches played in the modernization and nation-building processes of the countries in Eastern Europe from the 19th century onwards present us with different secularization pat-terns. As the author aptly describes secularization emerged and followed a different course in Poland and Russia than in Western Europe. This different course has a lot to do with mod-ernization, religious reform, and nation-building processes in these two countries. Moreover, the revival of religion in the region after the 1990s presents a challenge to the secularization thesis. Owing to the first among equals status of the Polish Catholic Church and Russian Orthodox Church vis-à-vis the other religious denominations, the author also describes the church-state relations in the post-communist societies as accommodation, rather than sepa-ration between religious and worldly affairs. The book, therefore, makes a valuable and im-portant contribution to the debate on secularization through a comparative analysis of the two different secularization patterns and transformation of church-state relations in Poland and Russia after the 1990s, and reveals that secularization process is not a universal irreversi-ble process but something specific to a certain period of the European history.

After the discussion of particular secularization experiences of two countries, the book sets to compare the evolution of relations between the Polish Catholic Church and the Polish state and Russian Orthodox Church and Russian state. Both Poland and Russia are mono-confessional countries and these two churches in both countries are closely associated with the national identity. Division of Poland due to foreign interventions, while separating the Polish Catholic Church from the state, led to the identification of the Church with the nation and its definition as the symbol of national unity. While the author rightly criticizes definition of church-state relations in the Byzantine Orthodox tradition as caesaropapist, she argues that starting with Peter the Great’s reforms and Westernization attempts the Church became a state institution and an instrument of the state’s Russification and assimilationist policies in Poland, Belarus, and Ukraine.

The book provides sharp insights into the tension between these two Churches’ urge to gain a privileged public actor status and the requirements of the democratic civil societies in transition to liberal democracy. The Polish Catholic Church under communist rule, par-ticularly after the Vatican Council II (1962-65) and Cardinal Karol Józef Wojtyła was elected as the Pope in 1978, became a constitutive element of civil society. This was not the case for the Russian Orthodox Church, as its main concern was to preserve its unity, rather than resisting against the communist regime and forming a proto-civil society. However, with the fall of the communist regimes both Churches, despite differences in their tradi-tions, started acting against civil society as they both focused their energies on getting their churches and properties back from the state, finding new financial sources, shaping relig-ious education, becoming more active in the political sphere and/or carrying the church agenda to the public sphere.

The author also clearly shows that in the case of Poland and Russia the public space is not a place where different actors fully participate on equal terms. In both countries, new constitu-tions and legal arrangements introduced the separation of state and religious affairs, new regulations on human rights and religious liberties. Despite these regulations the new political authorities in these countries established special relations with the traditional majority churches. Both the Polish Catholic Church and the Russian Orthodox Church dominate over the other actors in the public space with the backing of the state, media, and in the case of Po-land political parties and politicians. The Polish Catholic Church came out of the communist era as the highest moral authority and the strongest institution in Poland. With the Concordat it signed with the Polish state in 1993 it gained a privileged status and with the 1997 Law on Freedom of Religion and Conscience, it gained first among equals status. However, simulta-neously the Church started to lose backing of the people as it directly intervened in politics and adopted an aggressive stance on matters related with religious education, anti-abortion laws, Christian values in the media, anti-semitism, church finances and constitutional debates. Similarly, the religious organization that benefited most from the liberal atmosphere right af-ter the dissolution of the Soviet Union was the Russian Orthodox Church. Even though at-tendance in the Russian Orthodox Church is quite low, it is among the most trusted institu-tions in the post-communist Russia. The 1997 Law on Freedom of Conscience and Religious Associations recognizes the Orthodoxy’s special role in the history, spirituality, and culture of Russia. The author argues that with the end of the Cold War, church-state relations took the form of reciprocal support under Yeltsin, which later on was transformed into an alliance and even a symbiotic relationship under Putin. However, despite the Church’s influence in the public and social sphere, its influence over Russian politics remains limited. Regarding relig-ious pluralism, the author refers to the Polish Catholic Church as an outlier and exception in the Catholic model, but attests that the least pluralist model is in Russia. The Russian Ortho-dox Church has acted as the biggest impediment in the way of religious pluralism in Russia in the post-communist era, alarmed by the challenge posed by the new religious movements, particularly the neo-Protestant churches that became active in Russia after the 1990s as well as demands of separation by the Ukrainian, Estonian, and Moldovan Orthodox Churches.

The book is a theoretical work based on a meticulous interdisciplinary research process and opens up new research avenues for comparative studies on religion and secularization. Therefore, it could be of interests to the reader working in different disciplines ranging from political science, history and international relations to sociology and sociology of religion. The length of the book, detailed account of events and theoretical discussions at certain points could be somehow distractive for the general reader. However, this does not under-mine the valuable contribution it makes to the understanding of the role of religion in Euro-pean history, identity, politics, and public space. 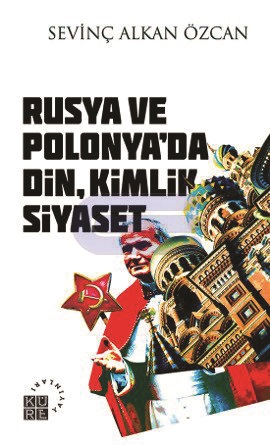 Religion and Law in the Netherlands

The Role of Croatia in Bosnia and Herzegovina: Antemurale Christianitatis as a Policy of Choice