Emily Greble’s Sarajevo, 1942-1945: Muslims, Christians and Jews in Hitler’s Europe is an elaborately detailed portrayal of Sarajevans’ wartime experience. As a unique city with a multi-confessional character, the book seeks to understand how this “idyll survived the calamities that overwhelmed Europe in 1940s” (p. 2). In pursuit of this aim, Greble explores the responses taken by different communities, be it Jews, Muslims, Orthodox Serbs, or Catholic Croats, towards the multi-layered challenges of the occupation crisis and the changes came about as a result.

Greble divides her elegantly written work into seven chapters. Following a chronological order, the book starts in 1941 before the invasion of the city by the ultranationalist Ustasha Croats, and ends with Sarajevo’s inclusion into Tito’s Yugoslavia in 1945. Throughout the book Greble questions how the contradictory loyalties of Sarajevans’ to their state, nation, community and city affected their decision-making processes and actions.

In the first chapter, Greble presents portraits of local community leaders from each confession. Admitting that none of the leaders are representatives of an entire community, she takes them as examples to highlight each groups’ dilemmas, concerns and future projections. She also points out the frictions within confessional communities, referring to the power struggles resulting from desires to assert divergent agendas. Therefore, Greble not only shows the disputes amongst the groups and their reactions towards each other, she also speaks vividly of internal tensions. Interestingly, through these portraits, she also indicates the sense of local solidarity or, in Greble’s words, ‘civic consciousness’ amongst the city members. In fact, through the book the reader sees that due to their many common features, from history to customs, “Sarajevans shared more with each other than with political outsiders” (p. 40).

In the second chapter, Greble analyzes the early months of occupation. She suggests that while the Sarajevan Catholic Croats and Muslims may have welcomed the formation of the new state, they soon realized that “the local understanding of autonomy was in fundamental discord with the Ustasha and German programs” (p. 56). Moreover, she discusses the differing and often conflicting approaches of the Nazi and Ustasha occupiers. It is interesting to see in this chapter how Ustasha leaders behaved very pragmatically, at times siding with Muslims alongside of Croats to gain their support, while at other times focusing solely on artificial, ill-formulated ideological problems such as purifying the state rather than focusing energy on real issues such as the inadequacy of governance. In this chaotic situation, together with an ongoing war, Greble shows that many Sarajevan leaders, regardless of their confessional identity, tried to protect their city and its values.

In the third chapter, Greble demonstrates how the Ustasha authorities defined whom they counted as Aryan and whom as non-Aryan. She states that while these categories were rather fluid, vague and subjective, a Sarajevan elite endured to define their citizens in terms of religion and affiliation to the city. Since religion and race were often acknowledged in Sarajevo as complementary concepts, Greble shows how this was used by Sarajevans to save their Jewish and Roma fellows from discriminatory actions. Greble indicates that Serbs were not spared from subjection to genocidal policies. However, she states that, like their approach to the other victims, “Sarajevans often ignored the Ustasha prescriptions of “foreign” and instead treated many Serbs foremost as Sarajevans” (p. 99).

In the fourth chapter, Greble focuses on two significant issues: the persistent ambiguity of the Croat national idea and the rising emphasis on civic consciousness within the city. She mainly puts Sarajevan Muslims at the center of these identity debates, formulating this problem as, “how to integrate Muslims into the Croat nation without forcing them to abandon their religious identities” (p. 128). In this chapter, Greble also points out a broader assault encompassing all the confessional groups by stating that, “the Ustasha regime made it clear that there would be no room for a Sarajevo variation on the Croat theme” (p. 129). Making an interesting suggestion, she states that an influx of refugees from the countryside crippled an already trembling government; this factor, accompanied by the problems created by identity issues, resulted in a stronger sense of local solidarity amongst Sarajevo’s leaders.

In the fifth chapter, Greble analyzes the ‘Muslim Question’ further. Elaborating the divergent sects within the Muslim community, Greble states that the lack of unity amongst the group members made them more vulnerable. In this regard, challenging the common narrative about the Muslim-Nazi collaboration, Greble suggests that for Muslims this was a matter of ensuring their survival. In this chapter, she also presents the armed resistance movements. Again taking an unconventional standpoint, Greble remarks that the “paradigm of a three-sided civil war is insufficient” in explaining the conflict (p. 149). Once again, she emphasizes the shifting allegiances, showing the reader how inaccurate it would be to label the people simplistically with such binary definitions as Partisan or non-Partisan in this complicated picture.

In the last two chapters, Greble takes the reader through the final phases of the occupation. She shows how “Sarajevans felt besieged from all sides” (p. 180) due to being caught up in a many-sided war, a devastating increase in the regime’s brutality, and the population’s lack of even the most basic necessities. Greble demonstrates how each segment of the society, regardless of their affiliation, felt horrified by the rising terror of the regime and sought answers to break it up. She also states that a sort of resistance was emerging within the city, although most of the population approached the Partisans with suspicion. Portraying the situation very vividly in these chapters, Greble shows the gradual evolution of a total collapse within the city, both physically and psychologically, upon the arrival of the Partisans.

Overall, Greble’s book is an outstanding work in at least three respects. Firstly, Greble provides the reader with many unknown details that challenge the mainstream narratives about Sarajevo, such as that of the Muslim-Nazi Alliance or the Sarajevans’ so-called eager embrace of the Partisans. Secondly, taking an impartial stance, she blends both the positive and negative aspects of the citizens. For example, while she shows the bravery of Sarajevans when they tried to protect their Jewish, Roma and Serb townsmen, she also points out their human flaws as some citizens took advantage of their neighbors’ deportations, confiscating the victim’s properties, or their feelings of disturbance regarding the constant arrival of refugees. Thirdly, Greble does not paint the events in a black and white fashion but instead significantly points out the grey shades. Thus in her work there are no dichotomies but rather an emphasis on a multiplicity of factors.

Aside from the positive attributes and significance of the book, Greble’s work has some weaknesses. One of them is that she tells the story of Sarajevo by focusing more or less on the leaders. Although the leaders can be representative of their communities, they may not always reflect the individual dynamics, feelings and experiences of ordinary citizens. In this regard, it would have been surely very interesting to read more about the experiences of Sarajevan citizens in addition to the local leaders. Another point is that, although this is an in-depth study about Sarajevo, the city’s place in the larger context of Bosnia is not presented, an omission which does not give the reader the broader picture. Finally, even though ‘civic consciousness,’ as Greble names it, is beautifully put through the book, it can be still argued that a part of the struggle to keep Sarajevo together in terms of values and other dimensions did not have its roots in the citizens’ sense of local solidarity, but was rather a necessity for survival within this hostile environment.

Sarajevo, 1942-1945: Muslims, Christians and Jews in Hitler’s Europe is an exceptional book that tells the wartime story of a unique city. It is an absolutely significant contribution to the literature and a must-read for those who are interested in Balkan history in general and Sarajevo in particular. 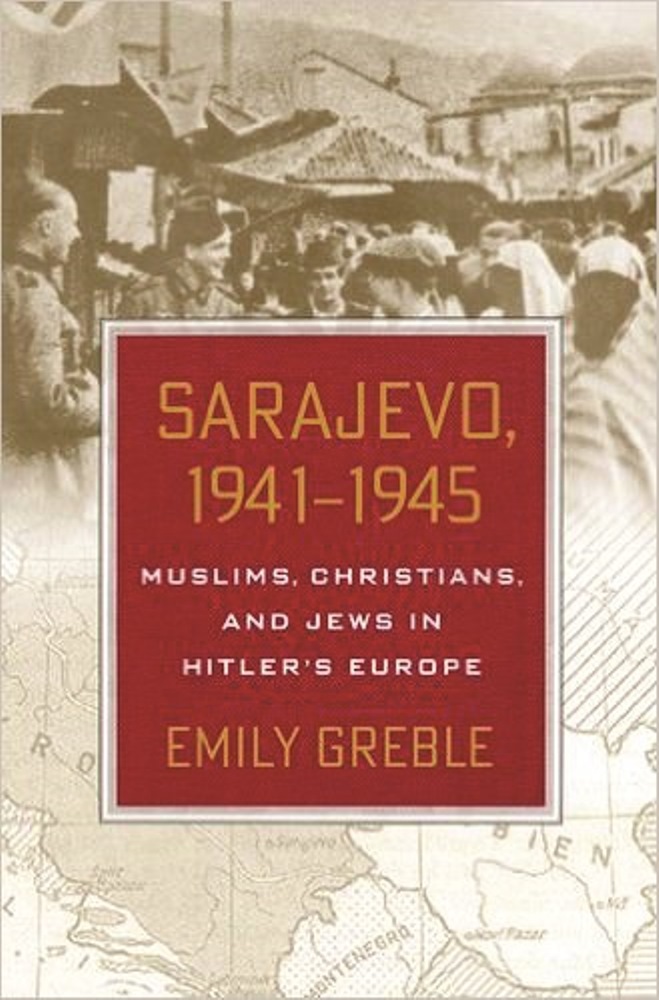 The Securitization of the Uyghur Question and Its Challenges