State Formation and Identity in the Middle East and North Africa

Christie and Masad analyze the role of State Formation and Identity in the Middle East and North Africa (MENA) region by bringing together an impressive compilation of papers presented at the 13th Mediterranean Research Meeting. This research focuses on the period after the Arab Spring, which has drawn attention to crucial elements in assessing the way states are formed, stay together, and react to the forces of globalization. Focusing on the particular contexts of Jordan, Saudi Arabia, Egypt, Algeria, Lebanon, and Bahrain, the authors argue that states in the MENA region have had different implications and consequences, which stem from the politics of identity and the historical and political processes that they have faced in their development.

Christie and Masad analyze the role of State Formation and Identity in the Middle East and North Africa (MENA) region by bringing together an impressive compilation of papers presented at the 13th Mediterranean Research Meeting. This research focuses on the period after the Arab Spring, which has drawn attention to crucial elements in assessing the way states are formed, stay together, and react to the forces of globalization. Focusing on the particular contexts of Jordan, Saudi Arabia, Egypt, Algeria, Lebanon, and Bahrain, the authors argue that states in the MENA region have had different implications and consequences, which stem from the politics of identity and the historical and political processes that they have faced in their development.
Christie and Masad highlight that research is still in its infancy and a coherent theoretical framework is required to analyse the role of religious and ethnic identities on state formation in the region. They identify three distinct directions that potentially yield a more comprehensive understanding. First, to theorize the different ways religion and ethnicity interact, compete and complement state formation processes from a historical and political perspective. Second, to theorize the “state as an entity, with a focus on its ideological substance and biases” in order to uncover the different approaches of the states in dealing with questions of religion, ethnicity, and identities linked to them. Thirdly, to theorize “the complex relationship between globalization and states in the MENA,” examining for example, whether globalisation has strengthened democratization or caused more fragmentation?

Drawing on dependency theory, Marion Boulby in Chapter Two offers a different perspective on the intricacies of identity and state formation in relation to the development of the world market and the “rise of elites owing allegiance to extra regional powers.” Boulby provides a narrative of state development in the Arab world, and traces how, on a general level, the Arab historical trajectories have been shaped by factors, such as Western European colonialism and capitalism, the two World Wars, and now, the Arab Spring, which have tried to impose identities from above.

In chapter three, Nur Köprülü problematizes Jordanian state building by explaining how Jordanian nation building discourse turned out to be based on the idea that Palestinians and Jordanians formed one single nation. This construction has given rise to dilemma with the opposing preferences of Jordanians and Palestinian-Jordanians with the Kingdom’s peace treaty with Israel in 1994. She suggests that while on the one hand, the “Palestinian national identity had been rooted in the struggle with Israel; on the other hand, the core component of national identity construction was closely related with the state formation, the Hashemite Kingdom, for Jordanians.”

With the Arab Spring, Jordan’s deeply rooted dual identity question re-erupted. Questions dealing with the monarchy’s legitimacy, Palestinians discontent with the Kingdom’s normalization of relations with Israel, and opposition of Muslim Brother Society and Islamic Action Front (IAF), have further demonstrated the increasing social and political unrest. The Jordanian case stands out among similar others in the region with “the tone of public demonstrations calling for more political reformation, rather than asking the fall of the monarchy.”

In chapter four, Sebastiano Andreotti explores Ikhwan’s state formation in Saudi Arabia from historical and contemporary perspectives by questioning why the Arab Spring did not affect some of the more traditional monarchies. He mentions Abdul Aziz Ibn Saud’s ability to stifle the tribal nature of political and military movements and his use of religion as unifying glue as an explanation. The relevance of this discussion is apparent today when considering the current process of the “re-Islamization in the whole Middle East, the role of Islamic movements and parties in reshaping the political framework of these countries.” He concludes that “if the taming of tribalism, has been the winning element of Middle Eastern monarchies,” then Saudi Arabia certainly has to be considered a story of success – whose effectiveness “seems to persist even in the face of the recent pressures posed by the events of the Arab Spring.”

Chapter five focuses on why Bahrain’s political liberalization reform could not conciliate the discontent amongst its majority Shi’a population. With respect to the protests of February 2011, Magdalena Karolak highlights the divisions between the dominant Sunni elite and the mainly Shia opposition. The author examines the interaction between identity and legitimacy in Bahrain from its inception to the present, and questions their success. She argues that the Kingdoms’ attempt to move towards becoming a modern state has been undermined by the Arab Spring and by the recent sectarian split. Bahrain represents one of the most intriguing and unique cases of the Arab Spring mainly because it is “one of the few Gulf countries where political and social change appeared imminent,” and where the very concept of identity has complicated the political system.

In chapter six, Sebastian Elsasser provides an account of the relationship between Christians and Muslims in Egypt and its effects on state formation. The author focuses on Egypt’s century-old attempts to build a modern nation state, analyzing the Muslim and Coptic revivalisms, which led to different outcomes today. Marked by divisions, intolerance and distrust, Elsasser considers the challenges and prospects of a more inclusive state. By focusing on how Copts have been conceived within discourses of patriotism, nationalism, and citizenship, particularly during the Mubarak era, the author explores a larger debate in Egyptian national identity. Paying special attention to the neglected diversity of voices within the Coptic community, he argues that the revolution has opened an opportunity for Copts to “express their concerns (more) openly, and for all Egyptians to engage in serious discussions about the future of national unity and look for political solutions.”

In chapter seven, Lisa Watanabe analyzes the “Berber question” against the historical backdrop of French colonialism, the Algerian national movement, and the rise of the nation-state. Despite the opportunities represented by the Arab Spring, why has Algeria’s Berber community failed to enhance its status and identity within the country? For a community with supranational ties like the Berbers, the challenge lies in affecting reforms within “country specific contexts” that accommodate their “cultural and political” rights and demands. According to Watanabe, the Berber community’s continuous rejection of an Arab-Islamic vision that has defined the post-colonial Algerian state may help to explain the apparent Algerian exception to the Arab Spring.

In the final chapters, Bouchra Bouyoub explores the paradoxical political entente between Hizbullah and the Free Patriotic Movement in Lebanon. By highlighting the intricacies of Lebanon’s political situation, the author considers at length a memorandum of understanding (MoU) between both groups and highlights the “nuances and difficulties in the contested categorization of religion and ethnicity and state formation.”

It is worth noting that the Arab Spring has shaken “some of the foundational cores of the region’s democratic recalcitrance” and questions of religion, ethnicity, and identity have come to the fore. This book offers a collection of rich and in-depth analyses and explorations of a region that is known, yet still so difficult to grasp by many. This book aims to bring the state to the centre of debate, to “demystify” its role and question it in relation to religious and ethnic identities. 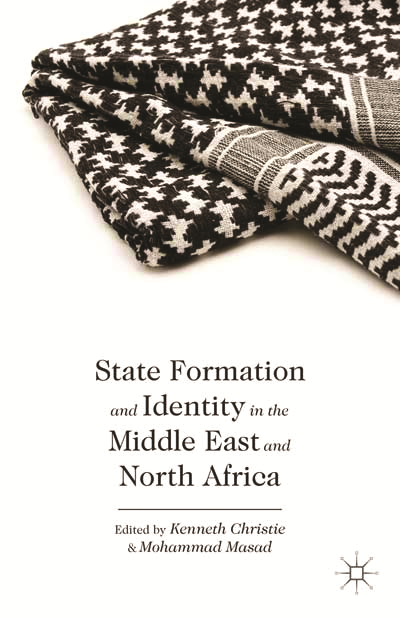 For a New Alterity of Islam in European Perspective