The Circassian: A Life of Esref Bey, Late Ottoman Insurgent and Special Agent

The Circassian is a successful attempt in two ways. Firstly, Fortna’s chronological design of the account allows the reader to follow Eşref’s different activities step by step. Each chapter covers a mission, a war, or a specific case. This helps the author to create a holistic account. The book is informed by Fortna’s detailed knowledge of the context and the world around his subject. The second strength comes from Fortna’s management of an array of sources, which include the diary of Pervin (Eşref’s second wife), archival material from several countries, personal letters, travel accounts, encrypted telegrams, and secondary literature. The author is scrupulous in his use of primary sources.

Kuşçubaşızade Eşref (d. 1964) is probably one of the most complicated and elusive figures in the transformation period spanning the end of the Ottoman Empire and the beginning of the Republic of Turkey. Today, he has a controversial reputation within the country. Some view him as a heroic figure for his pan-Islamist and pan-Turkic operations to save the Ottoman state. Others view him as a traitor to his country because he did not follow the orders of Mustafa Kemal and the new parliament in Ankara. These two extremes are due in part to the paucity of information about and misinterpretations of his missions and the Special Organization (Teşkilat-ı Mahsusa) of which he was a part. In his new book, The Circassian: A Life of Esref Bey, Late Ottoman Insurgent and Special Agent, Benjamin Fortna considers the controversy about Eşref’s life misleading; he therefore tries to objectively describe and contextualize Bey’s story. Fortna contributes not only to Eşref’s biography, but also to current knowledge concerning the groundbreaking events and institutions of the first decades of the twentieth century. To bring forward his compelling new interpretation, Fortna was fortunate enough to have access to a trunk full of Eşref’s documents –containing papers, memoirs, seals, paintings, and telegrams that had remained undisturbed since Eşref’s death– granted to the author by Eşref’s descendants (p. 1).1 The resulting account thus contains illuminating details concerning the fragmented history of late nineteenth and the early twentieth century Turkey, such as the essence of the relation between Eşref and the founder of the Turkish Republic, Mustafa Kemal.

The book is divided into nine chapters. The first describes the organization of the book, the approach of the author, and the concepts he finds significant concerning Eşref’s life. The next concentrates on Eşref’s early years, including his education, his internal exile in Arabia in 1900 after his father’s altercation with the sultan, and his settlement in Izmir after receiving an imperial amnesty. The remaining chapters each focus on one of Eşref’s missions or his presence in a particular country. In chapter three, which covers the year 1911, Fortna describes Eşref’s mission to raise Bedouin forces against the British in Libya together with his fellow “self-sacrificing officers.” The fourth chapter covers Eşref’s adventures in Thrace during the first Balkan War in 1912, and the short-lived Independent Government of Western Thrace (1913). The following two chapters cover a three-year period of World War I. Eşref was asked by his commander to create a special task force to suppress the Arab revolt and to deliver a shipment of gold for the Ottoman army. During this mission, Eşref was ambushed, captured, and sent to Cairo. Chapter seven describes Eşref’s brief internment in the British prisoner-of-war camp at Malta. Upon Eşref’s return to Anatolia, Mustafa Kemal tasked him to raise local Circassian leaders against the Greeks. Instead, he recruited locals to create his own task force. The new parliament then labeled him a traitor and exiled him. In the last chapter, “Aftermath” Fortna covers the last phases of Eşref’s life, and makes a general overview. According to the author, Eşref had a strong sense of historical consciousness. Indeed, it is obvious from his papers (such as My Lessons for History), a diagram that shows the evolution of his signature, detailed letters and collections.

The Circassian is a successful attempt in two ways. Firstly, Fortna’s chronological design of the account allows the reader to follow Eşref’s different activities step by step. Each chapter covers a mission, a war, or a specific case. This helps the author to create a holistic account. The book is informed by Fortna’s detailed knowledge of the context and the world around his subject. The second strength comes from Fortna’s management of an array of sources, which include the diary of Pervin (Eşref’s second wife), archival material from several countries, personal letters, travel accounts, encrypted telegrams, and secondary literature. The author is scrupulous in his use of primary sources. For example, when Eşref was a prisoner in Malta there were some missing letters to and from Pervin. In such situations, Fortna tries to fill the gap with deductions from Pervin’s diary. Likewise, he extends the description of Eşref’s brother Sami’s actions on the Aegean coast by referring to Wyndham Deedes’ papers in the Oxford Archives (pp. 47-48). Scouring all of these various sources to piece together the details of Eşref’s life gives Fortna’s work an air of comprehensiveness. But, as the reader shall soon see, it also makes the book a bit problematic.

Was adventurous Eşref a hero? Was he, as his memoirs say, at the center of each groundbreaking event? Was he really so patriotic as to risk everything in his life, as Pervin asserts? These questions are not among Fortna’s concerns. Rather, he wants to show Eşref’s life beyond the limits of his controversial fame. Therefore, in each chapter he depicts a wide range of cases and stories concerning the theme of that part. In doing so, however, the account suffers from the plentitude of its primary sources, which results in an overly person-centered approach. This is a pitfall for all biographers, and can result in a neglect of the broader context in which their subjects’ lives unfolded. Fortna’s multitude of sources and his telling of the story through the lens of Eşref’s own words make the account more descriptive than it should be, and sometimes lead to a lack of contextualization. In a broader perspective, having a lot of detailed narratives corrupts the plot and sometimes leaves the reader unsure of how the various independent stories fit together. To illustrate, for Eşref’s Adapazarı missions in the first years of the Republican era, the author develops the account mostly from the viewpoint of Eşref and his household. The reader is less informed about what was going on in Ankara. This makes it difficult to understand the context, and the parliament’s motives in exiling Eşref.

The biggest merit of The Circassian is that it is the only academic monograph devoted to Eşref Bey. Moreover, it suggests a new narrative for the fragmented political arena of the early twentieth century. Eşref’s activities sometimes led his commanding officer to prepare his men for a new battle; such instances show the reader how a single person affects the decisions of the government. This point and Fortna’s overall tone extend the author’s intended audience beyond academics to include the broader reading public, those interested in historical biography writing, students of the late Ottoman Empire and the initial decades of the Republic of Turkey, and people outside of academia who wish to learn about the personal carrier of a self-sacrificing officer in the transition period. 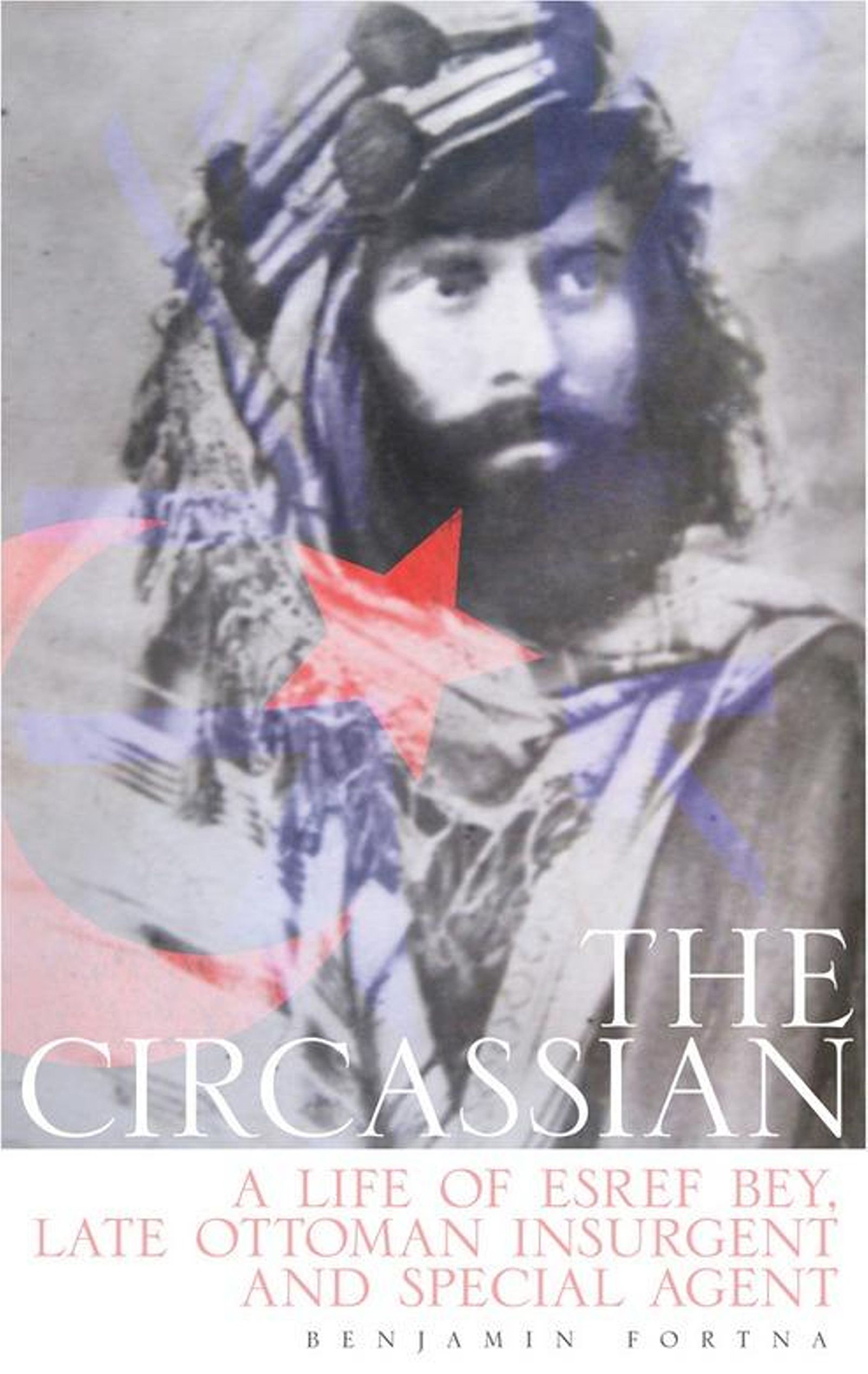