The book is a conceptual journey through the concept of Salafism, which removes ambiguities for the readers, particularly saving readers from being trapped in the conceptual chimera which emanates from the presumptions inherent in the prevailing, mis-constructed history of Salafism. Lauzière reconceptualizes Salafism and makes it clear for the 21st century readers.

The Making of Salafism is an extensively researched book on the concept of Salafism, about which a plethora of ambiguities prevail among historians of Islamic intellectual history. Henri Lauzière traces the genealogy of the term and concept of ‘Salafism.’ His well-considered endeavour for conceptualizing Salafism departs from the methodologies of other historians who have misunderstood the term and thus misrepresented the history of Salafism. Lauzière, throughout the book, shows the complexities of defining Salafism, which has gotten a different semantical thrust in different temporal and spatial contexts. For him, grappling with the question, ‘what is Salafism?’ has been the contentious part of the project of defining the term, which cannot alone resolve the deep-seated confusion surrounding the meaning and historical origins of this concept.

Lauzière’s project in this book is not to give the proper definition or even attempt to comprehensively define the term. His project here is to untangle the ambiguities and confusions that have emerged across space and time. He offers a critique of the existing trend among the scholars who uncritically take up the concept for further analysis without giving much heed to the mistakes inherent in the concept, and thus become trapped in the web of ambiguities that surround it. According to Lauzière, confusion over the term Salafism has created a number of mistaken and false narratives in the history of the development of Islamic thought and reform.

Lauzière’s aim is to go back to the primary sources which have been neglected; he argues that study of the concept of Salafism has until now been based on secondary sources, and that this problem has to be confronted by proposing new methodologies for the concept. This brings him to a “methodological reversal” of the primary sources to find out the different historical and intellectual engagements with the term. As he says in the Introduction, “I examine the historical process by which various intellectuals came to shape and defend the concept of Salafism in ways that we now take for granted” (p. 3).

Lauzière’s task of reconceptualizing the term ‘Salafism’ involves two methods: deconstructive and constructive; the former involves a rejection of the presumptions and pre-conceived notions regarding the concept, which functions to demythologize the term ‘Salafism,’ while the latter refers to the project of searching for the term’s history in the primary sources, and finding the new meanings of the term in the context of the current milieu of the twentieth century.

Lauzière comes up with an argument that ‘Salafism,’ as we understand it today as a term for a religious orientation, is a new and recent phenomenon. To prove this point, Lauzière looks at the two strands of Salafism which are present in the intellectual debate today, namely ‘Modernist Salafism’ and ‘Purist Salafism.’ The former was used as part of the reconciliation of religious orientation along modern lines. This strand was propounded by Jamal al-Din al-Afghani, Muhammad Abdu, and Rashid Rida. However, at end of the discussion and throughout the book, Lauzière tries to establish that it was a misconception on the part of historians to classify these reformers under the rubric of Salafi ideology; in fact, their sole intention was the reconciliation of religion and modernity, and they never called themselves as Salafi. Lauzière therefore questions the validity of considering Modernist Salafism as a category. Purist Salafism is oriented toward religious purity; its adherents reject all the reprehensible innovations that have influenced religious matters, and consider themselves ‘ancestralists’ who follow and conform to authentic sources such the Quran and Sunnah (Prophetic traditions). Lauzière notes that this second strand of Salafism is widespread today, and states that “to many of its detractors, this form of Salafism is virtually synonymous with Wahhabism, a conservative approach to Islam that prevails in Saudi Arabia.”

Lauzière traces the conceptual incongruity and the chronological discrepancy between the two paradigmatic conceptions of Salafism. Purist Salafis argue that the idea of Salafism began immediately with the revelation, but they agree that there was no term of Salafism to refer to this reality. Lauzière understands the project of Purist Salafis to situate the term ‘Salafism’ in the Abbassid era, and exposes the misleadingness of such claim by stating that the term Salafi was used by the followers of Hanbali theology; the reality is that this term was used only from the 12th century onwards. He criticizes western academics for taking this claim at face value without referring to the factual accounts, and exposes the self-contradictions of Western academics who claim that “Salafiyya is a label that emerged in the nineteenth century to designate an Islamic modernist movement” (p. 11).

The purpose of this book, in Lauzière’s words, is to trace the making of Salafism as concept in both its modernist and its purist versions, and to explain how the latter supplanted the former. Therefore, the book follows the method of engaging with the Salafi ideology of Taqi al-Din al-Hilali, a Moroccan scholar, although it is not meant to be an ‘intellectual biography.’ Rather, the making of Salafism emerges through an analysis of the different perspectives of scholars from the period of Hilali, and how they contributed to the ‘formation and transformation of Salafism’ across different contexts. The book has three “constructive” arguments: First, to prove that Salafism is a phenomenon of the 20th century, and to say that Purist Salafism is a product of the last hundred years, so as to depart from the previous misconceptions of Purist Salafism as the product of medieval reformers. The second argument is to explain that Purist Salafism was not as conservative as today’s Salafism; rather, its adherents accommodated political considerations so as to go beyond the pure religious orientation, especially between the 1920s and the 1950s. In other words, their religious radicalization has limits. The third argument is that Purist Salafism, after all the political considerations were over, transformed its ideas from accommodative behaviour to a religious purity which rejects modernist ideas under its rubric.

The book consists of six chapters. After a well-theorized introduction, the chapters are organized systematically. Chapter one delineates the historical and conceptual framework of Salafism, and sets parameters for studying Salafism. Chapter two outlines Rashid Rida’s relationship with Wahhabism, for which he nurtured scholars from different regions such as Hilali who is considered as one of the main figures of Salafism.

Chapter three discusses Salafism in colonial times and shows the rise of Purist Salafism and its reconciliation with Modernist Salafism for political favours, while chapter four examines Salafism in the context of Morocco and the emergence of modernist ideas, thus giving shape to Modernist Salafism in Morocco. Chapter five takes up the post-independence conceptions of Salafism, tracing the ruptures between both strands of Salafism and exposing the stages of “religiously radicalized Salafism,” while chapter six discusses how the purists supplanted the modernists.

The book is a conceptual journey through the concept of Salafism, which removes ambiguities for the readers, particularly saving readers from being trapped in the conceptual chimera which emanates from the presumptions inherent in the prevailing, mis-constructed history of Salafism. Lauzière reconceptualizes Salafism and makes it clear for the 21st century readers. 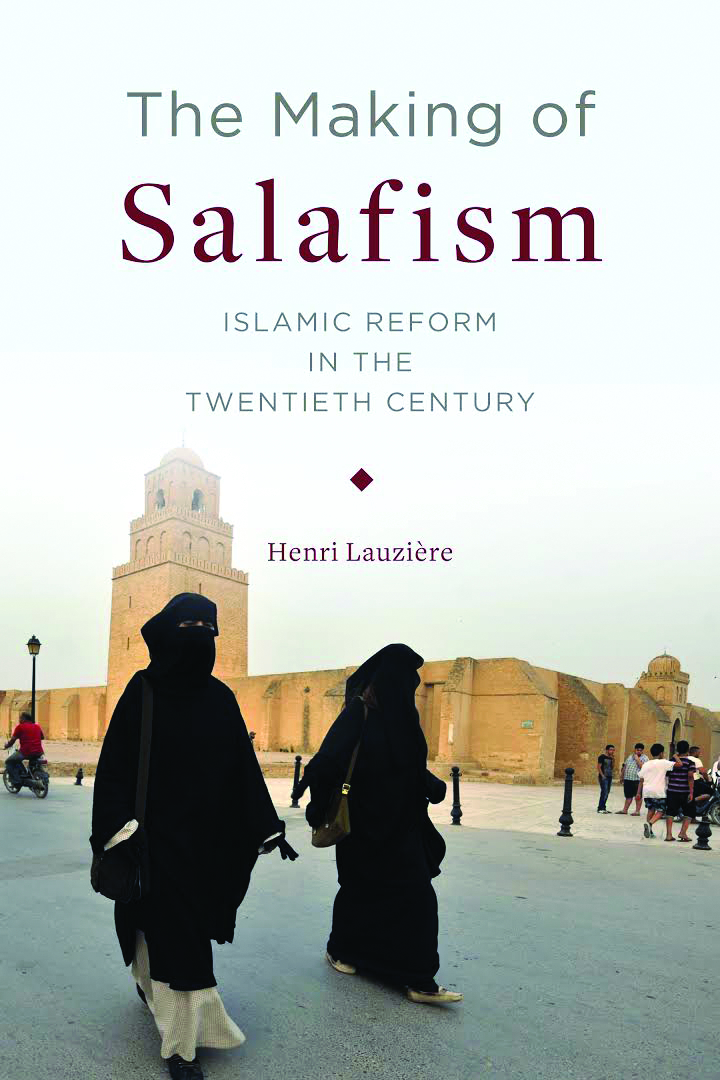