Based on extensive literature and fieldwork research in international relations, intellectual history and political thought, Cemil Aydin has written an exceptionally detailed account of the boundaries and horizons of pan-Islamic and pan-Asian thoughts on world order.

Based on extensive literature and fieldwork research in international relations, intellectual history and political thought, Cemil Aydin has written an exceptionally detailed account of the boundaries and horizons of pan-Islamic and pan-Asian thoughts on world order. Although his research on the intellectual journey of these two main anti-Western movements only covers the period from the early nineteenth century through to World War II, it still has relevance to today as we speak of “the rise of the rest” and/or “the Second World”.

Consisting of eight chapters, The Politics of Anti-Westernism in Asia explains how both Muslim and Japanese intellectuals first viewed the West as “universal”, then as “imperialist”, and finally they rejected the West, a rejection that paved the way for the rise of pan-Islamic and pan-Asian visions of world order. The main question of the book is whether anti-Western critiques are reflections of discontent with the international order or a nativist rejection of Western-originated universal modernity (p. 3).

Aydin contends that the pan-Islamic and pan-Asian visions of world order emerged during the late nineteenth century partly in response to the perceived rejection by the West of its own claims of universality; therefore, in their early stages the two anti-Westernist visions were directed at criticizing the “uncivilized” acts of European imperialism. For that reason, it was not surprising that most of the Muslim reformers in the Ottoman state saw Western values, norms and institutions as universal and could be used, shared and owned by the world, and were not particular to Christianity (p. 21).

It was the 1905 Russo-Japanese War, Aydin argues, that reflected upon the legitimacy crisis and structures of the imperialist world order promoted by the West. This war was not only a turning point in the history of anti-Western critiques but also ended the legitimacy of the existing Eurocentric world order (p. 91). According to Aydin, it was this very legitimacy crisis that led to the boom in the search for alternatives and the rise of both pan-Islamic and pan-Asian thoughts. Seen from this angle, Aydin convincingly argues that pan-Islamism was accepted by both secular and Islamist intellectuals as a foreign policy option during the World War I, not for the creation of Islamic unity but rather as “a realist policy option” (p. 94), and that the main reason behind the creation of a new vision of world order, pan-Islamism, was the legitimacy crisis that the Eurocentric world order was facing due to a claim of superiority of the Aryan race and the rejection of others, like Muslims, as possible parts of international order.

Before World War I, pan-Islamic and pan-Asian thoughts were increasingly seen as alternatives not only in intellectual circles but in foreign policy ones as well. However, in the wake of the World War I the international environment and the elements of legitimacy changed, making pan-Islamic and pan-Asian visions of world order lose their appeal, especially with the rise of nationalist movements influenced by Wilsonianism, socialism, and the principle of self-determination (p. 127). The Turkish Republic was based on these new ideas, leaving the pan-Islamic vision in vain, while Japan followed another path based on a pan-Asian vision until the World War II.

Aydin’s book is timely and sheds lights on the current discussions on global order, pan-Islamism and pan-Asianism as it brings a much-needed historical background to the world order debate. Returning to the main question of the book, he argues that it was the legitimacy crisis of a single, globalized, international system represented by the West that produced both the pan-Islamic and pan-Asian visions of world order and not a nativist rejection of the West. From Aydin’s historical accounts, one can infer that whenever a dominant vision of global order loses legitimacy, alternatives rise. In other words he implicitly argues that for a better understanding of “the rise of rest” or resistance, one should look inside the West and its policies that created the legitimacy crisis of its existence in the eyes of “the rest” rather than focusing and blaming “the rest”. However, this observation also points to a weakness of the book in that he does not explicitly touch upon the significance of both the pan-Islamic and pan-Asian visions of world order in the twenty-first century. Had a chapter on the meaning and the significance of both visions today been added, Aydin’s study would not only bring an historical background to the debate but also relate it to the current discussions, thus making it a must-read book.

Despite this minor deficiency, Aydin’s work is extremely well researched and well argued, and full of details and insights that are crucial for those who are interested in East-West relations and contextualizing anti-Westernism. If for nothing else, the author must be credited with his immense expertise in discussing two difficult fields, Asian and the Middle Eastern studies, and his ability to present it in a Western context with its terminology and understanding without losing the essence. 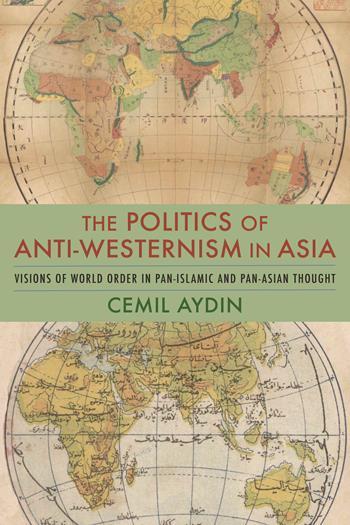 The Work of Peace: History, Imperialism, and Peacekeeping