The Seljuqs: Politics, Society and Culture

After the passing of such researchers in Seljuq history as Osman Turan, İbrahim Kafesoğlu, Mehmet Altay Köymen, Faruk Sümer, Sergei G. Agajanov, Claude Cahen, and Ann K. S. Lambton, there was, from the 1970s onwards, a serious dearth of studies in the field, both in Turkey and Europe.

After the passing of such researchers in Seljuq history as Osman Turan, İbrahim Kafesoğlu, Mehmet Altay Köymen, Faruk Sümer, Sergei G. Agajanov, Claude Cahen, and Ann K. S. Lambton, there was, from the 1970s onwards, a serious dearth of studies in the field, both in Turkey and Europe. However, it is with great pleasure that we state that from the 2000s on-wards, Seljuq studies have been revivified by the training of new young researchers in the field and by the organisation of symposia and the publication of new books and articles, among which is the book reviewed here.

The book in question contains 15 papers originally given at the 14-15 September 2008 Edin-burgh conference on “The Seljuqs: Islam revitalized?”. The book consists of three sections containing these fifteen articles, prefaced with a “List of figures” (p. vii), an “Acknowledge-ments” (p. ix), a “List of abbreviations” (p. x) and an editors’ “Introduction” (pp. 1-9).

As the introduction (pp. 1-9) states, the volume seeks to engage with areas going beyond the traditional scholarly concerns with political and military history, through explorations of such themes as ideology, legal theory, justifications of authority, the politics of ritual, dis-play, spatial organisation, and the relationships between nomads and settled peoples.

The first section of the book deals with the Central Asian origins of the Seljuqs and their concepts of political authority and legitimacy. C. Edmund Bosworth’s “The Origins of the Seljuqs” (pp. 13-21) deals with the origin of the Seljuqs in the Turkish tribe of the Oghuz and discusses the portrayal of the Oghuz by travellers and chroniclers of various nationalities, including their negative portrayal by Islamic geographers such as Ibn Fadlān. Finally, it dis-cusses the legendary account of the origin of the Seljuqs in the Malik-nāma and the problem-atic question of the relations between the branch of the Oghuz who were to become the Sel-juqs and the senior Yabghu line of the Oghuz who remained pagan until the turn of the mil-lennium.

Carole Hillenbrand (University of Edinburgh) discusses the court life and ceremonies of the Seljuqs and their relations to earlier cultures in “Aspect of the Court of the Great Seljuqs” (pp. 22-38). First, she analyses the presentation of court life in the frontispiece of the Kitāb al-Diryāq of Pseudo-Galen, which presents the world of the Seljuqs in microcosm, stressing the informality of the central presentation of the ruler as opposed to representations of court life in classical sources. She then analyses three important aspects of court life: the nawba, or drum-beating ceremony, and its significance in bestowing degrees of status to adjunct rulers; the role of men of letters at the Seljuq court and court rivalry between poets; and finally, the importance of hunting as the sport of sultans. These three aspects are then analysed in terms of the assimilation of Persian culture: while hunting was a natural extension of the culture of the steppe, the presence of literary scholars at court was something entirely new, and the nawba ceremony, in which ancient Turkic colour symbolism was retained, was a composite of Muslim and pagan Turkic culture.

D. G. Tor (University of Notre Dame), in “‘Sovereign and Pious’: The Religious Life of the Great Seljuq Sultans” (pp. 39-62), discusses the religious life of the great Seljuq Sultans, and takes an intermediate position between the original view of the Seljuqs as Sunni heroes and the revisionist view, which stresses their persecution of the Abbasid caliphs, and their use of religion for propaganda purposes. She provides textual evidence of the Sultans’ religious scruples and deathbed confessions, their relationship with Sunni men of religion, saints and shrines, and the apparent effect of their religious convictions on their public policy.

Songül Mecit (University of Edinburgh), in “Kingship and Ideology under the Rum Seljuqs” (pp. 63-78), discusses the evolution of the official ideology of kingship under the Rum Seljuqs in the reigns of ‘Izz al-Dīn Kilij Arslan II, ‘Izz al-Dīn Kay-Kāwūs I and ‘Alā’ al-Dīn Kay-Qubād I. She shows that while the inscriptions and other sources from these periods describe an ideal rather than a reality, they are nevertheless significant political tools.

A. C. S. Peacock (British Institute at Ankara), in “Seljuq Legitimacy in Islamic History” (pp. 79-95), analyses the way in which the Seljuqs justified their grip on political power, and sug-gests that their most lasting legacy was in fact not any of their specific achievements, but rather the use to which their name could be put as a means of legitimising authority by future generations.

The second section of the book deals with Seljuq society. Jürgen Paul (University of Halle), in “Arslān Arghūn – Nomadic Revival?” (pp. 99-116), discusses the career of Arslān Arghūn and his attempt at establishing a Khurasan, during which he established his rule at Merv and Balkh. Although in the latter period he relied for support on Turkmen warriors and followed the policy of tearing down city walls and fortresses, the question of whether he was in fact a nomadic leader and whether his short period of rule was one of nomadisation or renomadi-sation must, Paul concludes, be left open.

Vanessa Van Renterghem (Institut National des Langues et Civilisations Orientales, Paris), in “Controlling and Developing Baghdad: Caliphs, Sultans and the Balance of Power in the Ab-basid Capital (Mid-5th/11th to Late 6th/12th Centuries)” (pp. 117-138), discusses the rela-tions between the Seljuq Sultans and the Abbasid capital from Tughril Bey’s first entry into Baghdad until the beginning of the reign of the Caliph al-Nāsir. She begins with an analysis of the balance of power between caliphs and sultans from the period of Seljuq domination to that of Abbasid recovery, questions the concept of ‘Sunni revival’ as a deliberate and organ-ised policy of the Seljuqs, discusses urban development in Baghdad in Seljuq times and the way in which the shared control of the Seljuqs and the Abbasids over the city functioned, and concludes that Seljuq rule over the city increased the integration of Baghdad into the eastern Islamic world.

Daphna Ephrat (The Open University of Israel), in “The Seljuqs and the Public Sphere in the Period of Sunni Revivalism: The View from Baghdad” (pp. 139-156), continues the analysis of Seljuq Baghdad by putting forward a new approach to the question of the rela-tionship between the official and public spheres during the period of Sunni revivalism. It challenges the view of the Seljuqs as an alien élite estranged from the society it ruled through an analysis of the role of patronage, the relationship of the ruling class with schools and factions and the Sultan’s contact in public spaces with ‘the people of the Sunna.’

Christian Lange (Utrecht University) discusses the transformation of the office of market inspector (muhtasib) during the Seljuq period in “Changes in the Office of Hisba under the Seljuqs” (pp. 157-181). The muhtasib is seen as negotiating the boundaries between the in-violability of Muslim households and the dictates of government. Lange discusses the role of the muhtasib under the Umayyads and the early Abbasid caliphs, focusing on what he sees as two contrasting prototypes in the persons of the pious Abū Sa‘īd al-Hasan b. Ahmad al-Istakhrī and the obscene and scatological poet Ibn al-Hajjāj. He then shows how, under the Seljuqs, more interventionist and repressive punishments were brought into force with a new emphasis on the subjugation of women and ignominious parading for offences against public decency.

David Durand-Guédy (University of Halle), in “An Emblematic Family of Seljuq Iran: the Khujandīs of Isfahan” (pp. 182-202), gives us a new perspective on the rise and fall of a (Shāfi‘ī) family of religious scholars brought to Isfahan by Nizām al-Mulk, showing how their relationship with the Seljuqs was a classic example of an alliance between knowledge and power and how their conflict with the Hanafī community led by the Sā‘ids was not simply a matter of doctrinal difference, but of power and the control of wealth.

The third section of the book goes on to deal with the question of culture. Robert Gleave (University of Exeter), in “Shii Jurisprudence During the Seljuq Period: Rebellion and Public Order in an Illegitimate State” (pp. 205-227), argues that Shii jurisprudence during the early Seljuq period was not as dependent on imitations of al-Tūsī as was previously thought, and that opposition to certain aspects of his thought was not confined to his more well-known critics, such as Ibn Zuhra and Ibn Idrīs, but was also to be found in dynamic debates among his pupils.

Massimo Campanini (L’università degli studi di Napoli ‘L’Orientale’), in “In Defence of Sunnism: al-Ghazālī and the Seljuqs” (pp. 228-239), places al-Ghazālī’s political thought within the context of the Seljuq sultanate and the Abbasid caliphate. He argues that the Sel-juqs, despite their defence of the caliphate against its adversaries, were its enemies in the sense that they effected the transformation from an Islamic state to an Islamic model of the state dependent on their temporal political power. Al-Ghazālī was well aware of the realities of this new order and believed that religion could only be supported by a strong political power, and that forty years of tyranny were better than a week of turmoil, yet he neverthe-less recommended wise men and sufis to stay clear of both caliphs and sultans.

Vahid Behmardi (Lebanese American University), in “Arabic and Persian Intertextuality in the Seljuq Period: Hamīdī’s Maqāmāt as a Case Study” (pp. 240-255), uses Hamīdī’s Maqāmāt as an example of the way in which previous Arabic texts were used by authors us-ing the Persian language and creating a new Persian literature. This was not merely a process of imitation, but incorporated new rhetorical strategies, such as the creation of a mystical atmosphere through the use of an anonymous narrator and main characters.

Scott Redford (Georgetown University), in “City Building in Seljuq Rum” (pp. 256-276), discusses rebuilding and architectural recycling in the medieval cities of Sinop, Antalya, Konya, and Alanya and shows how inscriptions from this period reveal tensions between the sultan and the ruling élite.

Finally, Robert Hillenbrand (University of Edinburgh), in “The Seljuq Monuments of Turk-menistan” (pp. 277-308), gives us an account of the setting, distribution, and political context of a compact body of medieval monuments – mausoleums, mosques, and palaces – in Turk-menistan. He discusses their baked brick construction, its parallels with the Justinianic ar-chitecture of the Eastern Mediterranean and differences from the more decorative Iranian styles, and closes with a detailed description of the mausoleum of Sultan Sanjar (1118-1157), ‘a dry run for the Taj Mahal.’ This chapter is illustrated with a number of impressive black and white photographs. The book ends with an index (pp. 309-318).

All in all, the work constitutes a serious contribution to Seljuq research, for which the sym-posium organisers, contributors, and editors deserve our thanks. 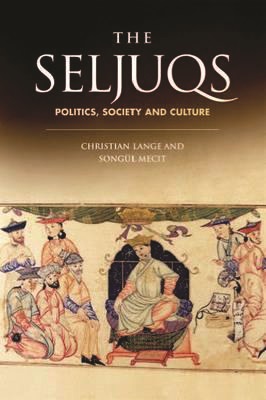 Are Muslims Distinctive? A Look at the Evidence

The Everlasting Empire: The Political Culture of Ancient China and Its Imperial Legacy