The Struggle for Influence in the Middle East: The Arab Uprisings and Foreign Assistance

The book reviewed here is one of the most beneficial examples of studies made on Foreign Assistance to the Middle East, especially for researchers who are intrigued by the question of whether or not the Arab Uprisings made an impact on the preceding trends in foreign assistance to the region. The book includes ten chapters which deal with the most important aspects of the topic. The most salient case studies seem to be Tunisia and Egypt as the recipient countries with U.S., EU and Turkey having their own chapters in terms of elaborating the debate in these examples. The Gulf Cooperation Council seems to be the structure investing the most in the Middle East before and after the Arab Uprisings and according to Heydemann, this regional assistance dwarfs both U.S. and EU aid together (p. 24). Although the chapters purport to be different from each other, since the focus is recipient countries, some chapters overlap with each other.

The book reviewed here is one of the most beneficial examples of studies made on Foreign Assistance to the Middle East, especially for researchers who are intrigued by the question of whether or not the Arab Uprisings made an impact on the preceding trends in foreign assistance to the region. The book includes ten chapters which deal with the most important aspects of the topic. The most salient case studies seem to be Tunisia and Egypt as the recipient countries with U.S., EU and Turkey having their own chapters in terms of elaborating the debate in these examples. The Gulf Cooperation Council seems to be the structure investing the most in the Middle East before and after the Arab Uprisings and according to Heydemann, this regional assistance dwarfs both U.S. and EU aid together (p. 24). Although the chapters purport to be different from each other, since the focus is recipient countries, some chapters overlap with each other.

The first chapter of the book is also another indication that there is going to be versatility in the following chapters since all of the authors have their own methods and preferences. It must be emphasized that the first chapter of this book is one of most informative about the topic studied when compared to previously published books. The book defines the concept of aid as “the financial or material support given by the governments of advanced capitalist countries, multilateral agencies or official bodies with a view to promote the welfare or the economy of low-income countries” (p. 5). Such a definition also possesses problems in itself but it seems that authors have attempted to keep the definition as comprehensive as possible in terms of not struggling to operationalize it in the case studies. Aid is also defined broadly as not only following the political event but also a tool that precedes and sometimes leads to these events as well (p. 6). The main purpose of the study is to understand the continuity in foreign assistance through the region by analyzing such a huge event as the Arab Uprisings. Even these types of events are not enough to interrupt the foreign intervention in the region and in fact the uprisings were the result of the preceding changes in the amounts of foreign assistance to the recipient states. It is also argued that aid is a two edged sword (p. 11) which is not only about giving but also taking, indicating that the study is focused on both the beginning and the end of this mostly bilateral transaction. For the reader to fully benefit from this study though he/she should be comfortable with concepts of domestic autonomy, assistance, aid, democracy bureaucracy, continuity theories, security, etc. since the cases and the topic in general require a basic background of the prior concepts for readers to elaborate on them.

In the second chapter, following this highly-informative first chapter, Heydemann successfully describes America’s response to the Arab Uprisings. He argues that U.S.’ foreign assistance is continuous in the sense of the motivation behind it. He defends the idea that for the U.S. foreign assistance is always intensely political (p. 21). The argument of this chapter circles around the idea of security concerns overshadowing the impact of funding decisions (p. 20). Heydemann successfully presents the complex structure of the U.S. foreign assistance procedure and readers who are interested in this areawill benefit from this chapter in that sense. He again refers to the democracy bureaucracy concept as the core piece of the large decentralized patchwork of bureaus and agencies that play a role in the management of foreign aid.1 Within this complexity he defends that nowhere in the region has the global investment in democracy promotion produced meaningful change (Heydemann, 2010).2 He accepts one of the most disputed topics about U.S. role in Egypt by arguing that the Sisi government moved much further than Morsi to reassert executive authority and Congress seems less concerned about authoritarian backsliding that occurs under a secular regime (p. 31) which shows U.S.’ preference for secularism in terms of providing foreign assistance. The third chapter with Bicchi’s article is an attempt to evaluate the changes in the existent practices of European aid during and after the Arab uprisings (p. 38) which is elaborated enough to show the EU stance and its reaction to the Arab Uprisings. Bichhi argues that the EU did not support the change because of the economic crisis that was affecting the southern European countries. These countries are the backbone of the neighborhood policy therefore Europe was conservatively against change in the region (p. 39). It is also presented that the EU institutional responses to the Arab Uprisings was a hands-off attitude by some countries. She defines the EU’s stance as ‘more for more attitude’ turned into a ‘less of the same attitude’ since Europe was not ready to change with the southern region’s economic struggle at the time (p. 45). Turkey’s new role in the Middle East as an emerging donor is well described in the fourth chapter by Altunışık. Since there are not many such studies about Turkey’s involvement in foreign assistance, with such numbers and clarity this article poses a chance to the researchers to elaborate on the ideas that are currently under debate. The continuity debate is also applied in Turkey’s case as she argues that geo-political and economic self-interest was the main motivation followed by institutional factors as global norms (pp. 64-65). Although there were changes in the relations with some of the Middle Eastern states, the main motivation of Turkey’s foreign aid in the Arab World has been maintained (p. 60). Mouhib in chapter 5 turns the topic back to the EU as she argues that the EU seems to have given up any goals of democratization in the Middle East. She analyzes the Arab Uprisings in terms of this event’s impact on altering the political processes that are currently situated within political institutions. Altunışık also argues that both continuity and change in EU promotion of democracy are rooted in bureaucratization and institutional processes (pp. 70-75). She presents a detailed explanation of the European Instrument for Democracy and Human Rights (EIDHR) and EU’s humanitarian aid to Tunisia. According to her some changes are observed after the emergence of the Arab Uprisings for example the development of new priorities in Morocco and launching of projects in Tunisia. This does not however imply an evolutionary trend in European practices in democracy promotion (p. 90). Mouhib also places the mediation of insecurity and security’s overshadowing of civilian politics in the EU’s motivation of foreign assistance to the region. This idea alongside the need to broaden the civil-military relations debate (p. 105) continues to be discussed in the following chapter by Amin who defends the idea that the Arab Uprisings politicized the foreign aid rather than focusing on development. But it must be said that foreign assistance from its inception was designed with a political aspect rather than a humanitarian one. Egypt’s dependence on foreign assistance is presented successfully in the article with the assessment that the assistance plays little role in economic or social development. It must be emphasized that Amin’s success in using tables and charts results in the most successful case analysis of the book itself. His analysis on conditionality of the EU and their lack of insight in to Egypt’s actual burdens and problems, alongside with the impact of politics on the level of foreign assistance, seems to be valid. Isaac on the other hand in the following chapter analyzes the Gulf. Accordingly it is argued that the aid isstable in terms of tendencies on bilateral allocation, being politically driven with nearly the same set of recipients (p. 147). Such an assertion seems to hold true when the diagrams in his article are evaluated.Wildeman and Tartir use the unorthodox but successful method of conducting interviews. On Palestine the theoretical studies seem to fail almost all the time therefore the authors have chosen a practical method that provides them with some patterns at least. With this method readers can benefit from reflections from the region which are not commonly achieved by articles on political concepts.

To generally evaluate this study the essays in this special issue offer nuanced and detailed insight into effects of the Arab Uprisings on Western and Arab foreign assistance to the Middle East (p. 170), a topic difficult to research since the numbers and statistics are never completely reliable. Their expertise and the contributions with case studies seem to strengthen the study on one hand but limit their concepts on the other. The main finding of the study is that Arab Uprisings did not lead to meaningful shifts in the patterns of Western foreign assistance to the Middle East. Bicchi’s contributions on presenting the difference between the aid discourse and the assistance practices appears to be really important for the researchers in the field as this is one of the most debated topics; the difference between humanitarian attitudes and discourse and the real practices of supporting authoritarian regimes. Challand with his arguments on the securitization of the foreign assistance also puts another trend under the scope in terms of understanding the preferences and the motivations behind foreign aid for the donors.

The book with its language and rhetoric is easy to read, and all of the authors use contrasting ideas to reach a more comprehensive findings. Since the book has ten chapters, readers may think about ten different topics but this is not the case since the topics are focused mainly in the Middle East and as such the studies overlap with each other. Readers can find ideas from all perspectives but obviously authors selectively shaped their references to prove their arguments. This book is certainly a fairly important contribution for the Middle East studies however the failure to include Jordan in the discourse is an important omission. Authors’ selectivity is understandable since the book is addressing the cases that faced Arab Uprisings, but alongside with Morocco, Jordan could also contribute to the study as one of the greatest recipients of foreign assistance in the Middle East. Considering the pros and cons this book is recommended as a must read for the researchers who deal with foreign assistance, domestic policies, domestic autonomy, dependence, intervention, etc. This book can also be beneficial for all readers who want to inform themselves on the current economic situation of case countries in the Middle East after the Arab Uprisings. 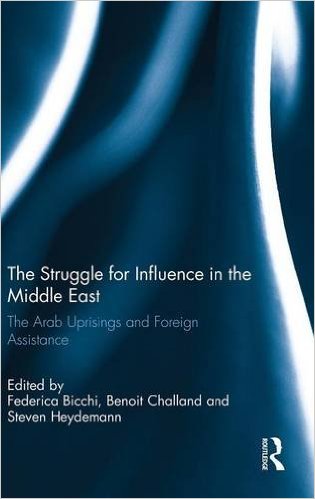