The Unfamiliar Abode: Islamic Law in the United States and Britain

Scholarship devoted to the examination of the Muslim faith has matured in recent decades. No longer is Islam seen as a monolithic institution, but its greatdiversityand the varied histories and experiences of the community’s members have been the focus of considerable scholarly attention. Yet, beyond the scholarly arena, the diversity of the Muslim community is not widely recognized.

Scholarship devoted to the examination of the Muslim faith has matured in recent decades. No longer is Islam seen as a monolithic institution, but its greatdiversityand the varied histories and experiences of the community’s members have been the focus of considerable scholarly attention. Yet, beyond the scholarly arena, the diversity of the Muslim community is not widely recognized.

During a recent conversation I had with a North American Imam, the assertion was made that Islam was the “most misunderstood religion in the world.” I am not sure whether this statement is precisely true, as most religious systems seem to endure a considerable amount of popular misinterpretation. Still, it is certainly true that individual Muslim communities are often subject to being mischaracterized based upontheir wrongful association with disconnected events transpiring in far-flung and remote regions of the globe. It is against the backdrop of these realities that Kathleen Moore offers a nuanced consideration of the British and American Muslim communities.

The Unfamiliar Abode, as this volume is entitled, is a reference to the ill-defined social space inhabited by Muslims living in America and Britain. As Moore observes, Muslims may frequently find themselves caught between seemingly irreconcilable competing demands extending from their own faith tradition and secular systems. At some level, this apparent conflict is made even more perplexing for Muslims inhabiting “pluralistic” social systems, which nonetheless promote policies that lead to ostracism of practitioners of the Islamic faith. The dominant question she asks is how such communities, located within two of the world’s largest developed democracies, are responding to these rival expectations.

In particular, Moore seeks to examine the ways in which diasporic Muslim communities may utilize religious jurisprudence and other tools to ensure the continued relevancy of their faith even within the context of social settings that impose unique social demands.

Perhaps, the greatest contribution this volume makes to current scholarship is its attempt to identifykey questions that may shape future scholarship. The study of Muslim communities situated in the West is a field that is truly in its infancy. Certainly, many have made considerable contributions to its development, including Yvonne Haddad, Jane Smith, John Esposito and others. Meanwhile, a structure continues to be shaped upon the foundation they have laid and the disciplinary framework is given shape through the inquiriesposed by current scholars. In this volume, Moore invokes particular questions that serve to establish a thesis for each of the volume’s substantive chapters.

In the first chapter, Moore characterizes Muslims residing in the United States since September 11, 2001, as a minority community facing “exceptional circumstances” and challenges. In this light, she asks the question of how US Muslims may best craft the parameters of a community self-definition that is viable within a pluralistic social context. After a brief discussion of the nature of pluralism and a consideration of the evolution of the Islamic community in the United States, Moore questions the extent to which traditional Muslim authorities outside the West offer meaningful direction to adherents of the faith residing in North America. She questions whether the pluralistic environment of modern America will itself be altered by the presence of Muslims or whether pluralism will demand a “modernized” and reformed Islam.

In the second chapter, Moore turns her attention to the Muslim community of Britain, with a particular focus upon the establishment there of “an Islamic diasporic jurisprudence.” This chapter begins with a brief consideration of the nature ofdiasporic communities, with emphasis upon the typical lack of homogeneity of such groups. She asserts that to speak of any diasporic community often encourages a “false sense” of group cohesion. Moore offers an exploration of the evolution of diasporic institutions in Britain, designed to provide venues for the adjudication of matters in accord with principles of Islamic law, even while noting that there is little agreement within the broader diasporic community of the specific demands imposed by this body of law. She is concerned about whether these emerging institutions will adequately accommodate social expectations and the varied perspectives of the members of the Muslim community. As a potential pathway for overcoming this challenge, Moore focuses significant attention upon the thoughts of Azzam al-Tamimi and his observation that “[j]urisprudenceis the mirror that reflects the conditions of time and place…,” a statement that seems to suggest that religious law can be responsive to contemporary social circumstances.

Returning to the experience of Muslims in the United States in chapter three, Moore considers the function and importance of cultural symbols in communicating messages about the Muslim faith. She uses as her primary example the case of US Representative Keith Ellison’s decision to use a copy of the Qur’an once owned by Thomas Jefferson as he took the oath of office upon his election to Congress. In this chapter, Moore considers dominant popular representations of America and the perceived threat to this identity imposed by Ellison’s election and use of the Qur’an.

Chapter four provides an examination of the British attitude towardsshari’a law and its imposition within the country. Here, Moore provides a brief history of the establishment of shari’a councils in Britain, designed to offer a forum for Muslims to have disputes decided in accordance with principles of religious law, and the secular government’s response to these entities. Moore questions whether the acceptance of certain shari’a council structures by the British government has served to institutionalize a specific Muslim identity, while marginalizing other visions of the nature of the Islamic faith.

The final chapter focuses attention upon the experience of Muslim women living in the United States. Moore considers the issue of Islamic dress, identifying isolated cases from travel security, workplace requirements and school standards. She also gives attention to the consideration of Islamic law by US courts in marriage and divorce litigation. Through this review, she raises the question of which system should hold sway when demands of a specific religious tradition appear to conflict with the equal rights of women.

On the whole, while the work is somewhat uneven at times, it raises some useful and timely issues and plays an important role in anticipating future directions in academic research and scholarship. 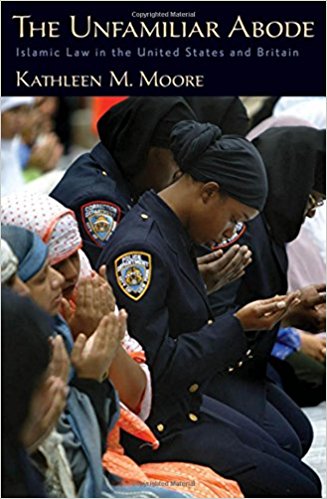 Marriage and Slavery in Early Islam