The relationship between Islam and foreign policy has become the subject of a number of volumes in recent years as scholars seek to understand the role that political Islam plays in determining foreign policy. This is more often than not accompanied by the assumption that Islam is fundamentally incompatible with modernity. Turkey, with its complex history of modernity and the transition from its Ottoman past, remains an interesting case for the study of the causal relationship between the construction of a modern nation state, secular identity and nationalized foreign policy.

The relationship between Islam and foreign policy has become the subject of a number of volumes in recent years as scholars seek to understand the role that political Islam plays in determining foreign policy. This is more often than not accompanied by the assumption that Islam is fundamentally incompatible with modernity. Turkey, with its complex history of modernity and the transition from its Ottoman past, remains an interesting case for the study of the causal relationship between the construction of a modern nation state, secular identity and nationalized foreign policy. The rediscovery of Turkey’s regional interests and affinities from the ‘Balkans to Western China’ – areas that had been largely absent from Turkish foreign policy debates since the foundation of the Republic – have emphasized the significance of the state’s internal evolution in determining its external policy. In her book, Turkey Facing East: Islam, Modernity and Foreign Policy, Ayla Gol critically analyzes Turkey’s engagement with modernity in the course of its transformation from the Ottoman structure into a modern nation state in order to understand Turkey’s foreign policy towards its eastern neighbours between 1918 and 1921. This is a clear and important departure from studies that tend to examine this transition period in terms of Turkey’s engagement with the West.

The author argues that 1918 to 1921 is significant not just in terms of the transition of the imperial state to a modern nation, but also due to the rapprochement between Ankara and Moscow, which altered the animosity between the Ottoman and Russian empires and their rivalry over the South Caucasus. In the first three theoretical chapters, an interdisciplinary approach is used to a better understand the relationship between the state’s transformation and foreign policy making in the course of Turkey’s engagement with European modernity. Rather than focus on domestic politics or leadership, the chapters identify five important dimensions of foreign policy, including elements of continuity and change, the impact of structures on decision-making, the interrelation between domestic politics and foreign policy, the role of a charismatic leader and the impact of foreign policy on the construction of national identity. The causal link between nation-building and the transition to modernity is explained in terms of an alternative modernity in a non-European context that contributes to bridging the gap between foreign policy making and historical sociology. The book then goes on to highlight both the continuity and change in Ottoman and Turkish regional policies. The last four empirical chapters offer a detailed analysis of Turkish policies in the South Caucasus between 1918 and 1921. It does so with an interesting analysis of the rise of the Turkish nationalist movement under the leadership of Mustafa Kemal and a unique rapprochement between Kemal and Lenin. The first major test of Turkey’s nationalist foreign policy came during the establishment of Soviet control over Azerbaijan, when it became clear that Turkish nationalists were determined to restrict Soviet policies within Anatolia and recognized the importance of cooperation with the Bolshevik for regional security. Gol also emphasizes that the Turkish-Bolshevik rapprochement played an important role in determining Turkey’s problematic border with the Armenians and its political identity. She goes on to argue that the general conclusions that the book arrives at would be helpful in analyzing the relationship between foreign policy and state-building in transitional states.

It is generally argued that the main sources of the traditional foreign policy of the Turkish Republic are the historical experience of the Ottoman empire (the balance of power); the nationalist, Kemalist revolution and the creation of the Republic itself (hence isolationism); the Western-orientation expressed in the policy of Europeanization and modernization; and the suspicion of foreign powers and interests (Sevres syndrome). There are two other ideological sources of this traditional foreign policy doctrine that surfaced in the years prior to the First World War: Pan-Turkism and Pan-Turanism. While taking note of these factors, the book sheds light on certain residual regional conflicts in terms of the historical and sociological processes that help in understanding the trajectory of foreign policy and nation-building. The book offers a significant contribution to debates on Turkish foreign policy through an analysis of Turkey’s ability to respond to events in the neighbourhood.

This book is one of several recent volumes on Turkish foreign policy that argue that Turkey’s promise as a regional and global player is somehow related to historical legacies. For some time, there has been a revisiting of historical legacies and extraction of lessons for the present and the future. In the course of this, Kemalist historiography, which saw the Ottoman past as ‘another country,’ has been challenged. This trend is particularly evident with regard to the Armenian and Kurdish questions, but also in the surge of popular interest in the final years of the Empire and the early years of the Republic. It has been argued that the growing will to revisit the past has both domestic and international sources. Internationally, the delay in EU membership and the Armenian chapter of the Ottoman past has proved to be decisive. Domestically, this revisiting is said to be associated with the challenge that diverse groups are mounting towards the dominant narrative of national identity, which emphasized the unitary, secular character of the Turkish nation state and displayed a staunch commitment to its Western-orientation. Gol combines historical and theoretical arguments to bring some of these issues into focus for a better understanding of Turkey’s foreign relations. She correctly concludes that the Turkish transition was unique and should not be seen as a blue print for Arab successor states of the Ottoman Empire.

The book’s in depth analysis of a transitional period in Turkish history offers a new historical account of the transformation of the Turkish state, highlighting the importance of Turkey’s Eastern-orientation. It is a useful addition for specialists working on the region as well as international politics. 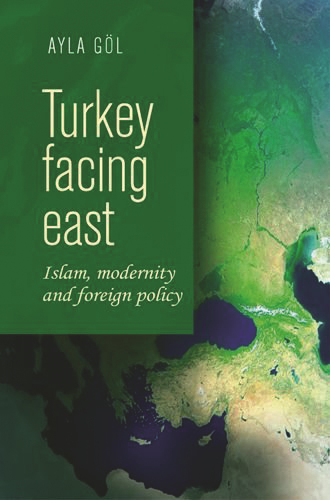 The Ottoman Legacy and Neo-Ottomanism: A Review Article