Understanding the Department of State

At the very beginning of the book, Understanding the Department of State, it is clearly stated that Don Philpott, the former editor of International Homeland Security Journal aims “to gather the information from as many sources as possible” to make his readers understand the Department of State (DoS), one of the most significant agencies of the United States

At the very beginning of the book, Understanding the Department of State, it is clearly stated that Don Philpott, the former editor of International Homeland Security Journal aims “to gather the information from as many sources as possible” to make his readers understand the Department of State (DoS), one of the most significant agencies of the United States (p. ix). In his book, Philpott compiles and assembles information obtained from federal, state and local websites, as well as national and international agencies and organizations. It is significant to indicate that it is an unusual book, as it does not cover the author’s comments or interpretations on U.S. foreign policy, and it solely gives the information as it is. In this respect, it can be said that the book has an encyclopedic character.

Understanding the Department of State includes three main parts and ten chapters. In Part I, “Structure and Role,” the mission statement of the Department is provided as an introduction to the agency. The organization of the DoS, and its entire scope of responsibility, from the fight against terrorism to regional stability, weapons of mass destruction to visas, are clearly defined in the same part.

Part II, “Major External Issues,” covers some specific issues that play a decisive role in U.S. foreign policy. The chapter on terrorism is the longest, and focuses mainly on the U.S. fight against terrorist organizations whose threats have reached a global scale, i.e. the Islamic State of Iraq and Syria (ISIS). The main emphasis is on ISIS, “the greatest terrorist threat the world has probably ever known” (p. 75), how it was created and some of its bloodiest attacks. Accordingly, al-Qaeda can be considered as the ancestor of ISIS; the Iraq War resulted in the transformation of al-Qaeda and the creation of ISIS, a more dangerous terrorist organization than its predecessor. As a result, the U.S. fight against ISIS is far different from the U.S. wars in Afghanistan and Iraq. For this reason, ISIS is now different from any other terrorist organization, and fighting against it was one of the most prioritized issues of the Obama Administration (pp. 75-91, 325).

Russia is presented as the other significant threat to the world order in Part II. Accordingly, “Vladimir Putin is proving a problem for the United States” and for the world as well; his aggressive and expansionist policies, mainly his dream to widen the Russian Federation to the former Soviet Union borders, and lastly the Russian annexation of Crimea threaten world peace and order (p. 93). Philpott argues that Putin even pressures his own citizens while asserting “the ethnic Russians most at risk are those who live in Russia and who oppose the authoritarian Putin regime” (p. 100). He quotes President Obama, who referred to Putin’s aggression and Russian annexation by stating, “the best way to advance America’s interests in reducing global threats and seizing global opportunities is to design and implement global solutions” (p. 325).

Chinese military and economic muscle in the Far East is one of the threats that make “the world a more dangerous place than it was” as stated in the same part (p. 73). Similarly to Russia, China also pursues aggressive policies towards its neighbors, since “it has laid claims to numerous contested territories and islands, alarming its neighbors in Japan, Taiwan, the Philippines and Malaysia” (p. 105). In light of these developments, Philpott asserts that it is difficult for the United States to maintain a positive and harmonious relationship with China.

However, as Part III discusses, Presidents Richard Nixon, Gerald Ford and Jimmy Carter had pursued a softer policy towards the Soviet Union and China during their terms. Henry Kissinger, one of the most influential figures in the history of U.S. foreign policy, assisted and sometimes directed these presidents’ foreign policies as the Secretary of State. Thanks to him, the U.S. at these times implemented the “dawn of détente” towards its relations with Soviet Russia and China. The Soviet Union is referred to as one of the two superpowers, and these presidents found cooperation significant for the maintenance of peace (pp. 314, 316). In this regard, the book is significant since it provides information on both the past and the present, allowing its readers to make comparisons and to evaluate the main changes in U.S. foreign policy.

The remaining parts of the book present the U.S. wars in Afghanistan and Iraq, the U.S.’ efforts to establish democratic regimes and a stable economy there, the North Korean governments’ inappropriate actions to their citizens, Iran’s attitudes supporting terrorist organizations in the region and the country’s uncontrolled nuclear activities.

The third and the last main part of the book gives a brief account of the secretaries of State from Thomas Jefferson to John Kerry, and provides information on the events that had influence on the U.S. as a whole and its foreign policy as well, such as the Declaration of Independence, the French Revolution, the World Wars, the Eisenhower Doctrine, the fall of the Soviet Union and more. Interestingly, the book was published in 2015, one year before the most recent presidential elections; Hilary Clinton, the Democratic candidate in 2016 who may run again in 2020 is described in detail in the section on Secretaries of State. Philpott depicts her quite positively and she is presented as a successful statesman. This might serve the intention to offer her as a good choice for the next presidency.

Consequently, Understanding the Department of State is worth reading since it provides proper, all-in-order and extensive information on the most long-lasting superpower’s foreign policy. It is a must-read for students who take lectures on the DoS and others who are interested in U.S. foreign policy. 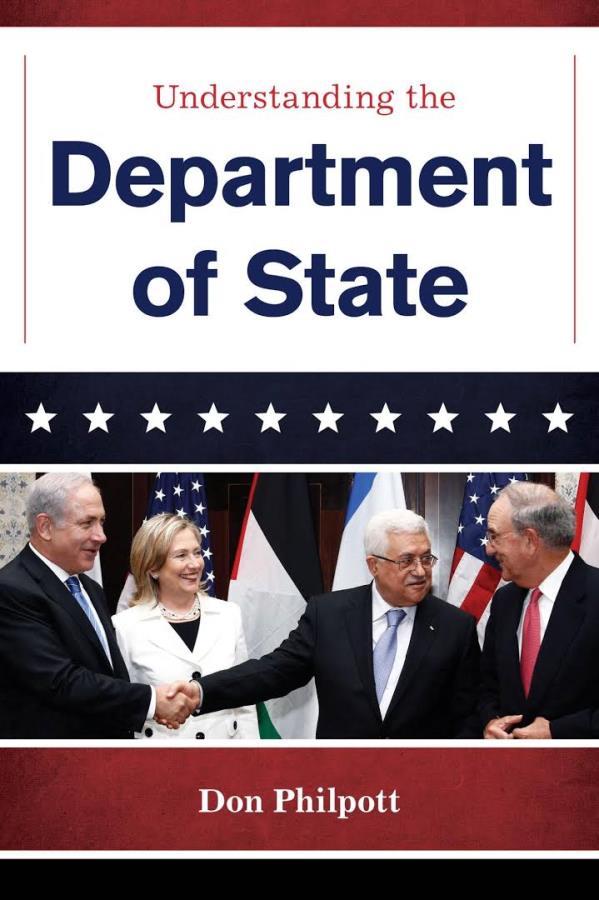 The Congressional Elections 2010 and Turkish Interests in the Congress