The effectiveness of foreign aid is heavily debated in international relations. Most often, critiques emphasize that aid driven by the geopolitical agenda of the donor country only strengthens the grip of the incumbent over the state. Anne Mariel Zimmerman does not contest this view; on the contrary, her work’s main theme revolves around the question, “what has U.S. assistance “bought” in the Middle East?”

The effectiveness of foreign aid is heavily debated in international relations. Most often, critiques emphasize that aid driven by the geopolitical agenda of the donor country only strengthens the grip of the incumbent over the state. Anne Mariel Zimmerman does not contest this view; on the contrary, her work’s main theme revolves around the question, “what has U.S. assistance “bought” in the Middle East?” (p. 2). Zimmerman focuses on the principal-agent relationship between donors and recipients and points out how recipient states have the ability to use geopolitical aid based on their survival strategy. Zimmerman’s main argument is that the effectiveness of foreign aid is directly related to the incumbent’s survival strategy, that this strategy is largely shaped by the domestic politics of the recipient state, and that the historical background of the recipient country provides essential information about the historical structures of its domestic politics. Zimmerman identifies three survival strategies for incumbents: non-distributive, distributive and hybrid. In the cases of non-distributive strategy, recipient states use the aid money for developing state capacity. In cases of distributive strategy, incumbents use the aid money to provide benefits to their power base, and often make concessions on their sovereignty. States that adopt a hybrid strategy combine the non-distributive and distributive strategy: on the one hand the incumbent provides subsidies and other benefits to its power base; on the other, it develops a small cadre of professional institutions that implement limited reforms. In both cases, donor states establish parallel institutions to provide public goods to the recipient states’ populations.

Zimmerman provides essential information about Israel, Jordan and Egypt and their relationship with the United States by incorporating historical background to her analysis and by emphasizing the complexity of the relationship between these states and the United States. Zimmerman argues that the incumbents’ survival strategy directly shapes the nature of their relationship with the U.S. and has an impact on what type of U.S. aid –developmental, military, etc.– the recipient state will receive. Zimmerman also illustrates in her cases that the U.S. cannot impose its policy preferences on recipient states, especially in granting aid that serves larger geopolitical aims. The merit of this argument is undeniable; it is true that U.S. aid often fails or does not prefer to promote good governance structures, especially in Egypt and Jordan. However, Zimmerman does not take into account the possibility that the U.S. may favor the status quo in the domestic politics of these states. Zimmerman takes U.S. geopolitical interests as fixed and does not provide convincing empirical evidence to explain why the U.S. continues to provide aid to these countries to the extent that it is almost extorted by the recipient states.

Zimmerman emphasizes the importance of domestic politics over incumbents’ decision making process and the role of structures in domestic politics in shaping the incumbents’ survival strategy by providing the historical background for U.S. aid to Israel, Jordan and Egypt. Zimmerman does not claim that these structures are fixed, and she provides empirical evidence that the survival strategies in both the cases of Israel and Egypt can indeed change. Nevertheless, she neglects the possibility that their survival strategies might be the result of bad public policy decisions and bad governance. Zimmerman discusses how corruption among the ranks of government cadres prevents any reform possibility, but points out that corruption is also a cause of the development of the incumbents’ survival strategy. Empirical evidence is not adequately elaborated to underpin the claim that public policies are directly caused by the preferred survival strategy or vice-versa. Moreover, the case-based evidence provided in the volume could benefit from further elaboration of the relationship between incumbents and their domestic audiences to convince the reader that shifts in policies are directly caused by shifts in survival strategy. Furthermore, Zimmerman builds her analysis of the incumbents’ strategy on the assumption that “all incumbent leaders, whether kings, dictators, or democratic presidents, devise strategies to best secure their term in office, as well as prepare the office for their favored successors” (p. 19). Therefore, Zimmerman does not take into account the fact that the incumbents’ personal values also have an impact on their policy decisions. In addition to that, as much as the incumbents are dependent on their powerbases, their powerbases are also dependent on them, hence she also neglects that incumbents have the power to shape their opinion. In that regard, the principal-agent relationship between these parties is unclear. Zimmerman’s attempt to show the correlation between domestic politics and survival strategy as a whole understates the complexity of the principal-agent relationship between incumbents and their respective domestic audiences, and she considers the structures of domestic politics as inherent and unchangeable.

To sum up, Zimmerman’s work starts with rigorous theory building and takes a unique approach to the principle-agent relationship between donors and recipients by incorporating the recipient states’ domestic political structure, as well as the historical background of the relationship between the U.S. and the recipients. Nevertheless, the provided empirical evidence would benefit from further elaboration to convince the reader that survival strategies are shaped by domestic politics and that the incumbent’s survival strategy shapes how the aid is used. Regardless, Zimmerman’s work does bring a new analysis to the table. 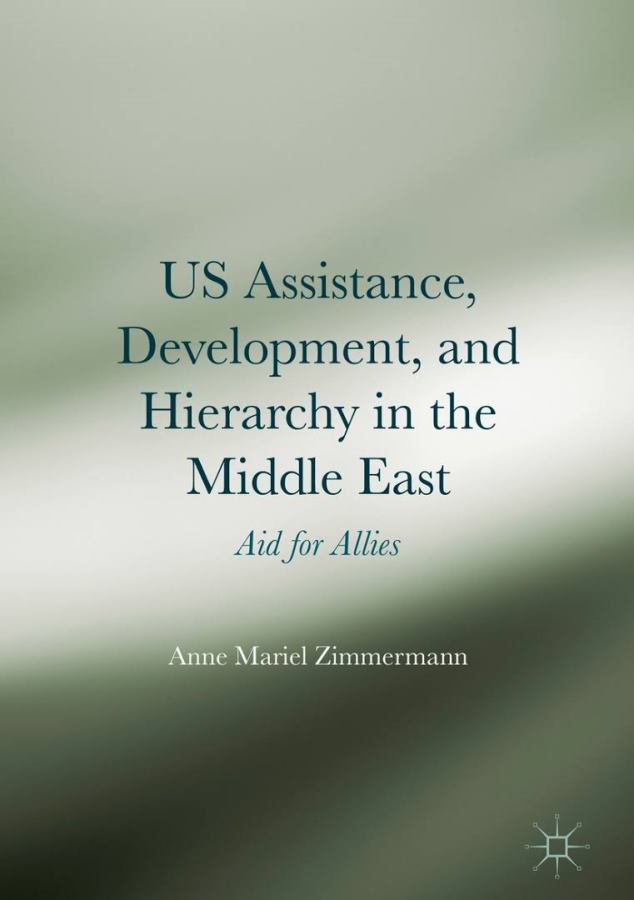