Visions of the Ottoman World in Renaissance Europe

Over the past three decades, Ottoman studies continues to be enriched by new topics and methodologies, revising old nationalistic historiography that saw the Turkish nation as the sole owner of Ottoman history. Today, apart from Turkey, scholars from all over the world are integrating Ottoman studies into a larger global history.

Over the past three decades, Ottoman studies continues to be enriched by new topics and methodologies, revising old nationalistic historiography that saw the Turkish nation as the sole owner of Ottoman history. Today, apart from Turkey, scholars from all over the world are integrating Ottoman studies into a larger global history.The book written by Andrei Pippidi, chair of Medieval History at the University of Bucharest, is an important contribution to both European and Ottoman studies. While the Ottomans governed an important portion of Europe for centuries, literature dealing with the European experience of the Ottoman state and society is under represented. This book comes to fill the gap by aiming “to present the intellectual reactions of various Westerners to the advance of the Ottoman Empire in intellectual affairs.” Pippidi focuses primarily on the political, economic, religious, and travel accounts produced by European intellectuals residing in Ottoman lands from the opening of Constantinople to the Ottomans in 1453 to 1618, the start of the Thirty Years’ War in Europe (p. 1).

The first chapter, entitled “An Archeology of Representations,” introduces the general framework and the source material used in the book. The second chapter, “Late Medieval and Renaissance Views of the Ottomans,” reads the most significant accounts of the Ottoman expansion produced in Europe after 1453. Pippidi shows how the initial response was replete with plots of revenge firm on uniting Christians against the Ottomans. However, in later centuries relatively neutral reflections centered on providing information about the Ottoman Empire began to emerge. The third chapter, “Three Thinkers and Their Disciples,” provides the views of Machiavelli, Luther, and Erasmus, the three “most influential intellectuals of their time,” on the Ottoman Empire (p. 65). The author convincingly argues that these early modern intellectuals saw themselves responding to Ottoman expansion by developing new theoretical and practical ways of mitigating political and sectarian upheavals haunting Europe. The fourth chapter, “After Erasmus,” is about the reflections of European scholars that began to read the Ottoman expansion in less antagonistic terms. They hoped the Turks would eventually convert to Christianity, but for the time being, expressed relief that Ottoman expansion prevented Catholic Spain from attacking other Protestant states. The fifth chapter, “Anglo- Turcica,” deals with the changing perception of the Ottomans in British literature. At first, the British enjoyed a benign neglect of the Ottomans. With increased economic trade and the establishment of the Turkey Company, later known as the Levant Company, the British began to enquire about the economic, political, and social structure of the Ottomans. The sixth chapter which appears as a continuation of the previous one, “Trade, Politics, and Religion,” discusses the British motives towards the Ottoman Empire, which are manifested basically in the issues listed in the title. It also provides us with an account of the literature produced by English people who visited the Ottoman land. The book ends with a conclusion clearly summing the argument of the book.

One of the most important aspects of the book is that Pippidi, primarily a European historian, helps to contextualize Ottoman expansion in terms of the ambiguities, uncertainties, and concerns haunting early modern Europe. The book leaves no doubt that the Ottoman opening of Constantinople had a profound effect on European self-imagination. He highlights the way that the calls for political and Christian unification against the Ottoman Empire was a pressing agenda for a number of European politicians and intellectuals of the time. Internal political and religious conflicts between Catholics and Protestants accounted for different aims and interests in regards to the Ottomans. A very striking example is Martin Luther, at first doubtful about fighting the Ottomans, who instrumentalized the expansion for Protestant interests until the siege of Vienna changed his ideas towards “preaching a general mobilization against the Ottoman threat” (p. 81). In other words, the book makes a convincing case that the European perception of the Ottomans is not static. It depends on shared historical conditions in and outside Europe.

The book successfully shows that European interest in the Ottoman Empire was high. One of the interesting statistics presented is that during the first eight years of the Ottoman- Habsburg War from 1593 to 1606, the number of the books in Europe about the “Turks” that the author could find were 1,566, 375 of which were printed in German, Latin and Czech, and so on (p. 103). Likewise, in sixteenth century France, the number of books about the Ottomans doubled those about America (p. 61).

Another important general contribution of the book to Ottoman Studies is that by studying primary sources produced by Europeans, it provides useful information for other fields including politics, economy, social and urban life, and intellectual history. For instance, the writings of Hans Schiltberger who was later captured at Nicopolis, offer some details about the cities he visited such as Constantinople, Adrianople, and Bursa. On his account Bursa, housing a population of 200,000, used to have 8 hospitals for poor Muslims, Christians, and Jews (p. 50).

Pippidi’s work reveals the striking intellectual interaction between Europe and the Ottomans. An example being, Hans Löwenklaw, who called himself Leunclavius, was an expert on Byzantine and Oriental Studies. He published manuscripts he brought with him from Ottoman lands under the title Annales Sultanorum Othmanidorum a Turcis sua lingua scripti in 1588 (p. 107).

In spite of very valuable contributions, the book has some shortcomings. Technically, the chapters are not divided into subchapters, making the book hard to follow. Additionally, it includes a number of quotations from various languages including Latin, Italian, and French, without translating them into English. This makes it harder to follow the text for non-specialist readers. On a more theoretical front, the book freely uses two terms that have recently become highly controversial in Ottoman Studies. “Ottoman imperialism” and “imperial decline,” have been severely criticized by many Ottoman historians. The former is used in the book for describing the Ottoman expansion in the pre- modern period though the use of the term from the nineteenth century onwards is subject to a discussion. The latter, “imperial decline,” has engendered a litany of responses, especially in the last thirty years. Ottoman historians have been trying to provide better models than the decline paradigm. Additionally, Pippidi lists what he thinks the reasons are for “Ottoman imperialism,” without any convincing and detailed explanation and references (p. 7). Lastly, the writing style of the book sometimes leaves the reader confused about whether some expressions such as “Turkish vandalism” (p. 58), or “the Sultan’s merciless authority” (p. 62) are the views of the European writers in question or the author himself.

In conclusion, detailed and generally clear account of the rich primary and secondary sources are used and therefore, the book is a beneficial read for both European and Ottoman studies and may help to establish a more integrated historical approach. 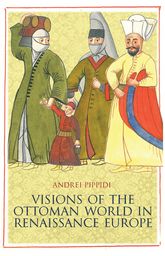 Re-Imagining the Ottoman Past in Turkish Politics: Past and Present