We Kill Because We Can: From Soldiering to Assassination in the Drone Age

Drone usage has been a hotbed of discussion in International Relations and Military Studies for the last decade. Drone warfare itself has been rapidly transforming through a process that started with the implementation of Unmanned Aerial Vehicles (UAV) to the battlefield.

Drone usage has been a hotbed of discussion in International Relations and Military Studies for the last decade. Drone warfare itself has been rapidly transforming through a process that started with the implementation of Unmanned Aerial Vehicles (UAV) to the battlefield. The idea of utilizing drones evolved from the perception of UAVs as eyes up in the skies that are cheaper and more versatile than piloted vehicles, to AWACS, to cold-blooded assassins that terrorize wherever they fly. This transformation has entirely changed the codes of war on foreign soil. Implementation of UAVs in counter-insurgency and counter-terrorism operations has also widened their zone of influence, since this incorporates intelligence agencies to the scheme.

Laurie Calhoun provides a seminal contribution to the debate over United States’ weaponized drone usage by investigating this phenomenon within three layers. The utilization of weaponized UAVs, which is the “most-recent paradigm-shifting military innovation” according to the author, produces a vast number of controversies, as civil, military, and intelligence personnel are polarized on this issue (p. xi). The book mostly covers the moral and humane aspect of drone usage, summarized in the process of finding the threat and fixing the issue, thus finishing the operation. Accordingly, the book is divided into three sections addressing the usage of drones entitled “Find,” “Fix,” and “Finish.” The author takes the readers with her on the inquiry of finding the lacunas and issues in weaponized drone usage, and exploring how these deficiencies are natural results of these issues, while proposing a solution as to how malpractice in drone use can be terminated.

In the first part, the author finds the problem to be the mere understanding of utilizing weaponized drones and their domination of recent military operations. She emphasizes that weaponized drone usage has become the “only game in town,” i.e. the preferred approach, although there have been many cases of false strikes and collateral damage. The domination of UAVs on the battlefield also solidified the “kill don’t capture” bias of military minds almost transforming it into a doctrine. She points out the fact that military commanders always perceive developments through the lens of lethality (p. 19), and that this type of perception lays the ground for killing instead of capturing or gathering more concrete intelligence. She also indicates the role of intelligence by revealing the aftermath of the CIA’s utilization of weaponized drones. The first chapter basically reveals that UAV killings have transformed into a standard practice which was previously regarded as discreet and rare. She also emphasizes the changes in the minds of the military and politicians toward the acceptance of fallibility, the probability of false intelligence and the extent of collateral damage in a negative direction. This is where the author likens the drones to assassins, and brings up the issue of necessity in the executions conducted by CIA based on semi-reliable intelligence.

The author offers certain remedies to fix these issues, such as questioning the “actionable intelligence” concept which has been the main tool of the CIA in conducting assassinations and circumventing the proper judicial process. She also suggests that the distorted process by which resorting to violence has become the norm, whether or not it is considered direly necessary, should be fixed and that killing should again be considered the last resort in terms of counter-terrorism operations. The author emphasizes that weaponized drones terrorize people, even without Hellfire missiles in their payload. One other problem of using UAVs is related to the operator’s side of the process. According to Calhoun and many other prominent scholars, when soldiers are certain that they are not going to be harmed, they tend to kill others more readily, thus increasing collateral damage. Additionally, the issues on the operator’s side are not reduced through the use of UAVs, but are instead increasing as PTSD, drone operator burnout, alienation, and suicide cases emerge on a regular basis.

Bearing all these side-effects in mind, the author suggests a sort of awakening of the citizens resembling an emancipation. The book asserts that the system protects soldiers, intelligence agents and the politicians as a whole. This situation is proven through an examination of two cases: Anwar al-Awlaki and Trevor Martin’s killings. The book suggests that citizens should be aware of the impacts and fallacies of these type of missions, and that the government should be accountable both in terms of costs and collateral damage. The author implies that the culture of killing should be renounced and that certain military virtues on just war should be remembered.

The only drawback of this book is the lack of proper answers as to how the U.S. and Israel are able to conduct UAV missions even though they are not permitted by International Law. The author omits to answer this kind of question, which is related to the power and hierarchy in the international system. That being said, the book should be considered important for military and intelligence studies.

With all of the information presented in this excellent resource, the book compels a broad audience for itself. Individuals who are intrigued by the mystery of how such innovative flying machines transformed into wide-spread assassins, should absolutely read this book. There are many references to the publicized intelligence and attack videos, as well as films on this subject, which makes this book a must-read for those interested in intelligence and especially the CIA. Scholars who specialize in military operations abroad, counter-terrorism on foreign soil etc., should also take note of this work which elaborates these subjects. The book is well-written and concise, which is a must when appealing to a broad audience. The author makes a compelling argument by practically proving that the current culture of killing is a dangerous immoral habit that will yield many deaths that are unjustified under International Law. 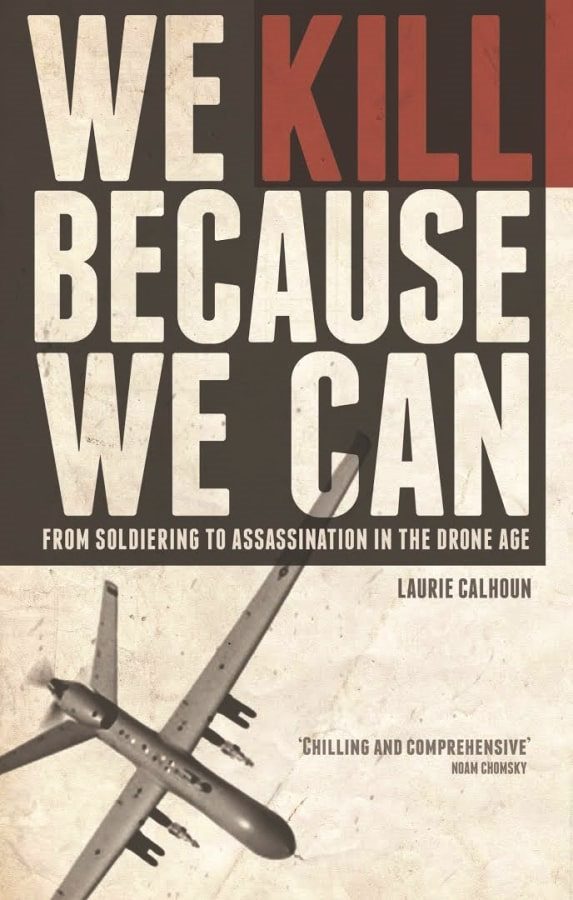