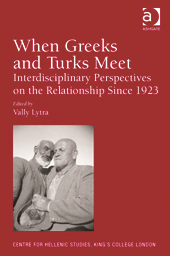 The Political and Economic History of North Cyprus: A Discordant Polity