The rather pristine title of this book suggests a study on topics like the shift from face-to-face interaction to virtual teams; how employees find meaning in their work; or the challenges of unemployment. But, as the subtitle indicates, the scope of this book is much more ambitious: an in-depth theoretical analysis of the concept of work/labor, followed by a bird’s eye view of different kinds of work relations from the 13th century until today. The theoretical framework follows the Modern World-System approach. The volume is a translation of the German-language version published in 2014

The rather pristine title of this book suggests a study on topics like the shift from face-to-face interaction to virtual teams; how employees find meaning in their work; or the challenges of unemployment. But, as the subtitle indicates, the scope of this book is much more ambitious: an in-depth theoretical analysis of the concept of work/labor, followed by a bird’s eye view of different kinds of work relations from the 13th century until today. The theoretical framework follows the Modern World-System approach. The volume is a translation of the German-language version published in 2014.

The author, Professor of Economic and Social History at Vienna University, forcefully argues:

The concept of work that equates work with paid labour and dominates our way of speaking first emerged in the nineteenth and twentieth centuries in the developed industrial countries. Industrial society’s entire economic and sociopolitical order was based on a definition of work as non-domestic, paid, legally codified, institutionalized and socially safeguarded employment (p. 8).

The theoretical section starts with the Eurocentric grand narrative of work, which could be paraphrased as follows: the ancient Greeks and Romans despised manual work. Medieval Christianity identified work with both pain and divine blessing. With the onset of capitalism, the concept of work was stripped of its ethical and religious connotations. While acknowledging the relevance of this master narrative, Komlosy points out two deficits: First, it ignores how the understanding of work as productive wage labor degraded unpaid but necessary activities connected with home and family life, largely performed by women, as non-work. Second, it also ignores the experience of non-European people.

In the second chapter, the author distinguishes between three main discursive approaches to work: overcoming it; praising it; and transforming it from a painful necessity into an expression of one’s own creativity. The next chapter tackles the issue from a linguistic point of view. European languages usually possess two terms for work, one for its toilsome and one for it creative aspects. A comparison with the Chinese terms denoting work and/or employment shows that the terminological distinctions of the Western languages cannot be universalized. Chapter Four portrays the diversity of work relations by discussing various conceptual terms. It begins with ‘work frameworks,’ which refer to different forms of economic organization, followed by a categorization of work based upon opposing dualities (free/unfree, etc.). Next comes a discussion of activities on the borderline between work and non-work, and a rather miscellaneous last section.

The following chapter treats local and interregional connections from the perspective of the household and the company. Households usually combine different forms of work, of which wage labor is only one. Companies work through the market, aiming to use labor power to gain surplus value. The wages a worker gets enter the household, thus benefitting the other household members as well; the household contributes to the regeneration of the workers’ labor power, thus providing the company with the transfer value of unpaid work. Interregional connections are relevant for households through migration, while companies make use of unequal exchange and commodity chains.

The sixth chapter provides a historical overview of work relations. It is structured around six different points in history; these sections are divided into sub-sections dealing with general characteristics, followed by local, interregional and large-scale connections. The narrative reaches from the Mongol-dominated Eurasian world-system (1250), through European expansion in the Americas (1500), the dominance of the putting-out system (1700), the spread of industrialization (1800), the apogee of work understood as socially protected wage-labor (1900), to the latter’s transformation through flexibilization and deregulation (today). In the concluding chapter, the author lists a number of long-term trends, like monetarization, commercialization, proletarization and ‘housewife-ization.’ She points out that these trends do not happen in a synchronic way all over the world; rather, simultaneity between different patterns of work relations is the rule.

Komlosy’s account has two particular strengths: First, she emphasizes the importance of activities like doing housework or caring for household members. Such activities fall predominantly upon the female members of the household; once the concept of work was narrowed to paid labor outside the home, they were put down as ‘non-work.’ Here, the author draws upon some insights coming from Gender Studies and integrates them into global labor history. Second, much emphasis is put upon the German-speaking parts of Central Europe, reflecting both the author’s area of expertise and the opportunity to differentiate within the European experience, which is all too often seen as simply corresponding to that of Western Europe. Komlosy’s focus upon Central Europe is a welcome correction to such a bias.

The author is less successful in challenging the Eurocentric bias. There are some insightful passages on work relations in China (especially pp. 49-54 and 151) but, all in all, Asia and Africa get shorter shrift than Europe and the Americas. In the sub-chapter “1500,” there is a detailed discussion of the different types of agrarian relations in Western, Central and Eastern Europe (pp. 120-124) but no comparable treatment of landlord-peasant relations in, say, the Ottoman, Mughal or Ming Empires. Sub-chapter “1800” discusses the different migratory networks within Europe (pp. 161-162); the Asian ‘coolies’ migrating to the West are mentioned in one paragraph (p. 172) but nothing is said about the extensive Chinese, Indian and Arab migratory networks in the Indian Ocean.

Komlosy uses a rather broad understanding of capitalism, for example as “profit- and growth-oriented modes of production” (p. 151). As Max Weber has pointed out, the quest for profit has existed throughout history and in all possible contexts. It would rather have sharpened the analytical edge to stick to a more restricted understanding of capitalism as being based upon free wage labor. From such a starting point, the frequent cases of an integration between capitalist and non-capitalist social orders, or between different types of capitalism, could be analyzed with respect to work patterns. In fact, Komlosy does exactly this when she refers to the role of cotton growing for textile industries: “Forced labour on the plantations and free wage labour in the factories functioned in vital symbiosis to drive the rise of the industrial system in the nineteenth century” (p. 170). There could have been more examples like that. Take the cutting-edge sector of the early 20th century, the automobile: cars were assembled by free wage workers in the U.S. and Europe, but their tires were made of rubber, much of it produced by Southeast Asian smallholders and indentured plantation workers. Today, our beloved smartphones are the result of a symbiosis between post-industrial Silicon Valley geeks and still-quite-industrial Chinese manual workers.

Having said all that, the theoretical and historical scope of the book is impressive. Komlosy efficiently puts a seemingly ‘normal’ arrangement, i.e. the understanding of work as paid labor, into proper perspective. Her book should appeal to all readers who would like to understand current developments within the context of large-scale historical trends. Even those not convinced of the Modern World-System approach will profit from one of the major recent contributions to it. 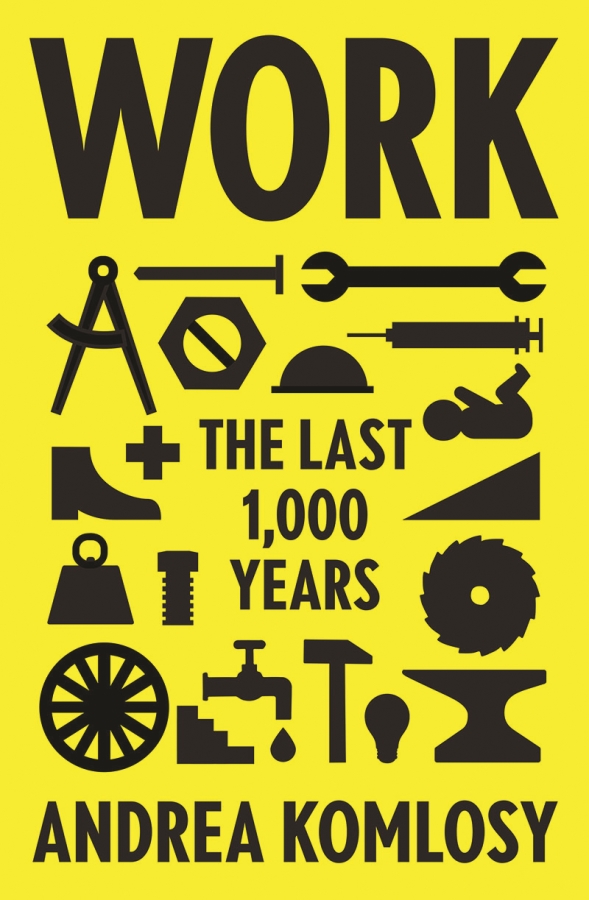