THE CONTINUED and growing presence of Islam and Muslims in the West has produced a plethora of conflicting literature and debates around interpretations on and representation of minority Muslim identity constructions. Incorporated into the configurations of the ever-shifting debates on Muslim identities is the impact of the 9/11 terror attacks and the subsequent re-framing of Islam/Muslims in modern, liberal and increasingly secular western societies. Geoffrey Nash’s new book sets about unpacking what has been produced, by whom and why on evolving fictional narratives on Muslims over the last two decades.

THE CONTINUED and growing presence of Islam and Muslims in the West has produced a plethora of conflicting literature and debates around interpretations on and representation of minority Muslim identity constructions. Incorporated into the configurations of the ever-shifting debates on Muslim identities is the impact of the 9/11 terror attacks and the subsequent re-framing of Islam/Muslims in modern, liberal and increasingly secular western societies. Geoffrey Nash’s new book sets about unpacking what has been produced, by whom and why on evolving fictional narratives on Muslims over the last two decades. His survey covers a series of interrelated styles of English writing: ranging from the novel, through memoir and travel writing to journalism, including a wide range of authors and texts. Nash is more than qualified to grapple with this difficult and complex subject matter, as Senior Lecturer in English at the University of Sunderland, UK, whose previous literary works include: From Empire to Orient (2005) and The Anglo-Arab Encounter (2007). The publication under review is a textual discourse analysis, which presents itself in a thematic schema covering five main chapters engaging with, cultural studies literature written as a critique against Islam (p.7); fictional Muslim migration narratives in the British context (p.26); Muslim gender and sexuality (p.50); modernity and eschatological Muslim discourses (p.70); and, finally, the misnomer of ‘Islamic terrorism’ (p.93). In doing so, the book brings together diametrically contesting representations and binary-oppositional interpretations from across the spectrum of issues and themes explored in the book, pitting them against each other through deconstructing their variant ideas and posits, employing a theoretical prism of postcolonialism, poststructuralism, and cultural hegemony. Nash’s central argument asserts that while the specific contemporary socio-political contexts in which Islam and Muslims are framed – postcolonial, western migration, minority status, their established positioning as the paradigmatic ‘other,’ particularly shaped through a perpetuated Orientalist imaginary, neatly and conveniently circumscribes the overwhelming rep-resentations within modern, popular western fiction. This battle to break free from ho-mogenous hegemonic depictions is described by Nash as a Kulturkampf (‘culture struggle’) in which, ‘…Muslims the world over have become objects of suspicion and more insidiously, a war of words and images has been unleashed upon them. Especially where they live as a minority…’ (p.1). The post-9/11 timeline associated with the works studied in the publication is the central event and determining factor in how the various narratives are played out and how the relevant insider/outsider characters are obsessed, fixated, and dramatically changed by the 9/11 (and subsequent attacks, including London’s 7/7 suicide bombings) ‘fall-out.’ The book engages with a few works that pre-date 9/11, including Hanif Kurieshi’s ‘My Son the Fanatic,’ in Love in a Blue Time (1997), which was originally written in the context of the post-Rushdie Affair and appeared to reflect the author’s alarm and discontent with an evolving, self-consciously increasing religious identity among British-Pakistanis in the wake of the publication of The Satanic Verses. What seemed at the time to be a work that expressed both the social reality of an identity shift for migrant-settler Muslims in the UK, from ethnicity (Asian) to religiosity (Muslim) (p.9), and the divide between secular liberal values and misplaced religious conservatism, morphed into a quasi-prophetic account of the rise of ‘Islamic fundamentalism’ as a precursor to 9/11. Although completely unrelated to the catastrophic events to come, Kurieshi’s short story, which was also released as a film, now presents itself as a key text in the evolving fictional narratives on Islam/Muslims in North-western Europe and North America. Clearly, Kurieshi’s proximity to Islam, while expressed fictionally, is closer to that of Ian McEwan or John Updike whose writings bear only a tangential consideration of Muslim identity in their apocalyptic obsessions with 9/11. The majority of outsider depictions of Muslims surveyed in Nash’s work are usually presented as faceless, coincidental, dichotomous or ‘essentialised,’ ‘flat-pack’ characters. They are usually projected as merely ‘part actors’ in the greater 9/11 event. It is, instead, largely the ‘insider’ authors – those of apparent Muslim origin, who attempt any ‘subjectification’ of their Muslim characters, often through the psycho-social tensions they confront as a result of their cultural displacement, religious difference or civilizational contrarieties as the Muslim ‘other.’ An important question that comes to mind when reading Nash’s book is that of the employment of metonymy both as an over-arching schema in the developed reception of the Muslim other through ‘outsider/western’ representations and interpretations and within the construction of the author’s own work. By this I mean that redefining Muslim identity through the prism of 9/11 as something that is inherently violent and pathological in addition to being culturally and civilizationally oppositional to European, post-Enlightenment, liberal values relies specifically on a metonymic continuity. Such a dominant representation, contextualised by the events of 9/11 has consequentially spawned a particularised neo-Orientalism that confronts the spacial proximity and intimate presence of the Muslim ‘other’ in modern western societies. This phenomenon is observed in all the works critiqued in Nash’s publication by offering us a convincing analysis of the inter-connectedness of the variant fictional narratives and (fictional) Muslim identity constructions that thread, metonymically throughout the book’s various chapters. Sceptics might argue that Nash’s neatly constructed schema is dependent on the particular writings he has selected and that, conversely, there are alternative and conflicting works that portray a quite different reading/s of Muslim identity. Yet, building a case for Muslim minority, Kulturkampf needs increasingly less convincing evidence in the current climate of assertive Islamophobia across Europe and north America but, mapping the less obvious and more innocuous forms of negative Muslim representations through popular writings and novels requires a degree of developed literary skill. Nash’s work reflects his considerable intellectual ability to dissect and unpack the emerging trends present in popular and fictional works on contemporary Muslim identity constructions, which makes his book an essential addition to the subject matter. 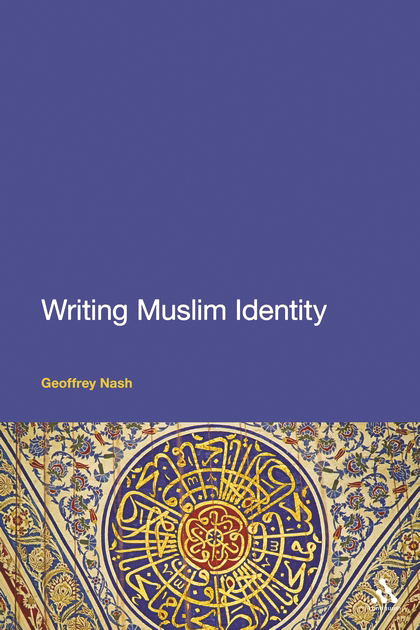