In his book China’s Foreign Policy, Stuart Harris, a Professor Emeritus at the Australian National University, provides insight into China’s foreign policy behavior and its motivations focusing on major changes and continuities since 1949.

In his book China’s Foreign Policy, Stuart Harris, a Professor Emeritus at the Australian National University, provides insight into China’s foreign policy behavior and its motivations focusing on major changes and continuities since 1949.

The book consists of eight chapters. In the first chapter, in order to clarify changes and continuities in their foreign policy, the author analyses the impact of history and culture on China’s foreign policy approach in general and its main elements under the leadership of Mao Zedong and Deng Xiaoping in particular. The chapter puts an emphasis on the divergent points of view of China and the West (i.e the U.S. and its allies) towards the world affairs emanating from their historical, cultural and philosophical differences and peculiarities. By focusing on the Chinese foreign policy decision making process, the second chapter aims to find out the impact of the specific organizational processes on foreign policy decisions and investigates the role of the military in policy making. As stated in the book, in the first 30 years of the People’s Republic of China (PRC), foreign policy was heavily determined by the strong Chinese leader Mao Zedong; however, ideology and leaders’ personality lost importance.After Deng’s reforms, institutionalization and professionalism gained ground. While factional policies were important during Mao and Deng’s period, summit and head of state diplomacy became important elements during the rule of Jiang Zemin and Hu Jintao. As for the military, the army has remained an actor that mostly had an indirect effect on decision making process compared to other actors as it has not been represented in the Politburo Standing Committee (PBSC) since 1997. However, this indirect effect cannot be underestimated. The third chapter is about how China views the international system and what kinds of contributions it has made so far to this system. It is specified that China’s world view is evolved from a Marxist-Leninist approach which sees the international system in terms of war and revolution in contrast to Deng’s peace and development approach. In this chapter, the ‘China threat’ theory and the meaning of responsible power are also discussed. However, in respect to the China threat theory, the author does not sufficiently explain the basis of this theory or perception which I see as an omission in the book. Actually he shows China’s economic rise and Germany’s attack on Britain as the reasons for the China threat theory. However I believe that Organski’s ‘power transition theory,’ Mearsheimer’s ‘offensive realism’ theory and even Huntington’s ‘Clash of Civilizations’ theory should have been mentioned as the basis of China threat theory in this chapter.

The fourth chapter is about insecurities and vulnerabilities of China and their impact on Chinese foreign policy. The author categorizes these insecurities and vulnerabilities into four groups which are; the regime of the country, historical experiences, geographic insecurity, and special vulnerability to the U.S. In this part, he briefly explains the problems in Tibet, Xinjiang, Taiwan, East and South China Sea. The author concludes that China still needs the U.S. for its development and despite the mistrust towards Washington D.C., there will be no challenge to the U.S. among the country’s long term foreign policy goals. In the fifth chapter, besides soft power, China’s insecurities and vulnerabilities in terms of its hard power are examined. In this sense, China’s policies regarding nuclear weapons, space and cyber warfare are analyzed. It is pointed out that China, which became a nuclear power in 1964, continues to be an advocate of nuclear nonproliferation and wants merely to contain the U.S. in space weaponry and cyber warfare, rather than matching or surpassing it. The author concludes that, although China’s military modernization might be a challenge both in Asia-Pacific and around the world, there is not enough evidence to show that China will have a major policy change to pursue an expansionist and aggressive foreign policy.

The sixth chapter analyses China’s foreign policy focusing on economy and economic development which is still on the top of its agenda. As analyzed in this chapter, China tends to use its economic power if its interests are at stake, especially in the Taiwan and Dalai Lama cases. The next chapter examines China’s relations with its neighbors and also big powers such as the European Union (EU). In this chapter, it is stated that China has embraced multilateralism while looking for ways to establish bilateral strategic relationships with the periphery countries in its region. As another missing point of the book, while talking about the pivot in the seventh chapter, the author mentions the Trans-Pacific Partnership (TPP) as a containment maneuver against China’s rise; however, he doesn’t mention Regional Comprehensive Economic Partnership (RCEP) which is supported by China, basically against this containment.

The eighth chapter, also providing a conclusion to the readers, focuses on the domestic factors on China’s foreign policy. The author considers that the main principles of China’s foreign policy have remained consistent especially since Deng Xiaoping; However, its policy implementations might differ according to the leaders and their interests.

The greatest strength of the book is in its comprising a wide range of issues in a very comprehensive way, including China’s view of the world, its foreign policy making process, its institutions, the role of military, its integration to the international system and its relations with these institutions, its relations with neighboring countries, internal and external problems and economic policies in only 236 pages. Another strength is the use of numerous academic resources which is something closely related to the author’s strong academic career.

Harris’ book, is well and fluently written, organized, informative and very comprehensive in terms of including many aspects of China’s foreign policy and makes a valuable contribution to the field of International Relations, particularly Chinese Studies. Moreover, academics specialized in China’s foreign policy, or scholars and students who are interested in Chinese foreign policy can benefit from this book. The book is also helpful for new starters in this field who require an overall knowledge about China’s foreign policy. 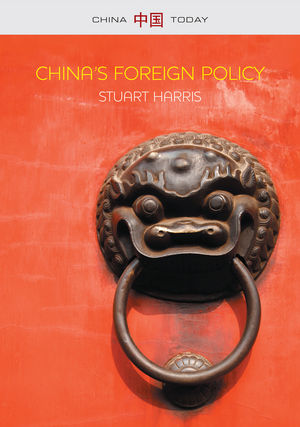 Multilateralism in the 21st Century: Europe’s Quest for Effectiveness

The Turkish Economy During the Justice and Development Party Decade

Turkey’s Stance towards the Main Developments in the South Caucasus