Climate change has recently emerged as a major factor informing people’s decision to migrate and has increased the urgency of traditional reasons behind migration such as economic hardship, political turmoil, repression, and unjust social conditions. Indeed, given the increasing gravity of climate change, every single individual could become a migrant and every single country could be a source of migration. Regarding the management of migration, which impacts more and more places, a more equitable sharing of responsibility would not only protect the rights of migrants but also create a fair system for all nations. This study addresses climate change along with the more traditional reasons behind migratory movements. It tackles the role of externalization policies, which are expected to gain further momentum due to the growing diversity of push factors, on migratory movements. It also analyzes the functions and implementation of border control, repatriation agreements, and other legal arrangements intended to make it harder for migrants to access international protection. 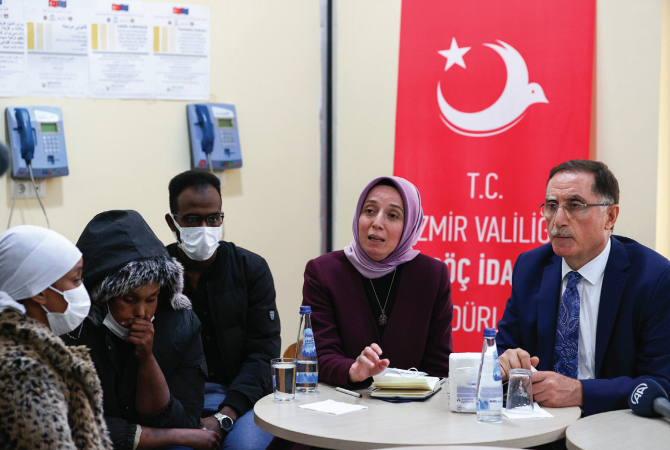 In this century, humankind has witnessed the Chinese curse, “May you live in interesting times,” coming true in various areas and many ways. We all bear witness to the many dimensions of these strange times, including chaos, violent conflict, inequality, and injustice. The sign of the present times is in some ways a regression. The two world wars that broke out in the previous century led to millions of deaths and tremendous suffering, whilst encouraging humanity to pursue peace and stability. International institutions, such as the United Nations (UN), the North Atlantic Treaty Organization (NATO), and the European Union (EU), emerged out of that pursuit. At the same time, the assumption that building walls along national borders would ensure any country’s safety ceased to be rational, a realization that resulted in the abolishment of many such physical borders. As multiple countries concluded visa liberalization agreements to facilitating the free movement of people, technological advances inspired hope that the twenty-first century was going to be better for humanity –more prosperous and more peaceful. The expectation and hope that geographical borders would disappear and give way to a new order, under which all individuals would receive their fair share of welfare, gave rise to an optimistic approach to the migration process and the migrant identity.

What actually happened in the twenty-first century, however, failed to meet expectations. Indeed, today’s global state of affairs does not inspire any hope for the future. Migration has come to be seen as one of the most important global issues within that context. Today, migratory movements occur simultaneously in different parts of the world, for ever-changing reasons. Migrants move from Mexico t

The Impasse of International Law on Climate-Induced Migration: Recent Developments and the United Nation’s January 2020 Decision on Climate Refugees