The turbulent changes witnessed in Saudi Arabia ever since the appointment of Mohhamad Bin Salman (MBS) as the Crown Prince has shifted the focus on King Salman’s regime and the challenges ahead.

The turbulent changes witnessed in Saudi Arabia ever since the appointment of Mohhamad Bin Salman (MBS) as the Crown Prince has shifted the focus on King Salman’s regime and the challenges ahead. The changes taking place in Saudi Arabia and across the Arab world as a result of this transition call for a careful examination of these challenges. The book under review attempts to do precisely that. In the introduction to this anthology, Madawi al-Rasheed highlights the challenges facing the regime, which may be a confluence of social, economic, and political factors, backed by active citizenry, and which are set to produce some serious internal upheavals in the kingdom. The book is distributed in three parts, with each part reflecting on different facets of the Saudi regime, including both the domestic and foreign affairs of the country, and the factors driving the regime, which include its official Wahhabi ideology.

In the first part, entitled “State and Society,” Madawi al-Rasheed provides an insight into the Saudi monarchy and how they have managed to come up with several measures to deal with issues ranging from succession, oil crisis, to the troublesome regional rivalries, especially with Iran, and reaching out to the Asian and Gulf countries towards mending its relationship with the U.S. despite growing strife within the royal family. The debates of succession have always been a contentious issue. By making an amendment in Article B of the Basic Law and by appointing his son as the Crown Prince, King Salman has ensured that succession from now on will be horizontal to vertical. Steffen Hertog points to the initiatives taken by the regime to thwart any chances of rebellion; these come in the shape of different incentives offered to people by the regime, including ‘rent distribution to depoliticize the citizens and stabilize the regime.’ The same tactic was followed when the Saudi regime felt threatened by the left-led movements. Hertog quashes the aspersions which cast doubts over the Saudi regime’s survival and argues that the regime will survive, albeit with a diminished patronage.

In the chapter, entitled ”Saudi Regime Stability and Challenges,” F. Gregory Gause III reflects on the intersection of different factors which include oil-funded patronage networks, the subordination of the religious establishment and winning a trusted ally in the U.S., to bring about the regime’s survival. This chapter also reflects on the economic plan in the shape of a document called Vision 2030 which questions the patron-client relationship that the Saudi regime has built over time. This document also lays a framework for dealing with a budget deficit and curbing spending. Sultan Alamer picks up on the sectarianism issue and contests the narrative of ‘sectarian grievances’ and ‘Islamic dissent’ being the reason for the popular mobilization in Saudi Arabia prior to the Arab Uprising. Nora Doaiji reflects on the changes in Saudi society in terms of the more proactive role of women; she credits Saudi feminism with creating new spaces and therefore challenging the prevalent notion of Saudi women as trapped by religion and society, as well as the notion of women being tools of legitimization for authoritarian states.

The second part of the book deals with the critical issues of Salafi ideology and its impact on the Saudi state. It traces the genealogy of Salafism and subsequent Saudi affiliation with extremist groups and the global expansion of Salafi ideology through extremist groups like ISIS. Andrew Hammond traces the significance of Islam in Saudi foreign policy and how it has been directed to check the local ulama by keeping them out of politics. The subsequent chapters in this section engage with the onslaught from the same extremist groups which the Saudi regime nurtured, and the challenges the rise of ISIS has posed to the regime. Cole Bunzel highlights the looming threats over Saudi Arabia, as it is now trying to minimize the influence of Wahhabism, which would make it prone to jihadi violence in the times to come.

Part three deals with the Foreign Relations of Saudi Arabia. In the first chapter, Toby Matthiesen argues that Saudi Arabia during the Cold War came increasingly under the influence of the U.S. and that this eventually shaped their long-lasting relationship. It also traces the importance of Saudi Arabia for the U.S. as both of them were fighting a common battle against communism, albeit for different reasons, and also for the mutual benefits both acquired from working as close allies. Madawi al-Rasheed brings in the role of Mohammad Bin Salman (MBS) as the next Crown Prince, which has already created ripples within Saudi circles and across the broader political spectrum. She also explores the decisive shift in the foreign policy taken by King Salman and his son from cautious diplomacy to a more interventionist doctrine. This also points to the relentless U.S. support which has emboldened MBS to further Saudi Arabia’s offensive strategy amid the waning influence in the region, as in the case of Yemen and Qatar. Naser al-Tamimi highlights the increasing role of China in the Gulf and its growing business interests in the region, including Saudi Arabia’s engagement with it. The author concludes that Riyadh recognizes the role of China in the region but argues that as of now or in the near future Saudi Arabia is not going to replace the U.S. with China.

The book, although encompassing the most important issues concerning Saudi Arabia, fails to provide a comprehensive understanding on the functioning of the Saudi economy. It also neglects to highlight the role of Iran, keeping in view the predominant role Iran has over the Saudi political imagination. In the ‘Foreign Relations’ section, the book surprisingly fails to give Saudi Arabia’s relationship with Pakistan the attention as it merits. Overall this book is a must-read for those interested in Saudi Arabia as it brings forth the different facets of the Saudi state, its society, and its foreign relations. 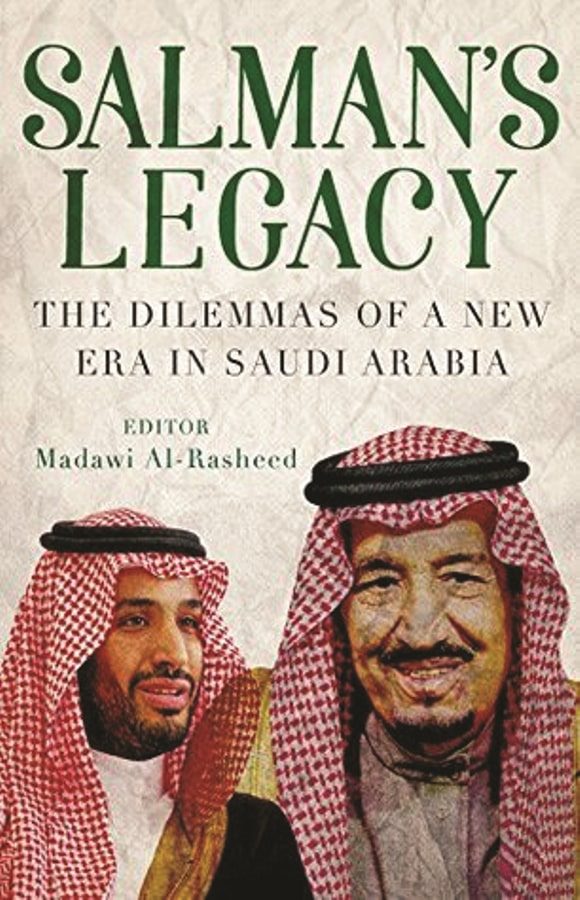