Starting in 2013, Turkish-American relations have been undergoing one of the deepest and most alarming crises since the 1940s. Ankara, a NATO member and U.S. ally for more than six decades, not only defies U.S. interests in the Middle East, as in the cases of Iran and Syria, it also works with Russia on many strategic issues, such as buying high-tech weapons, building a nuclear power plant, and negotiating the Syrian crisis. In order to explain why Turkey, as a subordinate actor in the U.S.-led order, pursues policies that are incongruent with U.S. interests, this paper employs a hierarchy approach in order to identify when and why subordinate states challenge the lead state and its rules and dictates. 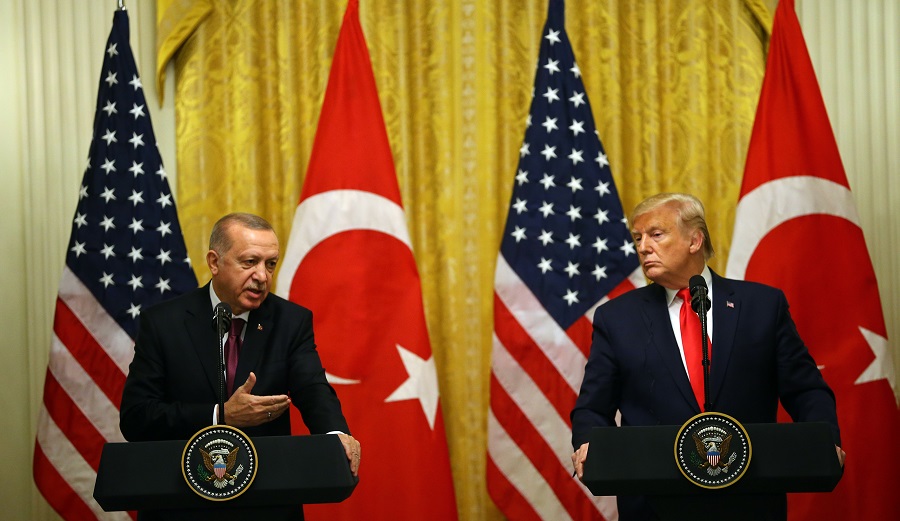 Starting in 2013, Turkey experienced its deepest and most alarming crisis with the U.S.-led order, leading The New York Times’ editorial board to issue an open warning: “Turkey has prospered as a NATO member. That means it is likely to be the big loser if it forsakes the West for, say, closer ties with Russia.”2 In June 2018, 44 members of the House of Representatives warned U.S. Secretary of Defense James Mattis in a letter saying that Turkey, “in addition to its threats against the United States, … has made a common practice of aggressively targeting U.S. allies, while aiding and abetting our adversaries.”3 Although many pundits and policymakers embraced Turkey’s shift of axis as an explanation for the recent crisis,4 the prophetic, exit-oriented debate that surrounds this explanation is misleading for three simple reasons. First, history proves that such debates have poor predictability power. For example, Turkey’s crisis with the U.S. in the 1970s triggered a similar debate,5 but Turkey remained within the U.S.-led order. Second, the exit-oriented debate overshadows Turkey’s search for greater autonomy within the U.S.-led order. Finally, such a conceptualization of Turkey’s crisis with the U.S. is value-laden, simply because it constructs Turkey as inferior against the superior West.6

Given the fact that the YPG is the Syrian branch of the PKK, a terrorist organization targeting Turkey’s unity, Ankara perceived the U.S.-YPG collaboration as an existential threat to its own security

Unlike shift-focused analyses, this paper primarily asks the following question: why does Turkey, as a subordinate actor in the U.S.-led order, pursue policies that are incongruent with U.S. interests? To provide a comprehensive answer to this crisis-focused question, the paper is divided into two main sections. The first section will attempt to explain why Turkey’s current crisis with the U.S.-led order is unique and worthy of study. The second section will debate potential reasons behind Turkey’s challenging behaviors toward the rules and dictates of the U.S.-led order. Finally, the concluding part focuses on the ‘shift of axis’ debates and elucidates why Turkey is likely to remain within the U.S.-led order.