In this paper, we first present a background to the watershed elections of 2018, describing the context preceding the elections. In order to explain the changes and continuities in the geographic patterns of the 2018 elections, we present ballot-box and district level data from 2018 and previous elections. We refer to long-term ideological/cultural differences as well as short-term evaluations about security and the economy in shaping the 2018 election results. Even in the face of various important developments, radical changes in the geographic voting patterns do not appear to have taken place. The incumbent AK Party and its leader, President Erdoğan, continued to have an electoral edge over competitors in regions that mostly overlap with those observed in earlier elections. 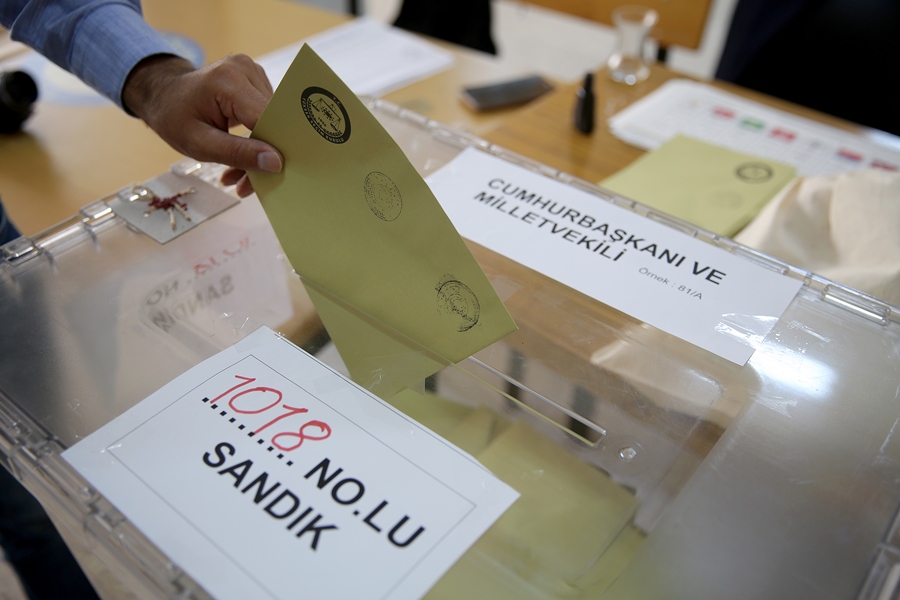 In arguably the most critical election in modern Turkish history, incumbent President Recep Tayyip Erdoğan received nearly 26 million (52.5 percent) of about 50 million valid votes in the elections of June 24, 2018. Following a narrowly approved referendum in April 2017, President Erdoğan’s new term starts with sweeping executive privileges that include the power to issue decrees with the force of law and to appoint the cabinet and vice-presidents as well as senior judges amongst other civil servants. However, in contrast to its repeated success in the second presidential election since 2014, Erdoğan’s party, the Justice and Development Party (AK Party) lost its parliamentary majority. Although it remains the largest party with 295 seats in a parliament with 600 seats, the AK Party’s electoral support declined from 47.8 percent in November 2015 to 42.6 percent in June 2018.

Muharrem İnce was the leading opposition candidate against Erdoğan and received about 31 percent of the votes. Similar to Erdoğan’s electoral performance compared to his party’s in the parliamentary election, İnce’s party, the Republican People’s Party (CHP) did poorly and received only 22.7 percent of the votes, securing 146 seats in the parliament. This marks a noteworthy reduction of votes from 25.3 percent in November 2015. The left wing Kurdish Peoples’ Democratic Party (HDP) once again remained above the 10 percent threshold and obtained 67 seats. HDP leader Selahattin Demirtaş campaigned from behind bars and garnered 8.4 percent of the votes, effectively being the third largest candidate in the presidential election. The Nationalist Movement Party (MHP) supported Erdoğan’s candidacy and formed an electoral alliance with the AK Party, performing unexpectedly well by gaining 11.1 percent of the votes that brought 49 seats. As such, the MHP’s performance is better compared to its rival the İyi Party (İYİP) founded by splinters from the MHP, which obtained slightly below 10 percent with 43 seats. The İYİP had been formed in 2017 after its leader Meral Akşener resigned from the MHP and ran in the June election within an alliance with the CHP.

The next section describes the background to the 2018 elections. We present a framework to explain the reasons for holding a snap election which was initially scheduled for November 2019. We argue that short-term factors based primarily on economic concerns, combined with long-term ideological differences, were critical in the decision to hold snap elections in June 2018. We also mention several security concerns stemming from the coup attempt in 2016. The third section presents what we call mobilized ballot-boxes and shows patterns of electoral competition in the most recent elections. The fourth section presents a comparative geographical analysis of the most recent elections by referring to previous elections. In this section, we present six politically distinct clusters across districts and describe geographical party competition in Turkey, based on the 2018 elections, and the previous parliamentary elections of 2015 and the presidential elections of 2014. The fifth section concludes with expectations based on our findings and the newly established political system in Turkey.

The MHP’s Lost Coalition Opportunity: Political Communication, Discourse and Strategies in the June and November 2015 Elections