The Syrian crisis is deepening. Pro-Assad forces have so far killed more than 30,000 Syrians; hundreds of thousands have fled to neighboring countries. The refugees settled in Turkey have exceeded 100,000, the threshold figure that Tur- key had already declared as its limit that it can provide services to. 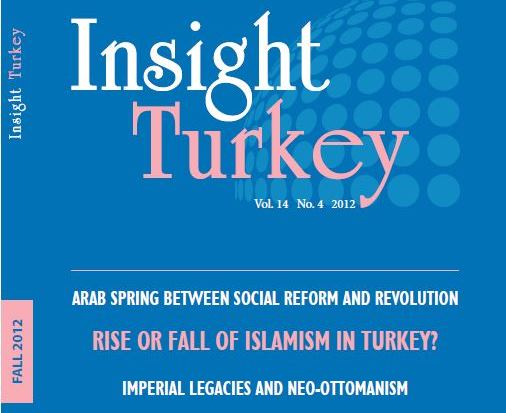 The Syrian crisis is deepening. Pro-Assad forces have so far killed more than 30,000 Syrians; hundreds of thousands have fled to neighboring countries. The refugees settled in Turkey have exceeded 100,000, the threshold figure that Turkey had already declared as its limit that it can provide services to.

Turkey is unilaterally doing its best to provide shelter, food, health care, and education for refugees, and even daycare for their children. Angelina Jolie, an UNHCR goodwill ambassador, recently visited the refugee camps in Turkey and praised the Turkish government for providing security and services to the Syrian refugees. But winter is coming and living conditions will be tough for people in the camps. There are also the Syrians who had fled from pro-Assad forces but were not able to cross the Turkish border. With growing concern over the difficulties of accommodating a rising number of refugees, the Turkish government has slowed down its intake, while at the same time human rights organizations have called on Turkey to immediately open its borders to the over 10,000 Syrian refugees that are trapped across the border.

However, the influx of refugees has become a major economic burden for Turkey. The country has spent nearly $500 million in caring for the 100,000 refugees already in the country. And it is not over yet. The numbers of refugees is increasing daily and those who are already in Turkey still have to be looked after. In the midst of a global economic crisis, it is unfair to leave the ever-increasing cost of the refugees on Turkey’s shoulders. I wonder how many European countries would be willing and capable of coping with such a large amount of refugees if they had knocked their doors? So what Turkey has been doing for the Syrian refugees is praiseworthy.

In addition to the humanitarian crisis, the Syrian crisis is an increasing security challenge for Turkey and other countries in the region. Artillery shelling on Akcakale, a Turkish town just across the Syrian border, killed five Turkish citizens, a mother and her children. The Turkish government responded to Syria’s attack in kind, and received a mandate from the parliament to station troops abroad if necessary. Following Syria’s shelling of Akcakale, NATO strongly warned the Syrian government, and the UN Security Council also urged caution. The situation has not escalated yet to the point of no return, but the risk still remains.

I think the risk is not only that the Assad regime killing hundreds every day, or the likelihood of a Turkey-Syrian military confrontation on the ground, but is also to the future of Turkey’s alliance with the West. It is obvious that Turkey shoulders all the risks on its own without much help from its Western allies apart from verbal support. The United States and the other members of the Western alliance must understand and respond to Turkey’s well-justified demands to share the burden and risks involved. With no concrete steps being taken, the Turkish government feels increasingly abandoned. The Syrian episode, therefore, may turn into a major change in Turkey’s perception of the West, the usefulness of being part of a Western alliance, and its friendship with the other member countries.

The Syrian crisis may be a challenge for Turkey’s regional power aspiration but it is also a litmus test on the future of the country’s relations with the West. Left to face all the burdens of the Syrian crisis on its own, Ankara might start questioning the benefits of the Western alliance. For the sake of short-term calculations on Syria I think the West has put Turkey’s long-term Western alignment in risk. The recent increase in the Turkish government’s interest in the non-Western world, based on mutual economic interests and cultural-religious affinity, coupled with a deep disappointment with the West over the Syrian crisis, might mark the end of Turkey’s role in the Western alliance—a process that is likely to start with a psychological break. Then it may be too late to ask “Who lost Turkey?”

Against the background of this grim picture, there is good news for the Insight Turkey readers. Starting with the January 2013 issue, the journal will come out with a new design that we believe to be more aesthetic and reader friendly. We will continue to provide up-to-date short commentaries on current regional and global affairs, lengthier academic articles, and useful book reviews. Our determination to bring high quality work to our readers’ attention will continue unabated.

The Kurdish Question: The Reasons and Fortunes of the ‘Opening’