Neighborhood Challenge: The European Union and its Neighbors

Contributors contend that the neighborhood policy is a significant reference point for the EU to exhibit its status as an international actor. In various chapters, they discuss the implications of the EU’s growing role in key regions around the globe. One concrete implication refers to a significant process in the making: the shift in the EU’s policies from fostering regional stabilization, reconstruction, and the return of refugees to encouraging regions to implement their own political, institutional, economic and social reforms. Another major conclusion is that the EU’s deficiencies result from fragmented bureaucratized mechanisms that complicate the allocation of aid. In one concrete proposal to overcome this problem, it is suggested that the EU programs and initiatives be consolidated into one major European project to streamline the bureaucracy. In addition, the EU should encourage local actors to participate in EU programs on the basis of jointly agreed priorities and strengthen civil society.

The book focuses on different cases related to the EU’s neighborhood, from Russia, Ukraine, Belarus, and North Africa, to the Western Balkans, South Caucasus, and Central Asia. These studies help demonstrate the variations in EU policies, the EU’s foreign policy potential, and the attitudes of other powers toward EU policies. Comparison with US policies enriches the book’s analytical strength. Also significant are the theoretical insights that undergird various individual chapters. For example, the EU’s approach toward organized crime in the Balkans, which is emphasized as one of the main problems in the region, is analyzed from various theoretical perspectives, namely utilitarian, constructivist, and structuralist.

Another case study looks at the EU’s role in the Middle East. The contributors compare differences between the EU and the US approaches, as exemplified by the US-led Middle East Partnership project and the EU’s Barcelona process. A major conclusion of this study is that the EU’s policies in the region did not act as a factor to move authoritarian regimes toward democracy, human rights, and the rule of law. The persistence of the Arab-Israeli conflict, the un-institutionalized framework of the Euro-Mediterranean Partnership, and the lack of dialogue between Euro-Mediterranean Partners are offered as the major factors perpetuating the current situation. The contributors also stress that the financial aid restrictions placed on the southern partner governments in the Middle East and their civil societies have led to deficiencies in aid management. Such restrictions are products of the EU’s inclination to use aid for political purposes. Yet, the contributors note that the EU’s strategic thinking reduces the importance of aid policy in sparking reforms in the Middle East.

The contributors argue that the EU approaches Central Asia and the Caspian from a strategic perspective, focusing on their place in EU security policies, especially in terms of foreign energy resources and the region’s potential as a market for European products. They show how the 9/11 terrorist attacks and the war in Afghanistan resulted in the EU’s revision of its policies toward this region through the implementation of a wider range of financial programs and agreements. They take this case as an example of how pragmatism shapes the EU’s role in the international area.

The EU’s presence in the Black Sea area is examined in relation to Russia’s weight in the region. In that regard, the contributors discuss in great detail the factors that hindered the formation of a coherent EU security strategy toward the Black Sea area. They identify various issues where the EU could exert greater influence, such as engaging in the resolution of the region’s frozen conflicts, and the activation of crisis management capabilities.

Perhaps the major contribution of the book is its conclusion that the EU suffers from certain deficiencies in terms of creating common policies in the international arena, due, among other things, to its failure to eliminate the contradictory policies of individual member states, and its one-size-fits all approach toward different target countries. Various chapters in the book agree with this conclusion to different degrees. In particular, they identify other factors that reinforce the EU’s deficiencies: the contradictions in various EU policies, the lack of common definitions regarding international problems, the EU’s secondary role in regional security problems, and the absence of obligatory and compulsory benchmarking in ENP action plans. Still, they do not attribute all the shortcoming to the EU’s own misdoings. For example, the South Caucasus’s lack of a working regional mechanism, and the different economic and political priorities that beset the regional countries, hinder the successful implementation of the ENP there.

Neighborhood Challenge can be considered a significant reference source which defines the EU’s neighborhood policy in detail, assessing the European Neighborhood Policy and its political, economic, and social instruments and competencies, and analyzing the shortcomings of the EU with regard to its neighboring regions. Overall, the book’s issue-specific and region-specific chapters offer some of the few systematic attempts to analyze the EU’s foreign policy on its periphery, extending beyond the context of the ENP. The focus on various issue areas, such as the financial aid programs; and the use of different research techniques, such as statistical data and comparative country profiles, enrich the book’s strength. Perhaps one weakness of the study is its failure to build on a common theoretical understanding regarding the concept of neighborhood. Indeed, the book falls short of providing scholars and policymakers with a new perspective regarding the EU’s efficacy as an international actor in relation to its “neighborhood challenge.” This shortcoming is a sign that the arguments in the book indicate prevalent ideas on the EU’s efficacy as an international actor by jumping to imperfect conclusions. Nonetheless, as a basic contribution to the literature, Neighborhood Challenge stands out with its thorough and valuable discussions about the factors which determine the EU’s position in global politics. 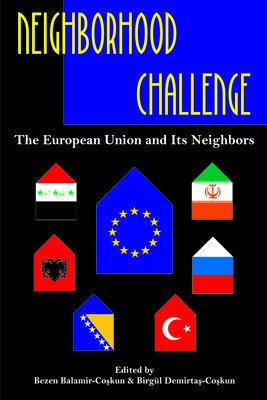 Islam and Democracy in Indonesia

The Limits of Norm Promotion: The EU in Egypt and Israel/Palestine