Peacebuilding and International Administration: The Cases of Bosnia and Herzegovina and Kosovo

Van Willigen constructs a theoretical framework of institution-building under international administrations and, using such framework, provides a detailed historical and political analysis of the Kosovo and Bosnia and Herzegovina cases. One of the main strengths of this book is its provision of such a detailed and thorough conceptual framework for this research, so much so that at times it may even seem to be too comprehensive and detailed for a reader from outside of academia. Moreover, van Willigen presents a profound analysis of the historical documents regarding both countries for the period of 1995-2011 for Bosnia and Herzegovina and 1999-2011 for Kosovo, and provides a very informative assessment and description of the institutional and political developments in both countries. Combined with a well-structured presentation of the main arguments and the overall content, this book enables even a reader with limited background knowledge about Kosovo and Bosnia and Herzegovina to grasp the main trends and developments in both countries and to understand the essence of the research.

Van Willigen defines international administration as, ‘a political authority which is established by an international organization and which aims to develop political, social and economic institutions on a specific territory by assuming some or all sovereign powers of the state on temporary basis,’ and underlines that such administrations usually aim to ‘establish sustainable peace’ (p. 23). The author argues that any institutionalization undertaken by international administrations consists of two phases: the creation of the institutions and their persistence. The success of the latter phase, in turn, might be assessed by looking at the level of autonomy (defined as independence and capacity) of the newly-built institutions, the degree of congruence between the institutions and the existing political culture, and the level of local support for these institutions. Moreover, the author proposes that the success of international administrations’ activities might depend on whether the administration is engaging in conflict management or conflict resolution activities. The difference between the two is that conflict resolution is about removing all incompatibilities and creating positive peace, while conflict management is about the removal of violent conflict (behavior and attitudes) thus achieving negative peace.

Comparing two different types of international administrations (the control type applied in Bosnia and Herzegovina and the governorship type applied in Kosovo), van Willigen argues that in both cases the second phase of institutionalization was not fully achieved due to the persistence of incompatibilities between different groups within these countries. Using the theoretical framework summarized above, van Willigen analyzes the main political institutions (such as the presidency, and the executive and legislative branches) in both countries and shows that the absence of conflict resolution in both cases resulted in weak institutions that were not sustainable without international support.

The author argues that although both the OHR (Office of the High Representative in Bosnia and Herzegovina) and the UNMIK (United Nations Interim Administration Mission in Kosovo) engaged in a transfer of authority to the local institutions, thus contributing to the increase of their level of independence, the capacity of political institutions in both countries remained low even in 2011 and both were still dependent on international support. Moreover, despite the efforts of the international organizations to promote a political culture based on civic nationalism emphasizing the individual rights of all citizens, the author shows that the political culture of ethnic nationalism persisted, as the institutions in both countries were formed with an emphasis on group identities and group rights, and were thus operating in line with ethnic nationalism. Finally, analyzing elite and popular support for the political institutions in both countries, van Willigen shows that both attitudes towards the institutions and compliance with them remained limited among the population in both countries while political elites’ support towards such institutions differed in accordance to the affiliation of elites to a particular ethnic group. While this finding provides important insights into the limitations of the effectiveness of international administrations and the attempts of state-building, it also points to a relative weakness in the theoretical foundation of van Willigen’s research.

This weaker part of this analysis is related to the initial proposition that the degree of congruence between a country’s political culture and the imposed institutions is likely to contribute to the sustainability of institutions, while the findings of the book suggest the opposite. Though the author acknowledges that the cases under investigation demonstrate that, on the contrary, institutional congruence with political culture based on ethnic nationalism can indeed undermine institutional sustainability, the book misses the opportunity to elaborate on this relationship further and to discuss the importance of this finding for the theoretical knowledge about institutionalization.

In order to provide an additional discussion of the reasons behind the adverse effects of the proposed congruence, this book could refer to the literature focusing on the effect of power-sharing arrangements on the short-term conflict-managing and the long-term state-building. Such additional discussion would be effective, as some literature in this area supports the author’s argument that institutions based on ethnically defined power-sharing, as in the case of Bosnia Herzegovina and Kosovo, are likely to help to achieve negative peace but may slow down or prevent the development of more sustainable democratic institutions. Moreover, while emphasizing the difficulty of establishing a political culture based on civic nationalism, the book does not elaborate on the fact that such difficulty might also be related to the lack of institutions based on such civic nationalism and on the contrary could be impeded due to the presence of institutions based on ethnic nationalism.

Although lacking further elaboration on this matter, van Willigen’s analysis of institutional congruence with local political culture and its contradictory results, in fact, yields additional merit to this book by creating a further space for discussion and research on the significance of such congruence. Moreover, it points to the need for a reconsideration of attributing a necessarily positive value to congruence while analyzing institutional sustainability.

To sum up, this book provides a coherent model for the analysis of institution-building in a post-conflict country run by an international administration, and applies this model to the rigorously examined cases of Bosnia and Herzegovina and Kosovo. The author demonstrates the limitations of state-building activities in the context of absent or incomplete conflict resolution, arguing that persisting incompatibilities within states would create obstacles for institutional persistence. At the same time this book reveals the need for further research on the relationship between institutional sustainability and congruence with the endemic political culture.

In conclusion, Peacebuilding and International Administration would be beneficial for both practitioners and scholars working in the areas of post-conflict peace-building, state-building and conflict resolution. While detailed theoretical parts of this book might be difficult for readers with limited knowledge in these spheres, the rich historical evidence and easy-to-understand discussion of such evidence make this book interesting for anyone aiming to deepen their knowledge about the political developments in these countries, and to gain a general understanding of international administrations. 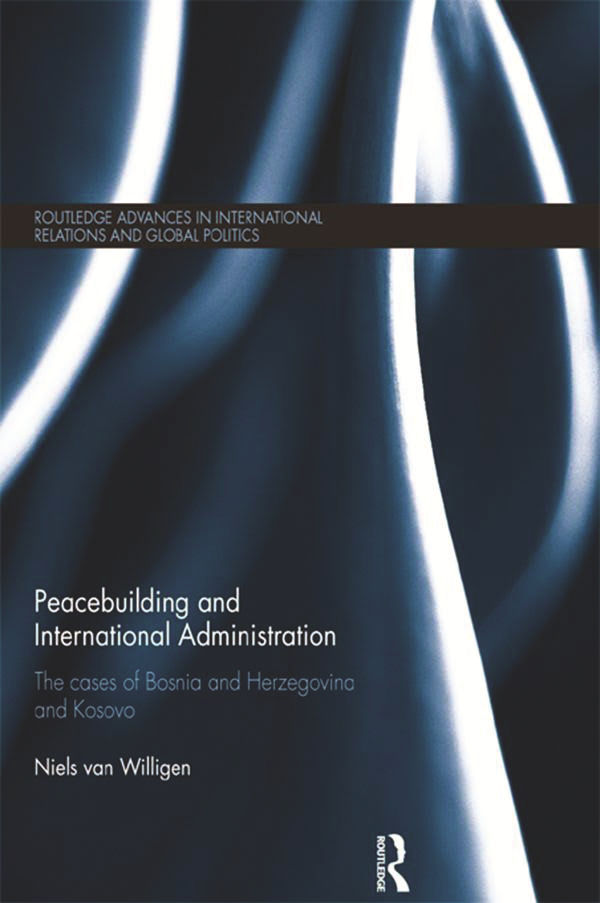