The European Union and Central Asia

The volume coordinated by Neil Melvin1 (2008) was perhaps the first attempt at systematizing these relations, looking at the dilemmas the EU faces resulting from the development of closer cooperation in economic, security and political terms with Central Asian states while remaining loyal to its normative approach of promoting democratization, securing the protection of human rights and strengthening social justice. Michael Emerson and Jos Boonstra’s study (CEPS, 2010) departs from the 2007 EU strategic document and brings a strong regional dimension to the study of EU’s engagement and how it mixes with other actors very much present in the area, including China, Iran, Russia, Turkey and the United States.
Bringing a new contribution to studies in this area, this edited volume analyzes the EU approaches towards Central Asia through the programs and policy initiatives designed in Brussels and how they are implemented in the field.

This study has three goals: first, to understand the strategic interest of the EU in the area; second, to unpack how policy initiatives and agreed guideline for actions are translated into concrete action and responses to local needs; and finally, to formulate policy recommendations directed at enhancing the EU’s effectiveness in Central Asia.

Also having as a point of departure the 2007 The EU and Central Asia: Strategy for a New Partnership framework document, the book is divided in two main parts. The first is a detailed exploration of the EU-Central Asia contextual cooperation setting and the instruments available for advancing the goals as defined in the strategic document of 2007. The chapters in this part describe the EU’s late involvement in the area, explaining the drafting of the strategy and describing it as seeking a “balanced bilateral and regional approach” (p. 12) that “marks a significant step towards a regionally more fitted approach” (p. 29).

They also explain the EU instruments, documental and operational ones, ranging from partnership and cooperation agreements to the special representative. Political and security issues emerge as a common trend in all these chapters when setting the context for these relations, highlighting common issues in the agendas of both the EU and the Central Asian states, including the fight against international terrorism and organized crime, migration and border management, democracy and good governance, and energy matters. The authors agree that these are areas where opportunities for cooperation exist, though they also point out the difficulties in changing these opportunities into concrete projects and common action. In fact, attention is drawn to the EU’s “zero impact” (p. 18) in the region, and to the difficulties in articulating the EU’s attempts at a regional approach with the development of bilateral relations that tend to raise local perceptions about unequal treatment (p. 29). The much differentiated nature of regimes and approaches, with the normative, good governance socialization approach of the EU and the authoritarian-style of ruling in all Central Asian states, make it complex to define common ground for action.

The second part of the book is thematically organized, following the main lines of action identified in the 2007 EU document, thus analyzing in a detailed way the policy-practice equation and how this gains substance on the ground. The chapters focus on security assistance and border management; human rights, democratization and good governance; youth and higher education; economic development and trade; energy cooperation; water and environmental sustainability; and inter-cultural dialogue, thus analyzing the main issues identified in the comprehensive strategic document. In a well-informed way, these chapters discuss the EU’s actions towards addressing the main goals in these different issue areas, highlighting opportunities, identifying challenges, and suggesting further steps for enhancing cooperation. In the EU’s security agenda, all these issues assume fundamental relevance and there is a wide acknowledgment of the need for engaging in dialogue and translating this into concrete projects, but as these contributions suggest there is still a long way ahead for the empowerment of a strategic relationship between the EU and the countries in Central Asia.

The volume would gain from a tighter and more substantial introduction given the richness of the content developed throughout. The main issues listed in the introduction as framing the rationale for this volume, highlighting the nature of the regimes in the area and EU competition with other actors in Central Asia, do not reflect the cross-cutting issues that are discussed, as well it does not provide a contextualization of the EU as a particular actor, how it deals with the communitarian versus inter-governmental dimensions of these issues, and how it will explore the differentiated models of development that underpin the attempts at consolidation of these relations. The issues identified as conferring importance to Central Asia in EU policies, namely the area’s energy potential, the war on terrorism, with Afghanistan assuming a central role, and the closer geographic proximity to the region resulting from EU enlargement seem reductionist in face of the issues raised and the dynamics discussed in the volume.

Also, a conclusion wrapping up the main findings and main recommendations would be extremely useful, especially for policy makers. 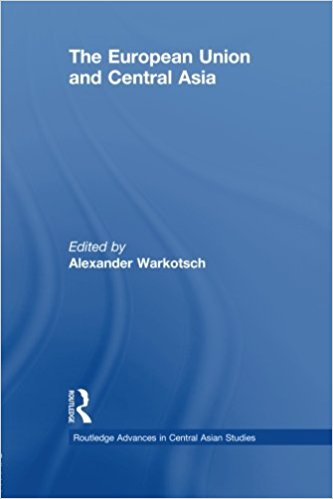 Britain, Turkey and the Soviet Union, 1940-45: Strategy, Diplomacy and Intelligence in the Eastern Mediterranean

Altercating Interests and Orientations between Israel and Turkey: A View from Israel