This article deconstructs the stated reasons behind the quartet’s blockade on Qatar, including i) Iranian-relations; ii) funding ‘terror;’ iii) supporting ‘political Islam’ –Hamas, Muslim Brotherhood, etc.; and iv) destabilizing the Arab world through Al Jazeera, and scrutinizes their veracity. In actuality, these accusations are mere obfuscation. Henceforth, understanding the quartet’s motivation requires employing post-colonialism as an explanatory variable. It does so by assuming the preponderance of U.S. military power in the GCC produces three conflicting ideal-types: i) Saudi-led quartet Arab project, ‘subservient’ to U.S. hegemony; ii) Iranian-led partisan project, resisting/increasing engagement to U.S. hegemony; iii) Turkish-led ‘civic Islam’ project, pivoting from engagement to resisting U.S. hegemony. In this, three-rivalry is the roots of the blockade and the larger meta-strategy at behind the blockade. 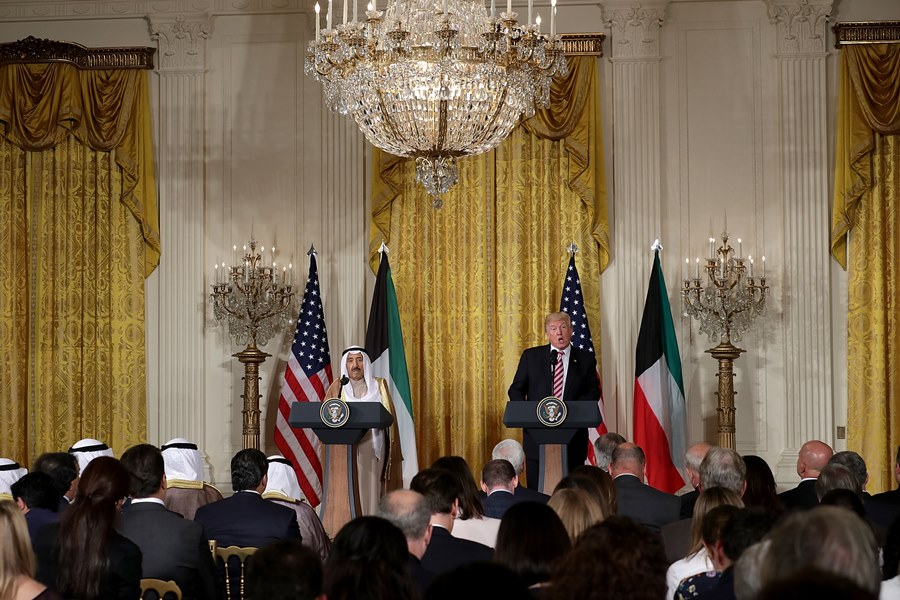 On September 7, 2017, in Washington, D.C., at a press conference with President Trump, Kuwait’s Emir Sheikh al-Sabah was asked by the veteran Al Jazeera journalist Said Saeed about the ongoing Qatari blockade that was initiated by Saudi Arabia and the United Arab Emirates (UAE). Specifically, he asked about the “complicated issue at the heart of this dispute.”1 Responding, Sheikh al-Sabah disparaged the negative role of the media, which he claimed was exacerbating tensions between the disputants. Then, continuing, he downplayed the challenges ahead by highlighting the strong, brotherly bonds in the Arabian Gulf. Lastly, in closing, almost as if needing to feature the achievement of Kuwaiti intervention, he said: “Thank God. Now, what is important is that we have stopped any military action.”2 A sudden silence fell over the room. Astoundingly, Kuwait’s diplomatic shuttling between squabbling neighbors was not a futile effort, as naysayers had it.3 Rather, it was vital in preventing all-out war. This remarkable feat certainly was worth underscoring and did not go unnoticed, with media abuzz by that startling revelation.4

Immediately afterward, the quartet –Saudi Arabia, UAE, Egypt, and Bahrain– responded by thundering ‘war was never on the table!’5 However, that was not believable. Several journalists corroborated the quartet’s invasion plans, conceptualized with former Blackwater mercenaries from Latin America.6 The genie, so to speak, was out of the bottle. From this, there was another fall-out –the widespread collapse of the quartet’s credibility. Their intent to negotiate, in the light of their war-mongering, was derided, especially considering Gargash’s bellicose avowals of “no negotiation.”7 Here, too, the quartet was mortified by this blatant undressing of sorts, which stymied their claims of th

Turkey-GCC Relations: Is There a Future?