Yemen and the Gulf States: The Making of a Crisis

Yemen and the Gulf States: The Making of a Crisis, an edited volume by Helen Lackner and Daniel Martin Varisco, provides six chapters presented in a workshop on Yemeni issues at the Gulf Research Meeting 2016 held in Cambridge, UK.

Yemen and the Gulf States: The Making of a Crisis, an edited volume by Helen Lackner and Daniel Martin Varisco, provides six chapters presented in a workshop on Yemeni issues at the Gulf Research Meeting 2016 held in Cambridge, UK. The chapters address both domestic and international aspects of the ongoing conflict, namely the Iranian, Omani, Saudi, and Gulf Cooperation Council (GCC) dimensions of the crisis. The six chapters are selected out of thirteen papers presented in the workshop. However, Lackner keeps his readers in the dark regarding the basis on which the chapters were selected, despite providing synopses of the content of the papers. Although the exclusion of the remaining papers is within the discretion of the editors or publishers, transparency about the selection process would have served to clarify why the book is structured as it is.

Yemen and the Gulf States frames the current crisis from a third-party approach. Instead of presenting an exclusively Saudi, Iranian or Yemeni stance on the issue, the authors have chosen to provide a combination of perspectives in thematic chapters. Although every chapter is unique in its engagement with the issue, the book has a common stance towards the conflict, emphasizing that the Kingdom of Saudi Arabia has had an embedded, negative impact on what has happened over the past decades in Yemeni society. Throughout the book, the authors openly advance this argument, which becomes central to the general frame of the book.

The first chapter of the volume, “The GCC, Iran and Yemen: An Overview of Relations,” is devoted to a general assessment of the crisis that continues in the GCC, Iran and Yemen. Lackner provides a historical overview regarding the policy making of the various GCC states and Iran towards Yemen, which makes the chapter a short summary of the vulnerabilities of the fragile state. Lackner defines the Saudi’s controversial policy making towards Yemen as ‘tumultuous’ with due representation of the fluctuations in choosing partners and actors (p. 8). The chapter underlines the impact of policy makers on the Kingdom’s foreign policy on Yemen with regard to the death of Prince Sultan and his replacement by Mohammed bin Salman. Lackner emphasizes that policy making in Saudi Arabia oversimplifies the complexity of the Yemeni civil war, and focuses on the perceived threat from Iran, after underlining the importance of the ‘Special Office for Yemen Affairs’ (p. 9). With a detailed analysis by Lackner, from the middle of the 20th century until today, the book provides the key events of the relevant political history to the reader.

The second chapter by Ash Rossiter, “The Yemeni-Saudi Border: From Boundary to Frontline,” assesses the prominent role of border politics on the political and economic fragility of the Yemeni state, while examining the evolution of the border policy of the Saudi State. This chapter clarifies deficiencies and problems in border security, from the initial stages of border setting to the current condition, which allowed many types of transnational crime, including clandestine trade, smugglers, terrorists, illegal immigrants, and the corruption of border officials. Rossiter summarizes the main thesis of the chapter by defining Saudi policy making regarding the border, emphasizing the “shadow economy in Northern Yemen,” which distorts local power dynamics” (p. 29). This chapter adds a very basic but crucial border security dimension to the already discussed perceived threat of Iran to Yemen’s complex civil war. Rossiter claims that due to the Saudi State’s unorganized and insecure border policy, a two-layered patron-client relationship occurred with Yemenis. This led to the development of a quite insecure and ‘self- perpetuating conflict economy’ based on cross border crime and corruption in Northern Yemen, including armament (p. 36). Rossiter basically argues that what happened at the borders has negatively affected the power of the central government, decentralizing the Northern tribes and threatening the Sa’da governorate. Rossiter’s full and frank coverage provides a detailed explanation of the evolution of the Saudi border policy from “a source of insecurity and the country’s weak spot” to a “frontline to defend” (p. 40).

Following the central point drawn by Rossiter, Sterling Jensen elaborates on the role of Saudi policy making in the chapter titled, “The Future of Yemen: The Economic and Security Roles of the GCC.” Distinct from the previous chapters, Jensen illustrates an economic and security perspective, discussing the potential roles of the GCC states in the future of Yemen by evaluating political-economic dynamics. Jensen defines the major interest groups and their political objectives in Yemen in the first part of the chapter and compares the current situation with Western Europe post World War II. The unique feature of the chapter by Jensen is that this comparison is meant to provide options for the interest groups in Yemen. However, scenarios of a potential post-conflict Yemen would differ from the post-war reconstruction of Europe. Jensen follows the major frame of the monograph, emphasizing the Saudis’ role in keeping Yemen weak and divided because, he argues, the Kingdom needs a destabilized Yemen in the equilibrium/balance. A key contribution is Jensen’s assertion that the Saudis are the only interest groups focusing on the north of Yemen rather than the south, which attracts more attention from the international community. Jensen’s chapter is a perfect gem in terms of organization and writing.

Abdullah Baabood touches upon the Omani approach in the fourth chapter, “Omani-Yemeni Relations: Past, Present and Future.” Oman’s unique, neutral, solution- and diplomacy-oriented foreign policy is elaborated in the chapter through a representation of political history starting from the 17th century. Baabood discusses Oman’s role as a mediator in the current conflict to assess its potential to assist in the post-conflict period. However, one can argue that the chapter overemphasizes both modern history and Omani foreign policy, with unnecessary depth in a volume devoted to a more specific issue rather than a deep historical outline.

The fifth thematic chapter of the book, “Yemen in the Context of Iran-Gulf Relations,” is written by Mahjoob Zweiri. As it is clear in the title, Zweiri takes the conflictual situation in Yemen into an Arab-Iran relations spectrum with his argument that, “although the reality of Iran’s involvement in Yemen is beyond certainty, compared to the massive Saudi footprint, the political turmoil in Yemen post 2011 has reflected negatively on Iran-Gulf relations” (p. 83). This chapter illustrates key political history steps regarding Yemeni-Iranian relations and how Iran has been perceived as part of the complex situation. Zweiri emphasizes the transformation of this civil war into a regional escalation, situating Yemen as a zone of rivalry between the Saudis and Iranians for years; however, Zweiri does not limit the article within that scope.

Daniel Martin Varisco, a noted author and scholar on Yemen, concludes the volume with a short chapter on possibilities for a resolution. Varisco summarizes his main concern regarding Yemen in the introduction to his chapter: “the part of the Arabian Peninsula labeled two millennia ago by outsiders as Arabia Felix is today in a terrible fix, once again largely due to both internal strife and outside intervention” (p. 101). Following this significant introduction, through milestones in history of the failed state of the Republic of Yemen, the chapter turns around the question, can Arabia be Felix again? Varisco dreams up three scenarios attentive to the underlying complexity of the problems Yemen faces today. The chapter critically states that given the conditions and regimes of the GCC states, a democratic Yemen will not be easy to accept.

The comprehensive coverage presented in Yemen and the Gulf States provides intensive analyses for any readers aiming to gain knowledge on the current case and its historical outlook. This timely monograph edited by Lackner and Varisco ideally fulfills the literature on the momentum of Yemen and Gulf states’ history in a frame that corresponds to the increasing relevance of the Yemeni civil war in regional politics. Students and scholars of Gulf studies will definitely benefit from this detailed work. 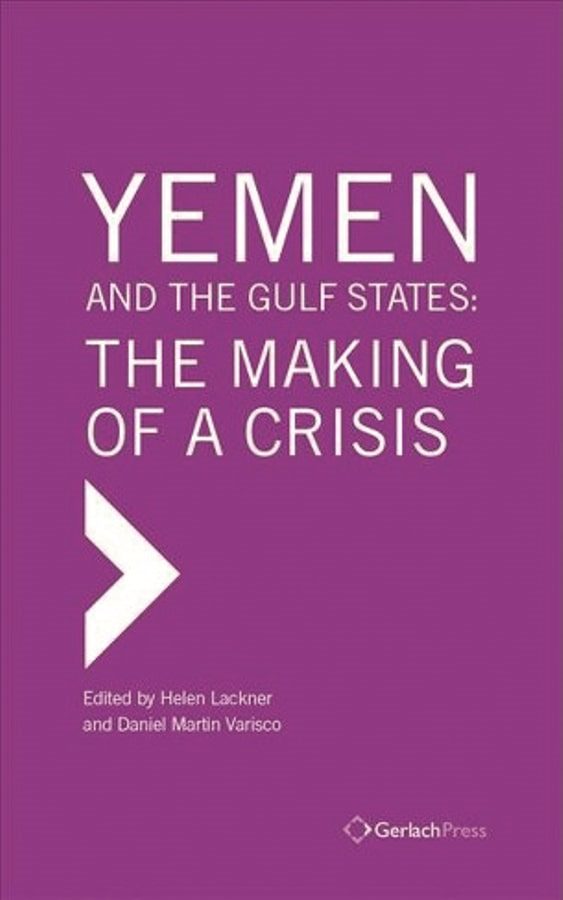 Syria: The Hope and Challenges of Mediation