Diffusion in the Arab World: Turkey and Iran as Models of Emulation on the Eve of the ‘Arab Spring’

The literature about factors that promote growth and change presents models of diffusion that are based on societies’ attempts to learn from the success of other societies and adopt their models. The stepped-up protests and calls for change that led to the Arab Spring were strongly influenced by Arab society’s exposure to the successes of the non-Arab Muslim states in the region: Turkey and Iran. In this article, we identify the focal points of the discussions about the models that the Arab world should adopt from Turkey and Iran, as proposed by leading public intellectuals, leaders, and think tanks, during the period between 2002 and 2012 prior to the eruption of the Arab Spring and during its first stage. 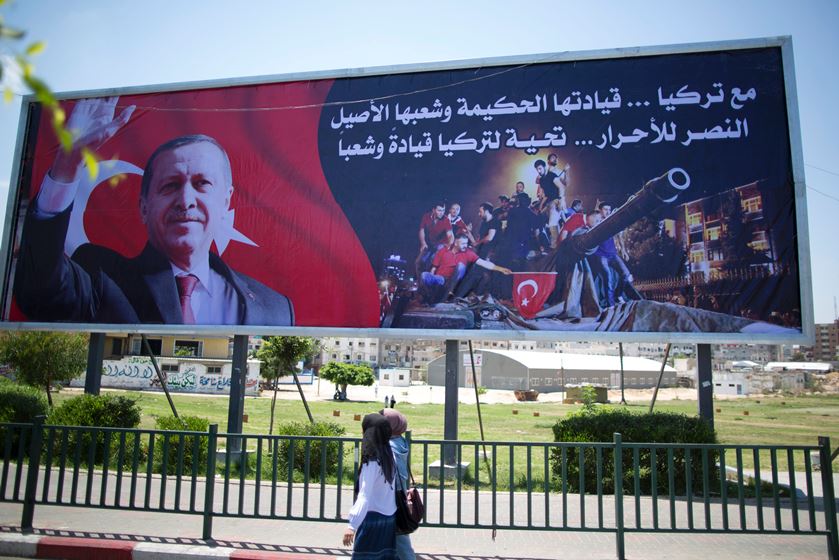 Starting in November 2010, the Arab world experienced a comprehensive and profound shock, which has been dubbed as the “Arab Spring.” It took various forms, ranging from revolutions that unseated powerful regimes and rulers who thought their hold on power was secure, to vocal protests against the existing order and calls to replace it with something new.

One of the main sources of the public protests and the desire to alter the status quo was the Arab peoples’ comparison of their condition with their surroundings –both in the world at large and in the non-Arab Muslim Middle East– meaning Turkey and Iran, both of which are regional powers.1 Systematic comparisons, conducted in broadcast and print media, at academic and public conferences and gatherings, and even in official reports issued inside and outside the Arab world, juxtaposed the meager achievements of the Arab countries with the more substantial accomplishments of humanity at large, the developed countries, and neighboring countries such as Turkey and Iran.

This contrast between the puny achievements of the Arab states and society, on the one hand, and the impressive gains of Turkey and Iran, on the other, was evident in various fields, ranging from culture, science, and society to technology, industry, the military and defense establishment, and on to governmental stability, democracy, and civic life. Of all the countries in the world, Turkey and Iran were singled out for special attention in these comparisons. Both are Muslim countries that have experienced conquest, colonialism, and Western attempts to subdue them; as a result, a broad spectrum of those promoting change in the Arab world viewed these countries as objects for study and emulation. In fact, the desire to register the same achievements (real or imagined) as Iran and Turkey was a major ingredient of the unrest in much of the Arab world during the Arab Spring, and this desire contributed significantly to the waves of protest against the existing order during the first stage of the Arab Spring from 2010-2012.

This article will shed light on the discourse in the Arab world about taking Turkey and Iran as models for emulation, and on these models’ contribution to the demands for change raised by diverse public figures, journalists, and scholars and deemed to be realistic and appropriate for the Arab world.

From Damascus to Kabul: Any Common Ground between Turkey and Russia?