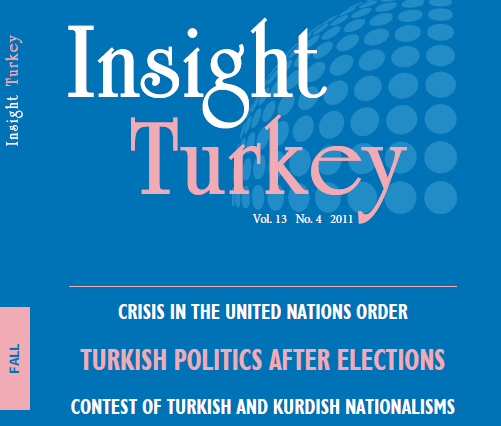 Rather than doing what is “possible” artfully or unambitiously, the election results indicate that the future hinges on the ability of the AK Party leadership to not stop at just breaking the spell of the control-minded tradition of the past. Time has come for the new leadership to use “power” with a more substantive vision, ambition, and imagination to democratize, civilianize and genuinely pluralize the zones of conflict within and among Turkey’s serious social and political fracture lines. Indeed, the next AK Party government must address Turkey’s polarized, violent and segregated layers of existence, which represent the Achilles heel of the AK Party’s otherwise bright record.

It is clear that both the 2010 referendum and the 2011 general elections have been bolstered by two intertwining achievements. First, supported by a more integrated and cosmopolitan world, the AK Party governments have done a great deal in dethroning the players, venues, and areas previously under the control of Turkey’s hegemonic Kemalist regime. Secondly, they have also made dramatic changes by providing more and improved prosperity, social equality, and public services, better business opportunities, less social hardship, and exclusion in the country. Add to those the enormous and vital promotion of Turkey into an essential voice in the shaping of the region. Thus, painting Turkey with a rosier future.

But, the 2011 summer elections also reveal a knot of paradoxes relating to the “use” of power the next four years: unless institutionalized and internalized as norms, democratic politics –read as the next phase of the AK Party’s transformative politics—can be simultaneously totalizing and individualizing; enabling and constraining; and liberating and controlling. While it aims to end suffering, subordination, poverty, inequality and exclusion, at the same time, it could potentially lead to a winner-take-all mentality, street nationalism, and disinclination to institutionalize the process to civilianize and pluralize.

Kemalist “secularism” is obviously not a formula for democratic process, but Dr. Menderes Çınar and I share the view that we are concerned by the ruling party’s propensity to use its power in “fragmented,” and “ad hoc” ways identified with “politics as usual.” Our articles warn us all against relying on “false conceits” about an institutionally unstable democratization, which serves to implement democracy not by choice but by expediency.

Regarding the possible return and revival of “old politics” in Turkey, the authors observe that the strength of the AK Party also lies in the political impotence, lack of ideological vitality, articulation and coherence of the opposition’s political actors. They agree that as parties of the status quo, without a new found vision for Turkey, the CHP, MHP, and BDP continue to frustrate Turkey’s democratic changes. Dr. Gökhan Bacık’s excellent analysis of the MHP’s unimpressive electoral performance in all the elections since 2002 explains that the “new world” created by the AK Party has substantively contributed to undermining MHP’s ability to operate “with a carefully designed, obscure party identity.” Its failure to articulate a very clear stance on ideas and issues has negatively affected its performance in the elections.

However, Dr. Ayşen Uysal’s depiction of the CHP tells a grim story. In questioning how “new” the CHP is after its leadership change, Dr. Uysal comes to the conclusion that as a party captive to a vague and incoherent ideological discourse, which cannot even manage to maintain a slim resemblance to its debatable social democratic roots, the CHP remains transfixed in an antidemocratic, nationalist-statist, and militarist mode inherited from the Cold War era.

A long history of militarization of politics and an ethnocentric agenda have left its powerful marks on Turkey’s failure to deal with “the others.” But “the others,” on the other hand, have also come to define Turkey’s mainstream politics and society. The AK Party’s governments have accomplished profound changes during their tenure governing Turkey. Among these improvements in the public sphere and society, we can cite: the ascendancy of a bolder academic and intellectual discourse (sometimes defying the mind numbing constraints of universities); a more cosmopolitan agenda sensitive to identity rights and willing to fight against xenophobia, inter-ethnic hatred, and gender violence; and a willingness to oppose censorship towards the media and the internet. But the question still needs to be asked whether the new politics and actors can finally overturn the Turkish inability to rethink the Kurdish region and look to the Kurdish people and its representatives as anything other than “bad news?” Dr. Mesut Yeğen’s account of the BDP establishes it as the clear winner and the strongest representative of Kurdish ideals, demands, and visions with the attraction of the AK Party as a “compassionate” and conservative actor waning because of its policy reversals. Dr. Yegen also points to the emergence of a new “territorial dimension” in the electoral map of the region.

Finally, the volume contains a comparative quantitative study on elections authored by a team of engineering professors (Dr.s Vural Aksakallı, Hatice Tekiner-Moğulkoç, and Muammer Koç) from Şehir university. In comparing the voting patterns in clusters of provinces in 2011 with the previous five elections, the authors raise a number of questions as food for thought for social scientists.

The articles in this volume convey the central message that there are powerful democratic catalyzers, movers, and trends, combined with increased popular awareness and critiques, which compel the new government, more than any other in the history of the Republic, to the limits of ingenuity and creativeness in transforming political and social conditions and institutionalizing and stabilizing its positive achievements. This new wave of enthusiasm for further democratization and transcendence of the past is encased under the symbolic politics of a new constitution.