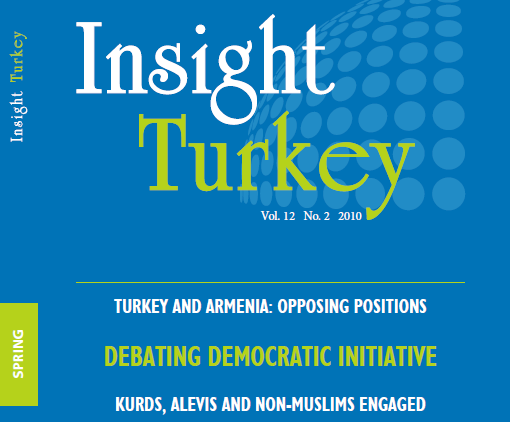 Amending some articles of the constitution may be a fresh beginning for a new round of democratic reforms, which is needed to speed up the EU accession process on the one hand, and to consolidate democratization on the other.

In Turkey, political reforms have had a constitutional dimension since 1995. The reason for this is that the current constitution, introduced in 1982 under a military regime, is the basis of undemocratic institutions with mechanisms and principles that have an authoritarian spirit designed to protect the state vis-à-vis the citizens. The bureaucracy and judiciary are appointed as vanguard institutions over elected representatives of the people, and Kemalism is protected as the official ideology of the state. It is a constitution that hijacks sovereignty from the people and entrusts it to the bureaucracy and the judiciary. Therefore, any attempt at further democratizing Turkish politics or expanding the scope of individual liberties has to confront the issue of constitutional reform.

However limited the amendment package may be, it will be good for the democratization of Turkey. The latest constitutional move by the AK Party is expected to reactivate the democratic opening initiative launched by the government in the summer of 2009 that aims to address the identity-based claims of the Kurds, Alevis, non-Muslims and the Roma people.

It is crucial to understand not only the content of the opening but also the reasons for the resistance against it, for the initiative is in a stalemate right now. At the core of the opening lies the Kurdish question. For decades, the Turkish state denied the existence of the Kurds, the Kurdish language and Kurdish identity. Finally, in 2005, Prime Minister Tayyip Erdoğan - during his historic trip to Diyarbakır - described it as the “Kurdish Question.” Now, we are talking about a “Kurdish solution”. This is a huge step forward given the slow-changing nature of “state policies” in Turkey and the enormous resistance put up by the radical nationalist elements on both sides.

The government’s initiative, while falling short of a detailed and comprehensive plan to address the Kurdish question does start with an acknowledgement that greater democratization and respect for ethnic diversity are key to resolving this issue. It also proceeds on the assumption that a sort of truce and commitment to lay down arms is essential to start and sustain the “solution process”.

However, while the democratic initiative raised hopes for a settlement, the outcome so far falls short of expectations. Resistance by the opposition, uncooperative policies of the Kurdish political movement and a hesitant attitude of the government have hindered bolder and expedient measures to solve this issue. The key problem is how to address the cultural and political demands of the Kurds, disarm the PKK and make these demands acceptable to ethnic Turks.

Part of Turkey’s openings concerns a foreign policy dimension as well, that of the Turkish-Armenian normalization process. The protocols signed in October 2009 were a step forward in this direction. It was a foreign policy move that supported and strengthened Turkey’s quest at home to come to terms with its own ethnic and religious diversities. Yet, the normalization process appears to be stuck due to the unresolved Nagorno-Karabakh issue and the genocide recognition diplomacy led by the Armenian Diaspora.

The Turkish government finds it difficult to follow through on the Protocols while the Armenians are not showing any flexibility on the Karabakh issue, and continuing to press for genocide recognition worldwide.  The latter has also the potential to block the process of democratization in Turkey by fanning nationalist fears. Under the current circumstances, anyone who wants to close the debate on what happened to Armenians in 1915 should start by describing the event as genocide. If Turks are somehow expected to be part of this debate, a more constructive approach from the Armenian side is needed. This requires avoiding language that closes the debate when in fact a lively discussion has already been going on in Turkey. The democratization of Turkish politics is allowing for the emergence of pluralistic ideas on the past including the Armenian question.

This process will certainly continue. But the critical point is that if the debate is reduced to terminology and qualifying the 1915 events as genocide, it may stall the whole process. Unlocking the hearts and minds of Turks at large necessitates abandoning the attitude of categorical accusation over the 1915 events. We can get out of the imprisonment of past atrocities not by labeling but by disclosing them.

These and other aspects of Turkey’s ‘new democratic initiative’ are analyzed in depth by distinguished commentators and academics in this issue of Insight Turkey.