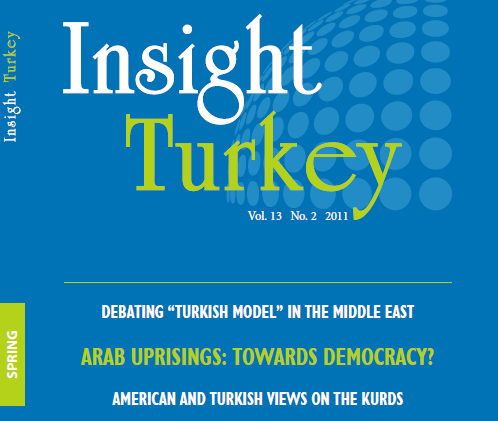 At this juncture, it is time to question the old Orientalist frame of mind, which prevails in some Western circles that people of Middle East are not ready for democracy. With this state of mind they have exempted the Middle East from the global drive for democratization and supported suppressive regimes. It would be a welcome change that instead of siding with dictators in the Middle East, the West would take up the cause of the people. For decades a policy of supporting despotic regimes in the Middle East was excused to hinder the rise of radical Islamic governments even if this meant oppression, violence, and poverty. The last popular demonstrations in Tunisia and Egypt that led to non-violent revolutions were initially met by Western hesitation, as the main question asked was “who will succeed the dictators? The Islamists?”

This position is all the more ironic because these suppressive and corrupt governments of the Middle East used the “threat of Islamism” as a scapegoat to secure the support of the West, turning the threat into a “strategic asset” for their survival.

As a result, democratization was viewed a risk the West was not willing to take. At best, a gradual liberalization policy was advocated by outside observers and policy makers.

However, the real story on the ground is that this is a grass roots movement of “people power. ” The “Islamist” debate seems outdated. It is not radical Islamists but the population of these countries that will benefit from democratization. It has been fundamentally misconstrued to equate democratization with Islamization in the Middle East. What people want is a representative and accountable government. It is an Orientalist reductionism to assume that Muslims would blindly vote for an Islamist party, disregarding their program and performance. Nevertheless, inclusion of Islamists in the political process is absolutely necessary to establish representative governments in the Middle East. The people of Tunisia, Egypt, Yemen and others in the Middle East are capable of electing their representatives and holding them responsible for what they do and what they do not while in government. In the long run, the West will also benefit from governments that are elected by their own people and represent their needs. Representative governments founded on the solid bed rock of democracy would do much more to foster stability and contentment in the region.

Discontent can no longer be contained. There is a moment when the cost of oppression outweighs the cost of tolerating democratic change. The Middle East is at such a crossroads. The international community needs to decide: will they stand for the sustainable stability of democracies or the fragile stability of dictators?

For years the people of the Middle East were squeezed between “two ways.” They were told to put up with repressive regimes, or the alternative was a totalitarian Islamist state. The latest uprisings in Tunisia and Egypt open the door to a “third way” for the Middle East, which is democracy.

In this context the “Turkish experience” shows that people of the Middle East do not have to choose between an authoritarian government and an Islamist regime. There is a third option, which is a representative and accountable government with free and fair elections.

Thus a new debate has been launched on the relevance of the Turkish experience to the changes in the Middle East. The “new Turkey” may indeed present a “third way” for the Middle East with its advancing democracy and flourishing economy with a free market and an open society. The ruling AK Party with its “conservative” social and cultural outlook but “liberal” political and economic program stands out as a novel model. It demonstrates that Islamic identity is not in contradiction to democracy and that there is no inevitable clash between Islamic identity and the West, globalization, and the market economy. The story of the AK Party is the one that demonstrates what a reformed Islamic party can achieve through democracy. It adopted a language of human rights and democracy, mobilized popular support as a form of democratic legitimacy, and built a liberal-democratic coalition with modern/secular sectors at home and abroad. All these have resulted in speedier democratization, higher economic growth, and freer civil society. Thus, Turkey and the AK Party can offer a new way of thinking about Islam, democracy, and the West in the “new” Middle East.

Insight Turkey, in its current issue, discusses with renowned experts on the region the “Turkish model” as well and historic movements of change in the Arab Middle East, among other topics that I hope you will find of interest to you all.