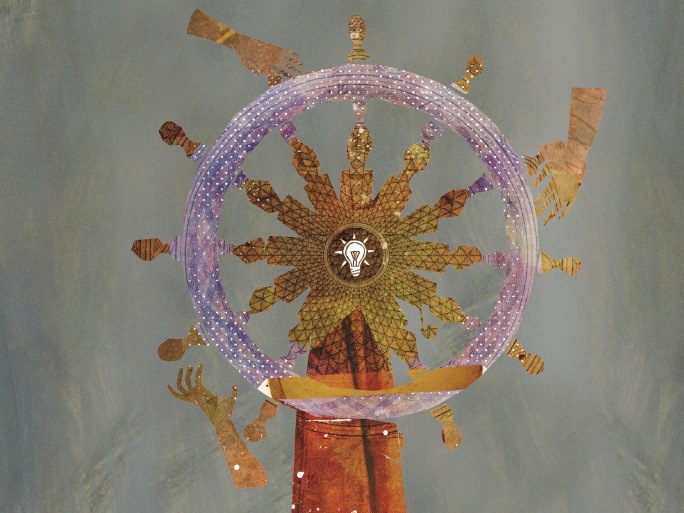 The AK Party, under the leadership of Recep Tayyip Erdoğan, has been ruling Turkey for 15 years as the dominant party. The party has won all consecutive general (2002, 2007, 2011, June 2015, November 2015) and local elections (2004, 2009, 2014). Additionally, it won three constitutional referendums (2007, 2010, 2017) and the only presidential election held until now (2014). The governments established by the AK Party undertook extensive and radical political, economic and social reforms, which have contributed to the democratization and economic development of the country.

As a result of many substantial and comprehensive reform packages, the country and Turkish people have been experiencing substantial change in all spheres of political and social life. Turkey has restructured both its foreign and domestic policies. The AK Party governments began to pursue a more diversified and multi-dimensional foreign policy by reinitiating its close relations with neighboring countries and reaching distant and neglected regions of the world. Turkey undertook the negotiation process of the EU full-membership and developed a more realistic relationship with the EU institutions.

In order to get rid of the tutelage exercised by the bureaucracy, such as the military and judiciary, and to strengthen the democratic institutions, significant democratization and civilianization steps were taken in domestic politics. Political openings and processes were initiated to provide a solution of the lingering domestic political and social problems. After the expansion of ethnic, religious and cultural diversity, various sections of the Turkish society such as the Kurds, Alevis, Romani, and non-Muslims began to claim their identities more freely.

The Turkish economy underwent a huge transformation during the AK Party period. After completing many structural reforms, Turkey experienced an enormous increase in total national income, national per capita income, growth rate and exports. One of the most noteworthy developments achieved by the AK Party administration is their success in the realization of world-scale infrastructure projects such as tunnels, bridges, roads, airports, hospital complexes, universities and public schools. Ultimately, Turkey under the AK Party governments widened its economic geography and decreased its economic dependence on foreign resources and actors.

In spite of various detrimental developments such as a number of challenges in domestic politics –the Gezi Park protests, December 15 and 25 judicial operations, the heinous July 15 coup attempt, the world economic crisis and the regional crises, Turkey has succeeded in maintaining its political stability and has grown to become one of the biggest 20 economies in the world. In spite of criticism from some countries, Turkey is considered as a key player on the international scene as it contributes to both regional stability and to global discussions.

The Spring 2017 issue of Insight Turkey aims at analyzing some of the most debated issues during the 15 years rule of the AK Party. Foreign and domestics policies, political economy, Turkey-EU relations and the Kurdish issue are among the topics discussed in this issue.

Mesut Özcan’s commentary presents a general framework of Turkey’s foreign policy during the AK Party rule. Özcan brings attention to the diversified areas and tools of Turkish foreign policy used by the AK Party to address the standing issues. April 16, 2017 has been one of the main challenges for the AK Party rule. The referendum can be considered as a turning point for the domestic affairs in Turkey and the AK Party’s victory will help in reforming the democracy. Mehmet Uçum examines in details the main changes after the referendum and how these adjustments will lead Turkey towards a full democratic political system.

Besides the commentaries, this issue comprises four articles that focus on some of the main policies undertaken by the AK Party governments. Mustafa Yağcı considers in details Turkey’s economic development and challenges in the last 15 years. According to Yağcı, the policies undertaken during the AK Party rule have made it possible for the Turkish economy to firmly withstand several internal and external shocks. However, the author states that the Turkish governments have to follow a developmentalist discourse due to some challenges that Turkey has faced recently and he provides some recommendations that can be taken into consideration for future developments.

The EU-Turkey relation has passed through a thorny path in these years, as the next author suggests. In his article, Faruk Tekşen analyzes the relationship between Turkey and the EU under successive AK Party governments, along with political and social reflections, by focusing on the main turning points and considering the development of relations in the long-run of politics. The article by Talha Köse provides a thorough analysis of the Kurdish Reconciliation Process. Köse focuses mainly on the main challenges and shortcomings of the process and contends that the major determinant that blocked the Reconciliation Process was the ongoing civil wars in Syria and Iraq.

The last article related to the main theme of this issue focuses on the health policies undertaken by the AK Party government. Health policies have been fundamental for the AK Party and this topic requires to be analyzed in depth. Hasan Hüseyin Yıldırım states that the AK Party government has improved almost all components of Turkey’s health system over the course of their 15-year tenure and these improvements have contributed positively to the prosperity of Turkish society. Furthermore, Yıldırım presents some recommendations for the future policies in this area.

Three off-topic commentaries and two off-topic articles complete the dossier of this issue. The commentaries of Kemal İnat and Klaus Jurgens through specific examples analyze the stance of the Western media towards the latest developments in Turkey. While Jurgens analyses the issue from the perspective of a journalist with a special focus on the reaction of the Western journalists and the forces behind that, İnat highlights mainly the reaction and the hypocrisy of the Western politicians before and after the April 16 referendum.

The transformation of the Ennahda Movement from a religious movement to a political party is an underestimated topic. Ramazan Yıldırım in his article provides a comprehensive historical perspective of this transformation with a special focus on the Ennahda’s leader, Rached Ghannouchi, who has played a crucial role in this transformation. The last article, co-authored by Mahmood Monshipouri and Anthony Zamary, looks at the evolving geopolitics in terms of Iran-Egypt relations. The authors examine the long and complicated path of Egypt and Iran rapprochement and they note the external factors that impact this relationship, such as Egypt’s economic dependency on rich Arab countries.

This issue of Insight Turkey traces the difficult path through which the AK Party has passed in the last 15 years. With wide ranging commentaries and articles there is generated a general framework of the main issues, challenges, opportunities and victories of the AK Party. We are confident that this issue will provide an important source of scholarship for those interested in Turkey’s foreign and domestic policies.