Does the presence of Muslim immigrants in Europe change Islam? How is their identity shaped by the European context and do the social, political and economic conditions influence their understanding of Islam? Political and academic debates about the need for a so called “Euro-Islam” often center around the compatibility of Islam and European liberal democratic institutions and view it as a precondition of the successful integration of Muslim immigrants.

Does the presence of Muslim immigrants in Europe change Islam? How is their identity shaped by the European context and do the social, political and economic conditions influence their understanding of Islam? Political and academic debates about the need for a so called “Euro-Islam” often center around the compatibility of Islam and European liberal democratic institutions and view it as a precondition of the successful integration of Muslim immigrants. Indeed, Turkish Muslim communities in Europe and their interpretations of Islam have changed as much as Europe has transformed through the interaction with immigrant groups. Deepening an understanding of this mutually constitutive process can help to acknowledge the successes and identify the future challenges of a pluralistic society.

In Localizing Islam in Europe: Turkish Islamic Communities in Germany and the Netherlands, anthropologist Ahmet Yükleyen attempts to shed light on these identity construction processes by explaining the diversification of Islamic interpretation in Europe. Published in 2012, it takes an institutional approach to analyzing the production of local Islamic knowledge by Islamic communities in Europe, and the effects of this knowledge on the integration of Turkish Muslim immigrants. In his ethnographic comparative study, Yükleyen focuses on how Islamic communities in Germany and the Netherlands authorize moderate to pro-violent interpretations of Islam.

In the introduction, Yükleyen offers a general outline and conceptualization of Islam, Islamic identity, and Muslim public life in Europe. The first chapter explains the theoretical background of the Turkish Islamic field to be analyzed; the second chapter introduces the reader to the concepts of Islamic authority and knowledge, which are used to examine the relationship between Muslims and Islamic communities. Chapter three deals with the different modes of Islamic activism within competing Islamic communities. In the following chapter, Yükleyen explains the connection between state policies and local interpretations of Islam. One of the most interesting chapters regarding current political debates is chapter five, which assesses the various impacts of Islamic organizations on Muslim integration. The last chapter’s topic, before a final conclusion, is an evaluation of the Kaplan community.

In Yükleyen’s understanding, Muslims rationally choose between competing Islamic communities and decide which one suits their needs best in a homo economicus manner. Although he gives some evidence of people profiting from the services of more than one association, which supports his thesis, he generally overemphasizes the cost-benefit considerations of individuals when electing a religious community. Other emotional aspects, such as a feeling of belonging and tradition, the limits of community choices available within a given social environment, and external factors, such as the geographical distance from home, and knowledge of alternatives should be taken into account as well.

While comparing the Dutch and German cases throughout most of the book, Yükleyen only considers the situation in the Netherlands when discussing the integration of Muslim immigrants. Justifying this decision with the precondition of Dutch multiculturalist policies, Yükleyen’s singular point of focus in this important matter can be disappointing to readers looking for further deductions concerning the impacts of his analysis of the Islamic field in Germany on the integration of immigrants.

Another point of critique may be the inclusion of a chapter about the Kaplan community, which doesn’t seem to fit into the general composition and research interests of the book. Yükleyen refrains from incorporating the Kaplan community into his general comparison of Islamic communities but instead dedicates a full chapter to this particular association, although it has a very small number of followers (about 300) and was banned in Germany in 2001. He justifies this inclusion by distinguishing between civil and revolutionary Islamic communities. However, the Kaplan community plays an almost insignificant role in the current production of Islamic knowledge in Germany and the Netherlands and therefore is of little relevance to questions of integration. Devoting a whole chapter to this community seems like a concession to the predominant discourse of Muslim radicalization in Europe and to the expectation to allude to potential threats of terrorism by fundamentalist extremists.

Yükleyen briefly refers to Eisenstein’s Multiple Modernities but does not further develop his argument on how new Islamic interpretations of Muslim immigrants in Europe can be seen as constructing an alternative modernity. Can the acquirement of so called “modern” values such as liberalism, diversity, tolerance, democracy and secularism by European Muslims even be considered as a genuine new development? Or should it be understood as a simple adoption or reproduction of predominant patterns of thought? Throughout most of the book, the author seems to perceive European pluralism as a blueprint model, failing to acknowledge different interpretations of modernity and the possibility of the development of a “modern” Islam outside of Europe. Although Yükleyen disapproves of a monolithic definition of Islam, he actually suggests a single recipe of Islam based on a European, civil Islam. He could therefore be criticized for following an Eurocentric perspective and neglecting critical viewpoints of Western liberalism from the Global South such as those of Akeel Bilgrami or Uday Singh Mehta.

Despite these few points of criticism however, Yükleyen succeeds in contributing to a differentiated image of Islam in Europe, giving full particulars. His book covers and contextualizes a wide arena of relevant topics, including European and Muslim identities, subjects of Islam, immigration and policies of integration. He provides convincing evidence that Islam is shaped by religious communities that produce, spread, and preserve Islamic knowledge and practice on the one hand, and by state policies towards immigrant Muslim populations in each local setting on the other. His extensive fieldwork promotes a differentiated understanding of Islamic diversity in Europe, neither essentializing Islam nor disregarding certain universal principles at its core, and is therefore of high interest for scholars and students, as well as journalists and policy makers.

Localizing Islam in Europe takes into account the importance of authorities and power relations in the spread of any ideological or religious doctrine and excels at explaining individual’s choices and restraints within a structural system. It is grounded on a comprehensive and coherent theoretical framework and combines the advantages of anthropological fieldwork and in-depth interviews with abstract analyses of empirical and statistical data. Thus, Yükleyen provides the reader with a detailed investigation of Islamic communities in Europe, while embedding his findings within a larger framework, not losing sight of the big picture. For these reasons, a wide range of scholars interested in different aspects of the topic may benefit from this study, building future researches on it and refining its findings. 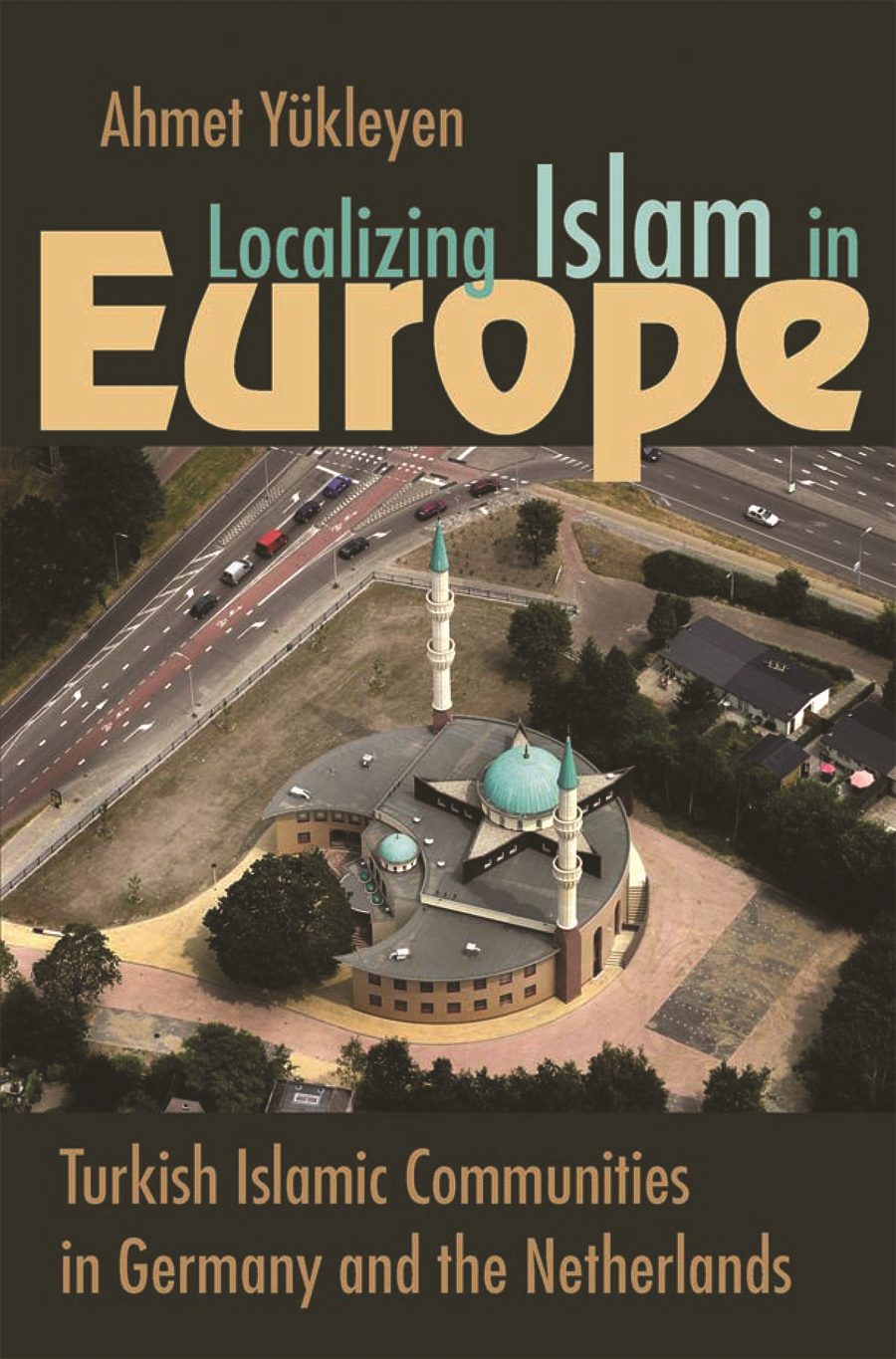