Turkey’s history of democratization is also a history of constitutional amendments. This is so because the last two Turkish constitutions of 1961 and 1982 were penned under the military regimes.  As such, a restrictive civil rights regime and institutionalization of the power of the unelected bodies vis-à-vis representative organs characterized these military-made constitutions. 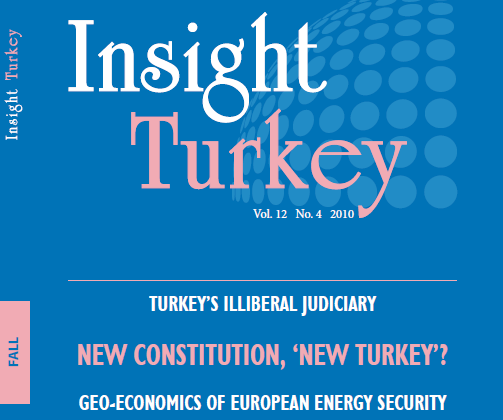 Turkey’s history of democratization is also a history of constitutional amendments. This is so because the last two Turkish constitutions of 1961 and 1982 were penned under the military regimes.  As such, a restrictive civil rights regime and institutionalization of the power of the unelected bodies vis-à-vis representative organs characterized these military-made constitutions.

The notion of ‘reform’ in Turkish politics, therefore, has meant amending the constitution. In this spirit, the 2010 constitutional reform package, prepared and approved by the parliament, was put to a popular referendum this past September 12th – the very date that thirty years ago a military junta took over the civilian government and subsequently put in place Turkey’s latest constitution. The outcome was overwhelmingly in favor of the amendments, as 58 per cent of the electorate supported the reform package. This popular vote brings Turkey’s political regime ever closer to the European standards of democracy and human rights.

While the main opposition parties transformed the referendum into a vote of confidence for the ruling party, at the end of the day, the liberal/democrat/conservative alliance, led by the AK party, emerged successfully from the referendum.

The result of the referendum most certainly had considerable political implications. It demonstrated that there exists a very strong social base for a pro-reform political movement. From now on, the AK Party leadership is expected to be bolder with democratic reforms. It should abandon any hesitation and revitalize its reformist agenda which includes a brand new constitution and a program to address the Kurdish question. It appears that after eight years in power, the ruling AK Party is still the most formidable and popular political movement in Turkey. Given the failure of its opponents in six electoral tests for the last seven years, one can safely predict another term in office for the AK Party after winning the next elections due in 2011.

Out of this, one can argue that Turkish politics has entered a new stage of predictability under the leadership of the Ak Party. Continuity and stability seem to characterize the post-referendum Turkey.

This depiction of Turkish politics does not mean that all of Turkey’s political, economic, and social forces will engage in a consensual political process. On the contrary, because true democratization and economic development unsettle the status quo and established interests, it will not be a surprise to witness lively debates and political competition. But the days of turmoil, chaos and even uncertainty will most probably be gone.

As for the first outcome, the crisis is over. Turkish economy is now expected to grow faster than any European economy, competing with China on this score. Turkey is poised to become a rising star of the global economy. As such, it is no longer a burden for its partners, particularly the EU, but an asset. A strong and expanding economy is the corollary to Turkey’s rising profile in regional affairs. Turkey, today, holds a unique position, which allows it to carry out an active regional policy supported by its flourishing economy, dynamic society, and stronger democracy.

As for the second outcome, democratization has at least two central themes: a new constitution and finding a solution to the Kurdish question. The ruling party has committed itself to working towards a new constitution. All other political parties, in one way or another, express the need to draft a completely new constitution based on Turkey’s civilian forces. In the run up to the next election, a brand new constitution will, therefore, remain high on the agenda.

Pandora’s Box has been opened on the Kurdish question. The process of “democratic opening” concerning the Kurdish problem cannot be reversed. The referendum results vindicated the ruling party’s “democratic initiative” seeking to solve the Kurdish question. The BDP, the main pro-Kurdish party, managed to hold onto its constituency, but could not dominate the whole region. Moreover, it faced ever-growing pressure from the Kurdish grassroots movements, civil society, and the emerging Kurdish bourgeoisie to ensure a ceasefire and lasting peace. All these may have pushed the BDP to settle for a more active role in mediating the political process and finding a solution. So, conditions are ripe for the “second democratic initiative” to be built upon the experiences of the “first.”

The current issue of Insight Turkey features commentaries and articles that presents various perspectives on the “new Turkey”.