The Muqaddima (Prolegomena) is the main work that made Ibn Khaldun (1332-1406) eminent not only in historiography, civilization studies, anthropology, and sociology, but also in philosophy, economy, demography, and other fields of study.

The Muqaddima (Prolegomena) is the main work that made Ibn Khaldun (1332-1406) eminent not only in historiography, civilization studies, anthropology, and sociology, but also in philosophy, economy, demography, and other fields of study. Robert Irwin’s work on Ibn Khaldun contains a preface and eleven chapters, as well as a chronology of Ibn Khaldun’s life.

Irwin begins his preface by citing several statements and acknowledgments about the greatness and significance of Ibn Khaldun and his works by such historians as Arnold Toynbee, Hugh Trevor-Roper, and Marshall Hodgson, who described the Muqaddima as “the greatest wide-ranging introduction to Islamic civilization.” Additionally, Irwin cites philosophers and sociologists such as Ernest Gellner, who thought that Ibn Khaldun was “a superb inductive sociologist, a practitioner, long before the term was invented, of the methods of ideal types” (p. ix). Also in the preface, Irwin puts forth an outline of the Muqaddima and its main questions, arguing that it offers a very distinctive perspective not only for understanding societies, and their histories, but also for viewing the world.

In the first chapter, titled “Ibn Khaldun among the Ruins,” Irwin illuminates the Arabic word ibra, which indicates admonition, example, advice, or positive guidance. The depth of meaning in this term seems to be the reason that informed Ibn Khaldun’s decision to entitle his book Kitab al-‘ibar. Ruins may be seen as messages to humankind or food for contemplation. They indicate not only that life is inconsequential and transient, but also that wealth and power do not help when death approaches; in essence they are a source of ibra. Irwin suggests that the Muqaddima has to be read according to the notions of ibar (pl. of ibra) and ruins.

The second chapter, “The Game of Thrones in Fourteenth-Century North Africa,” explores the life of Ibn Khaldun and how he had held various professions, such as administrator, courtier, and the influential post of hajib (the one who manages the palace, controls access to the ruler, and maintains his security). Ibn Khaldun was also involved in politics which was made apparent when, for instance, he conspired with others to change rulers. This was demonstrated when ‘Abd Allah Muhammad succeeded in reinstalling himself as a ruler through the assistance of Ibn Khaldun. The latter was made his hajib as reward for this conspiracy. Ibn Khaldun was, thus, almost always part of a game of thrones, especially in North Africa, where there were persistent and indecisive struggles to reunite the Almohad Empire in the thirteenth century, as different dynasties claimed their right to authority. The third chapter, “The Nomads, their Virtues, and their Place in History,” shows how Ibn Khaldun thought that the nomads have a better character than city people, one marked by abstemiousness, bravery, and good health. Ibn Khaldun with his discernment explains how desert life necessitates that tribes develop a special kind of ‘asabiyya (social solidarity) which safeguards against the harsh life they face in that context. Ibn Khaldun analyses history from a philosophical perspective and puts forth the innovative distinction of history as having both external as well as inner meanings. For Irwin, the Muqaddima is, thus, a work of philosophy. This is discussed in the fourth chapter “Underpinning the Methodology of the Muqaddima: Philosophy, Theology, and Jurisprudence.”

Ibn Khaldun’s stay in Egypt is examined in the fifth chapter, titled “Ibn Khaldun’s Sojourn among the Mamluks in Egypt.” Egypt held an inordinate attraction for Ibn Khaldun. He pronounces that “he who has not seen Cairo does not know the grandeur of Islam” (p. 86). Ibn Khaldun spent a quarter of a century in Egypt, where he not only made a great addition to the Muqaddima but also taught hadith and fiqh at the al-Azhar Mosque, serving as a chief qadi and advisor to the Sultan. Undoubtedly, for Ibn Khaldun, Sufism is categorized as a religious science, which is a way of learning and understanding the world and its history. The sixth chapter, “The Sufi Mystic,” attempts to answer several questions, such as whether Ibn Khaldun was himself a Sufi. Irwin claims that he was. Some of his arguments include that Ibn Khaldun studied under the Sufi shaykh ‘Isa Ibn al-Zayyat and that he addressed Sufism in the Muqaddima.

“Messages from the Dark Side” is the title of the seventh chapter. It clarifies how Ibn Khaldun was interested in all possible methods for predicting the future. The Muqaddima discusses different topics revelatory of the future such as dreams, sorcery, mystical experiences and the like. However, Irwin tries in this chapter to prove that these topics are insignificant in understanding historical processes. The author then moves in chapter eight to discuss the economy in a chapter titled “Economics before Economics had been invented.” He explains Ibn Khaldun’s understanding of economics and how it functions; Ibn Khaldun pays special attention to morality as the main foundation of economics. In chapter nine, Irwin considers “What Ibn Khaldun Did for a Living” which was “Teaching and Writing.” Ibn Khaldun spent most of his life writing and teaching, although he had never been enrolled in a madrasa as a student.

In the tenth chapter titled, “The Strange Afterlife of the Muqaddima,” Irwin expounds on how and why Ibn Khaldun became well-known, especially in the West. He states that in France there was an interest in understanding Ibn Khaldun, and how “De Slane’s translation had received official funding, because it was presumably thought that a thorough understanding of the Muqaddima and the ‘Ibar might assist the French colonial project in North Africa” (p. 169). Meanwhile, in the Englishspeaking world, Toynbee publicized the significance of Ibn Khaldun when he described the Muqaddima as “undoubtedly the greatest work of its kind that had ever been created by any mind in any time or place” (p. 172). In the last chapter, “Ending Up,” Irwin elaborates on how some scholars have misread Ibn Khaldun. Such people, for instance, try to make him a more systematic thinker than he actually was. Irwin argues that Ibn Khaldun was inconsistent in using particular words such as badawi and “Arab.” He suggests that the reason could be that Ibn Khaldun wrote the Muqaddima at different locations and over a long period of time.

Irwin’s book is a remarkable effort, especially chapters three and ten. However, the book could have been improved by paying attention to a few matters. For example, Irwin tries to detach Ibn Khaldun from modern societies as if Ibn Khaldun is irrelevant to our time. Rather, it would have been quite useful to discuss how one could benefit from his contributions in the modern era. The main weakness in the book lies in chapter six, which is noticeably lacking in providing strong evidence to support its arguments. For instance, Irwin attempts to argue that Ibn Khaldun was a Sufi since he studied under a Sufi scholar and had written a short treatise on a specific debate among the Sufis. However, neither of these arguments, along with the others given, are sufficient to prove that he was a Sufi. Besides, this chapter lacks sources and references on Sufism per se. Moreover, Irwin gives too much emphasis to trivial errors made by Ibn Khaldun such as “the sun itself is neither hot nor cold…” (p. 17). To encounter such mistakes is usual for someone who studies classical texts.

To summarize, despite some of the aforementioned shortcomings, Irwin’s book is very informative and well-argued in addressing the life and works of Ibn Khaldun in both historical and intellectual contexts. Thus, it is highly recommended for experts as well as novice readers in Islamic classical disciplines, social history, the history of ideas, or civilization studies. The book functions as an exceedingly effective, historically-detailed introduction for anyone who wishes to be involved in an academic study of Ibn Khaldun’s life and contributions. 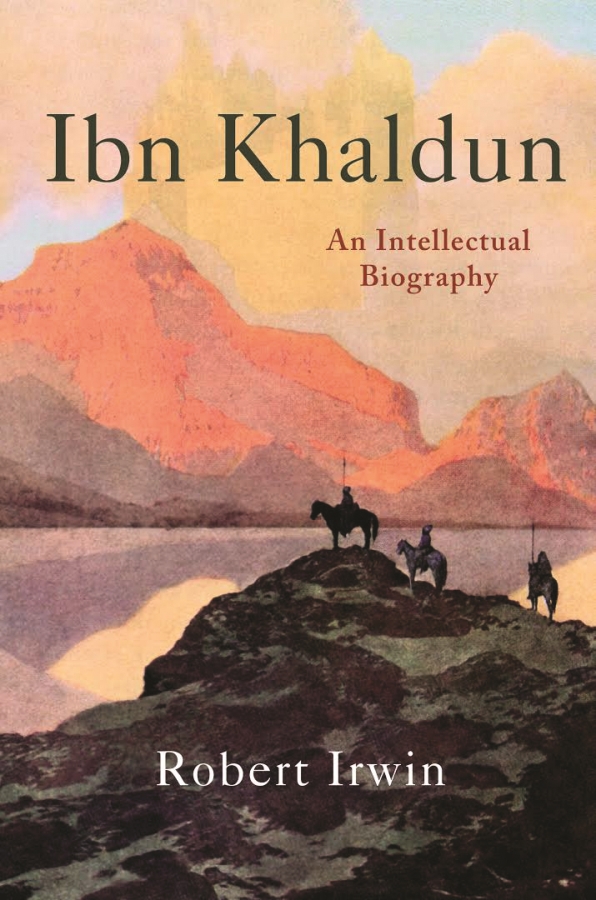