The Arab Uprisings in Egypt, Jordan and Tunisia: Social, Political and Economic Transformations

One of the main debates that has surfaced in the post-Arab Uprisings era has centered on whether or not the demonstrations will lead to regime change or increased authoritarianism in the Middle East and North Africa (MENA) region.

One of the main debates that has surfaced in the post-Arab Uprisings era has centered on whether or not the demonstrations will lead to regime change or increased authoritarianism in the Middle East and North Africa (MENA) region. This volume rather argues that the democratization paradigm and the authoritarian resilience model neither confirm nor deny one another (pp. 13-14). It is thus one of the key academic offerings documenting the post-Uprisings era of 2011-2014 in the MENA region. The authors analyze and explain ‘what draws change,’ ‘how change happens,’ and ‘where transformations lead’ in the post-Arab Uprisings era using a comparative approach with three selected country studies: Egypt, Jordan and Tunisia (p. 20). The volume benefits from the inclusion of indexes and records, as well as drawing data from public opinion polls and surveys conducted by the Arab Transformations Survey, the Arab Barometer, the Afro Barometer, the World Value Survey, etc. One of the significant contributions of the authors, then, is their emphasis on the internal actors and factors that highlight the crisis of legitimacy and socio-economic conditions that led to the demonstrations in each Arab country, in contrast to the orthodox rhetoric of external dynamics being responsible for the events.

The authors note that in the post-2011 era, with the exception of Tunisia, most of the affected countries have not achieved the political and socio-economic reforms demanded during the public rallies. Also, while the majority of survey respondents said that ‘democracy is the best system,’ their description of democracy is more tied to socio-economic equality than to guaranteeing fundamental political and civil rights, including gender equality. This result is not a big disclosure when the expectations and demands of the protesters –struggling against corruption and calling for jobs as such– are taken into account. For instance, for Egyptians, Jordanians and Tunisians, the economy was the main area of concern for 81%, 80% and 71.7% of protesters respectively (pp. 43-44). The data presented demonstrates that participants do not believe their basic demands have been met: 73.6% of Egyptians, 81.5% of Jordanians and 92.3% of Tunisians said their governments had been bad at controlling inflation between 2011 and 2014 (p. 97). The volume thus postulates that the unmet challenges and frustrated hopes of the Arab people –primarily in these three selected countries– need to be revisited from new analytical perspectives beyond the mainstream paradigms of democratization and authoritarianism in Middle Eastern Studies. This is necessary due to the multi-dimensional and interrelated aspects of popular demands and perceptions ranging from economic problems to regime types, and from socio-cultural differences to identity cleavages in each country.

Most scholars have centered their debates during and after the Arab Uprisings/Spring/Revolts either on the possibility of the fulfilment of democratization or the perpetuation/resilience of authoritarianism in the MENA region; this, however, does not differentiate the conceptual dichotomy of both processes. This volume explores the different trajectories of the post-Arab Uprisings around the region and calls into question three categories of explanation: (i) overemphasis on the chances for democratization, (ii) cultural and material limitations to democracy, and (iii) the stability of hybrid regimes. It does not, however, suggest an in-depth and responsive approach to understanding the ‘trajectories’ of these Arab countries in the post-Uprisings era. The volume, in this respect, is a contribution in the sense that it has accumulated key academic writings on this very particular topic and put forward the necessity of producing alternate approaches beyond such mainstream debates.

It has become apparent since 2011, however, that one of the key outcomes of the Uprisings is the divergent patterns of state and nation formation in the Maghreb and Mashreq regions. It would not be too assertive to say today that authoritarianism has persisted in the region in different forms since the Arab Uprisings, but the fragility of Arab republics like Tunisia and Egypt –as compared to the resilient character of monarchies like Jordan and Morocco– needs more theoretical scrutiny. The Arab republics were engulfed by the uprisings in spite of their pre-emptive political and legal measures to sustain their rules. In contrast, some Arab monarchies have managed to co-opt the social mobilization, and the statecraft of the kingdoms has sought to neutralize public discontent as compared to the republican systems.

In addition, it was argued at the onset of the Uprisings that the public rallies and ‘Arab revolutions’ were being hijacked by Islamists;1 none of the public rallies, however, resulted in an Islamist movement taking and consolidating power, as some predicted. Thus, to understand the synthesis of change and continuity across the region in the aftermath of the Uprisings, it is imperative to analyze the processes of state- and nation-building with a particular emphasis on ‘what’ makes various Arab countries similar and at the same time different from one another. It may be too early to speak about structural change in the region, but the Uprisings have revealed that the Arab world is not monolithic. Furthermore, the political elites and the state itself –as well as the regime’s response– do really matter in times of internal unrest, which was clearly witnessed during the 2011 Uprisings. There is still a need for more systematic and comparative approaches in order to grasp the divergent trajectories of Arab countries before and after the Uprisings; these should make reference to the different mechanisms of co-opting the opposition and the changing nature of ‘new’ or soft authoritarianism and its so-called agents. 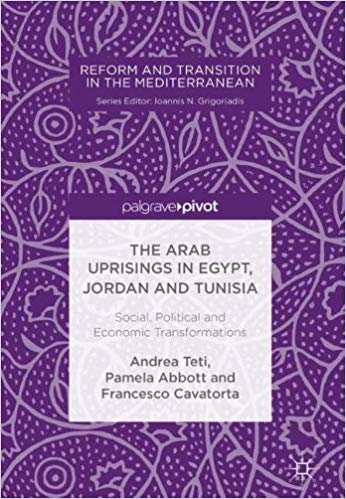