The Eastern Mediterranean region has recently emerged as one of the pivotal foci of international affairs due to its considerable natural gas reserves. The region has become a point of intersection for surrounding countries and external actors, as well as major energy market players. The main challenge associated with Eastern Mediterranean natural gas is the position of the reserves in the Mediterranean Sea and the resulting ownership problem among its littoral states, while the de facto division of, and disputes over, the island of Cyprus is closely connected to the issue. Hence, the debates involve two key questions: (1) which countries have ownership rights, and (2) which countries will be the natural gas transit countries. This article examines the standpoints of Turkey and the other actors involved in the game in the Eastern Mediterranean. The positions are presented with a focus on how different actors interpret current developments, perceive threats, and formulate their reactions. 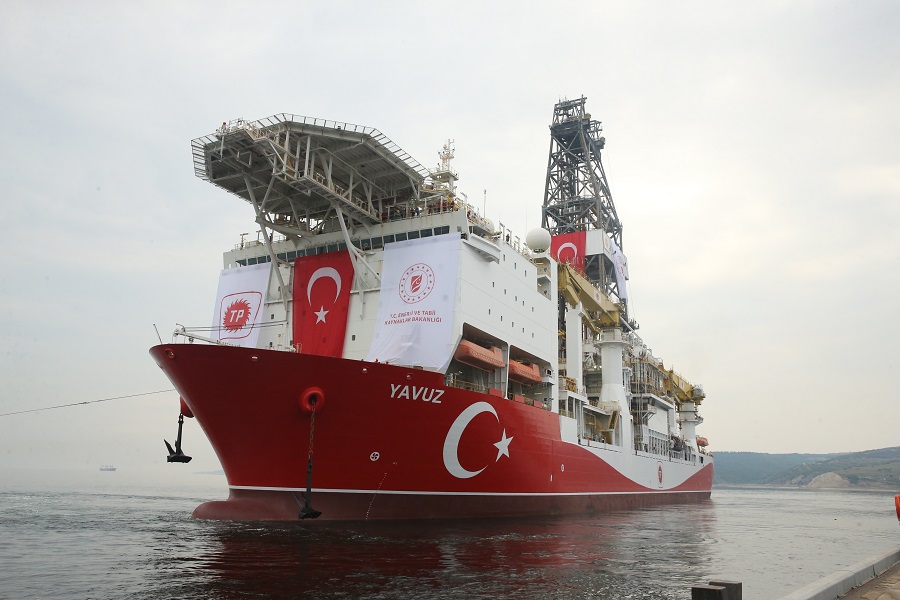 Today’s understanding of the concept of energy security relies on a more structured framework, as compared to that of previous decades. Following its emergence in the aftermath of the 1970s oil crises, the understanding of energy security was mainly centered around the concerns about security of supply, more specifically the impact of price on the.1 Like many other commodities in the world, there was greater interest in energy security when energy prices were high, and less when they were low, such as the period from the late 1980s to the late 1990s. Nevertheless, the limited availability of fossil fuel reserves, especially oil, and later, natural gas, and their concentration in areas such as the Middle East, Africa, and Russia; has triggered a high level of dependency on these regions for both developed and developing countries lacking sufficient reserves, thus jeopardizing their security of supply. The geopolitical changes in the world after the end of the Cold War broadened the concept of energy security, such that explaining it only in terms of the security of supply is no longer adequate.

Increasing uncertainty in energy-producing countries and regions and the growing risk of terrorism brought the issue of energy infrastructure safety into the matrix. As demonstrated by previous research evaluating the nature of terrorist attacks on energy infrastructure, the world has experienced almost 5,000 such terrorist attacks in more than 90 countries since the 1970s.2

With its considerable natural gas reserves, the Eastern Mediterranean region has recently emerged as one of the pivotal foci of international affairs with the convergence of political, economic, and geostrategic dynamics

A further concern that deserves attention is the impact of emerging economies such as China, India, Brazil, and Russia, and fast-growing economies such as Turkey, Indonesia, Mexico, and South Korea on global demand. Like developed economies, these countries are highly dependent on energy supply, particularly fossil fuels. In comparison to low-income economies, where more than 50 percent of total energy is consumed by households, the emerging and fast-growing economies have higher shares of industrial consumption, translating into massive energy demand.3 Hence, the increasing demand arising from such countries also poses a threat to contemporary global energy security, highlighting the role of energy demand against security of supply.

Dynamics of Energy Governance in Europe and Russia

Turkish-Azerbaijani Energy Relations: Significant Leverage in the Implementation of the Foreign Policy Interests of Both Countries