Hill goes beyond showing how the European model of economic and political power differs from the American one. Throughout the book he takes also the strong normative view that the European way of living is better than the one in the US. Steven Hill’s praise of Europeans is explicitly generous for everything that they have achieved. For it has only been sixty years since the two world wars mangled the entire continent to ruins. Hill treats the European journey from the devastation of the war into one of the leading global players – if not the leading one – as nothing less than a miracle. The secret lies according to him in the European model.

For a European, Hill’s view about the European model appears fairly credible. What comes to the economic and social system Hill makes the point that the European system, which he calls European social capitalism, is first of all based on a more equal division of wealth than its American counterpart. It forms a more sustainable base for societal development, as it puts a stronger emphasis on family values and the environment. In Europe, Hill argues, the products of economic surplus are used in a more sustainable manner as they make a good education, functioning health system, and other social benefits possible for the entire population. Moreover, Hill questions the argument according to which higher levels of welfare in Europe would imply higher levels of taxes. However, this section of the book would have required a more careful analysis with the support of stronger data taking into account the key role it takes in the discourse.

Also the firmly criticized European ability to exert power in global politics must according to Steven Hill be understood in its own terms. Europe being essentially a different type of actor, its achievements cannot be assessed mainly in terms of military capabilities. This critique of the American might is overwhelming in Hill’s analysis, as he makes the argument that US military spending is one of the main reasons for its incapacity to achieve a more inclusive social system. Instead of basing itself on hard power, Europe is above all a “smart power,” whose powers are based on its own attractive example of economic and social stability and wealth reached through a unique system of cooperation between former enemies. When the US uses highrisk military operations to implement its values in volatile regions, the European model is based on the incentive of membership in the EU. The successful change of first southern European states like Greece, Portugal, and Spain from dictatorship into stable democracies and subsequently a similar development in the former communist countries reflect the EU’s unique transformative power.

Although it is easy to agree with Hill that the EU’s potential to be among the strongest powers tends all too often to be forgotten, it would be fair to recognize the role that the candidate countries themselves have played in this transformation. With its system of law and rules, the EU provides the model of change to the countries that are in the process of accession in the same way as its multidimensional political leadership pushes the applicants to make the necessary changes. But still there is an important role to play by the political leadership of each applicant country, as the changes demanded must be transformed into a functioning legislation and social and political practices of those very countries as well.

The most complex and perhaps the most vulnerable position for the EU is its role as a global actor because of its relations with big powers like Russia, China, the Middle East and even the US. Here, Hill’s view of the potential of the European model starts to appear more controversial. The author pays tribute to the European strategy of patience and to its policy of long-term engagement with partners like Russia and China. This approach, according to the author, is not only more efficient than the US’ model geared towards a more rapid change but is also more appreciated by the partners themselves. In a world where many of the new powers appear to operate on an international scene that resembles the multipolar order of the 19th Century, as their primary source of inspiration, it is difficult to find evidence to Hill’s argument according to which it is the European order of multilateralism and international arbitration that draws their main attention.

Europe’s Promise is in many ways a provocative and exuberant book. Its narrative is consistent and well-structured and its presentation is clear. The purpose of the book – to correct the misunderstanding of Europe among the American people – appears well justified. Europe is too often assessed on the basis of the state-centric model represented by the US itself. Europe should be understood more in terms of its own unique type of international actor, a role that is undoubtedly different. However, going to the other extreme of portraying Europe as a perfect model should also be avoided. And this is what the book does on too many occasions. The European model also has its own weaknesses and there are areas where Europe could do well to learn from the US. A slightly more balanced approach to Europe’s exemplariness would have increased the credibility of the argument. 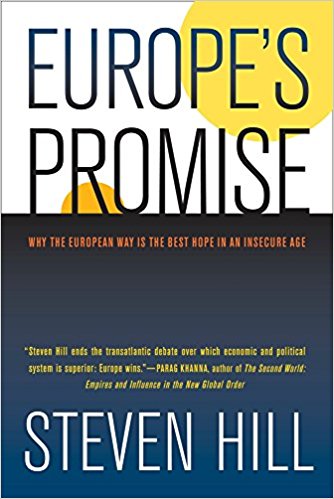