PANEL | Turkey and the Gulf Relations

So what is the roadmap for Turkey in the recent Gulf crisis? What are the new opportunities and challenges and how Turkey should respond to them? This will be the main theme of the forthcoming Insight Turkey panel. Before the publication of its special issue on the Gulf, Insight Turkey organizes a panel in which four speakers, two from Turkey and two from the Gulf, will talk about the current Gulf affairs and Turkey’s relations with the Gulf countries, especially with Kuwait. 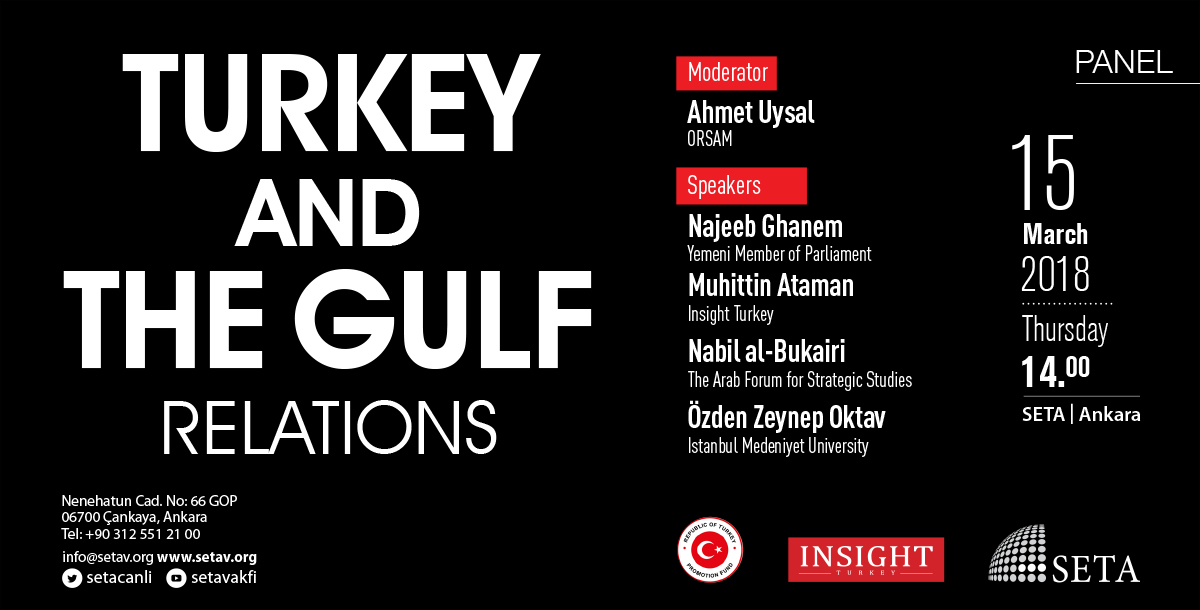 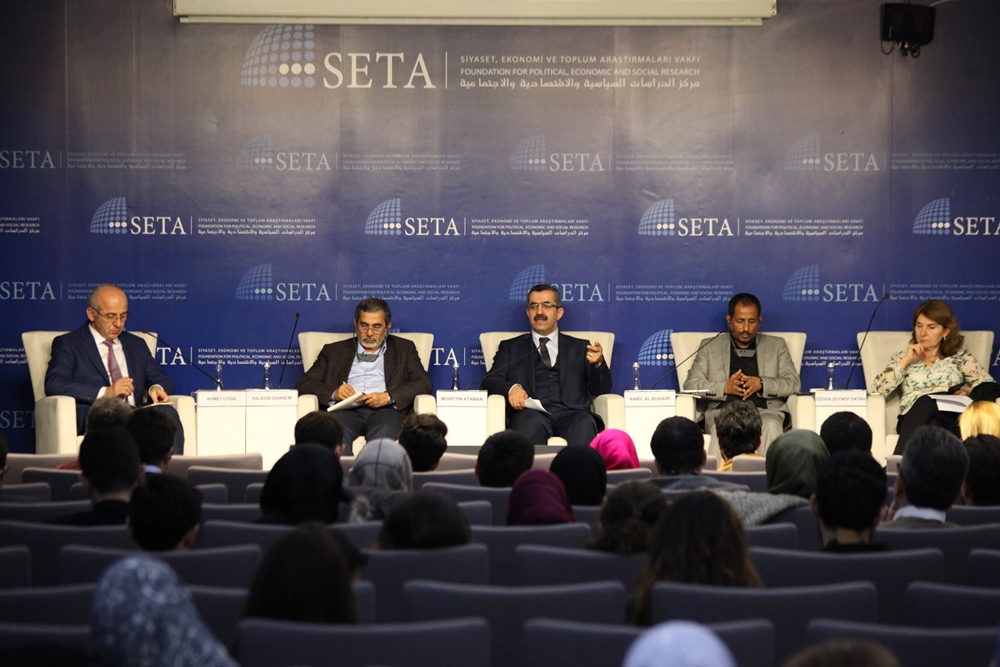 Najeb Ghanem, a representative of the Yemen assembly, talked about the situation of Yemen, the crisis in the Gulf and relationship of Turkey with other Gulf countries.  He discussed how this relationship should continue and that there should be a long-term collaboration with the Gulf countries.

The situation in Yemen must be considered, the coup which was supported by Iran and the fact that Houthi missiles reached Jeddah led to the Arab alliance in the region, however, the conflict has turned into a humanitarian crisis even though there is aid still reaching the people. Iran is trying to exert its influence and cause an upheaval in the region and Yemen is important because of its geographical location. It is on the naval Silk Road with11 million barrels of oil passing through the country. There is disagreement between Saudi Arabia and Qatar, but Kuwait is trying to mediate the Yemen conflict.

Turkey has also been trying to mediate the conflict both in Yemen and the one between Qatar and Saudi Arabia. However, Turkey is itself affected by the many other conflicts and divisions in the region. It made deals with the Gulf countries in 2015  and Najeb Ghanem would like the relationship between Turkey and Saudi Arabia to continue, as any division between them will make Iran happy. His expectation is a long-term strategic cooperation between Turkey and the Gulf countries.

Muhittin Ataman talked about the opportunities and challenges between Turkey and the Gulf countries.After the Arab revolutions two concepts are important, first, does an Arab world exist, and second, does the Gulf exists? Yes, there was once an Arab world, but after the revolutions and the collapse of the most important Arab countries, which were Egypt, Yemen, Iraq, and Tunisia, this is no longer the case. These countries were republics and represented Arab nationalism. Now Saudi Arabia and the UAE want the leadership of the Arab world, but they are not independent, they are dependent economically because of the fluctuating nature of oil prices. Moreover, they are dependent on the U.S. and Israel politics and they do not have sufficient population or military capacities. Furthermore, they do not have an ideology and for these reasons, they cannot assume the leadership of the Arab world.

When it comes to the second question, one cannot talk about a Gulf unity. Saudi Arabia lost its hegemony even though it is the largest and most populated among them. It appears that only the UAE and Bahrain follow Saudi Arabia and even then it is not clear whether the UAE really follows Saudi Arabia or vice versa. Qatar stood up to these three countries. Kuwait and Oman are more neutral but Kuwait is an active neutral country whereas Oman is more passive and closed.

One of the most important factors that affect the relationship between Turkey and the Gulf is the polarization. At one end there is Saudi Arabia, the UAE, Bahrain, and Egypt and these are supported by the U.S. and Israel. On the other side, there is Iran and its proxies, Hezbollah in Yemen, Assad and his supporters in Syria, Houthis in Yemen, the Shia minorities in other Gulf countries and to a lesser degree, Iraq.

Turkey is accused by Saudi Arabia and the UAE of forming a triangle of evil with Iran and Qatar, but this approach is not sustainable. Turkey acted in collaboration with the Gulf countries in the crises of Yemen and Syria and supported the “Operation Decisive Storm” in Yemen. Turkey and the Gulf countries also act in unison against the terror groups who use weapons. Finally, the Gulf countries want to diversify their defense spending; Turkey could be an alternative to the U.S. and Russia in supplying weapons.

There have been many wars and conflicts between Arabs and Persians in their history. With Islam, most of the problems were solved. However, ethnicity aside, there were problems between Sunnis and Shias. With the 1979 Revolution problems again started between the Arab countries and Iran.

Iran has increased its influence on the Gulf with the recent Gulf crisis benefitting Iran the most. These conflicts are also of an ethnic nature with Iran wanting to strengthen the Persian lands. Moreover,  with the 5+1 Agreement, it appears that Europe wants to transform Iran into a nuclear state.

The answer to the question of what could be done against Iran’s expansionism is the alliance in Yemen. However, Arabs and Persians have to unite on the common grounds of history, geography, and religion.

The second matter is the “Ikhwan” movement. After 2013 the matters worsened between Turkey and the Gulf countries but Turkey managed this problem until 2016. July 15 showed the extent of the division between Turkey and Saudi Arabia. Allegations of the UAE financing the coup plotters, the fact that Saudi Arabia waited 15 hours to condemn the coup attempt, while Iran condemned it immediately damaged the relationship and after the Qatar crisis it became unsustainable. Turkey sided with Qatar unconditionally.

Saudi Arabia is afraid of Turkey for three reasons, these are: Turkey supports the Muslim Brotherhood both in Egypt and in Syria, Turkey represents that belief that Islam and democracy are compatible and finally the unfounded fear that Turkey wants to bring back the caliphate.