PANEL | The Balkans at a Crossroads

In Spring 2019, Insight Turkey published a special issue handling various aspects of the contemporary Balkan politics. As a follow-up event, this panel, featuring contributors to the special issue, will discuss the most important current issues and the future of the Balkans. 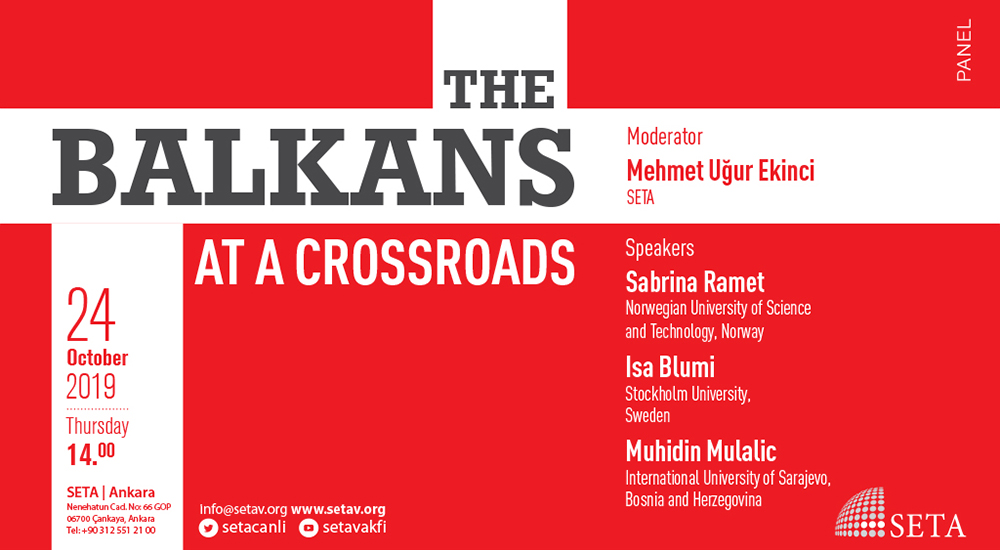 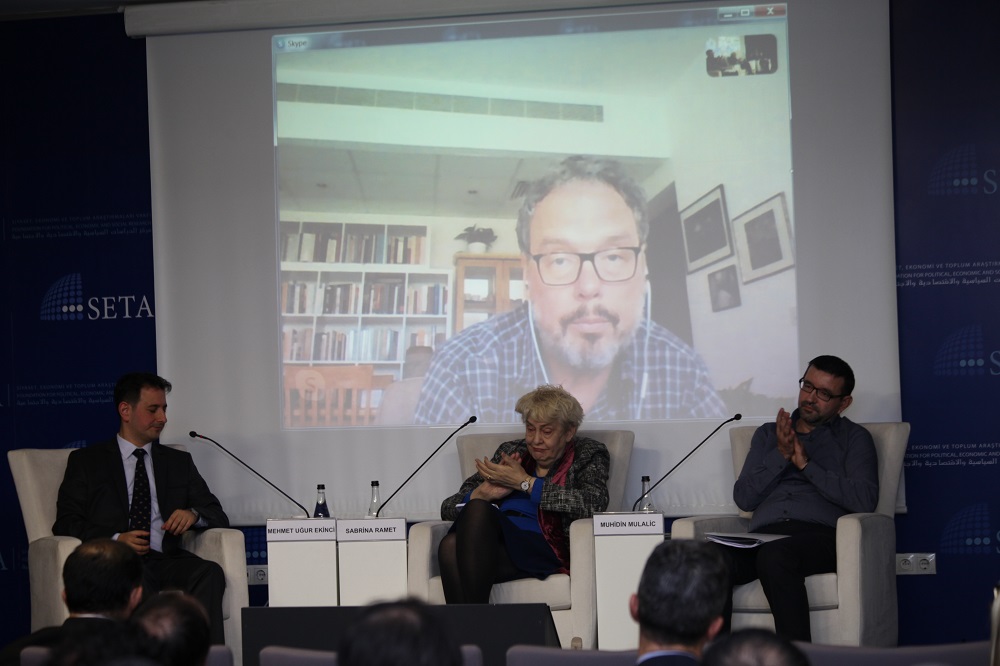 Balkans at a Crossroads – Panel
After the publication of its special issue “The Balkans at a Crossroads,” Insight Turkey organized a panel on October 24th, 2019 where experts shared their perspectives on the present and future of the Balkans. Some outstanding themes of the panel discussions were the recent elections in Balkan countries, major socio-economic issues, ethno-political problems and the region’s relations with actors such as the European Union, the United States, and Russia.

Sabrina P. Ramet
Sabrina P. Ramet offered a general overview of the political, economic, and social situation of the Balkans. Referring to major indexes measuring democracy, corruption, poverty, unemployment, and press freedom; Professor Ramet discussed how much democratic and economic progress the Balkan countries have made after the Cold War.

In democracy indexes the Balkan countries rank is much lower than other European countries, and the EU-member Balkan countries ranked above the non-EU members. However, problems with democracy, which include irregularities in elections, misuse of state resources, and political appointment of officials, are encountered throughout the region including EU member countries. Freedom and quality of the press, which is another vital element of democracy, is crippled by political influence, economic pressures, ethnic fracturing, and physical attacks on journalists.
Regarding the economy, despite the observable improvement in the region’s life standards compared to the early 2000s, poverty and unemployment still affect the lives of a considerable proportion of Balkan people. In terms of per capita income, the Balkan countries are among the lowest in Europe.

Overall, Slovenia is the country that made the most progress in terms of democratic consolidation and economic development in the Balkans. It is followed by Croatia, Romania, and Bulgaria, even with deficiencies in certain areas. The Western Balkan countries still have a large room for reform and improvement.

Isa Blumi
Isa Blumi discussed the results of the recent general elections in Kosovo. According to Dr. Blumi, the victory of Vetëvendosje (VV) can be regarded as the voters’ response not only to structural weaknesses in Kosovo and the Western Balkans, but also to the nature of a relationship between Kosovo and Western actors.

Despite the significant sacrifices the Balkan societies have made since the end of the Cold War, their expectations for a better life has yet to be satisfied. As a result, an increasing number of Balkan people have been questioning who has ultimately benefited from the processes of liberalization and EU membership. The frustration of masses, which was the primary factor shaping the results of the recent elections in Kosovo, is likely to influence future elections in the region. Furthermore, the inability of the EU to offer a rapid and sustainable improvement of life conditions in the region and the recent deceleration of EU membership processes will likely bring Balkan countries closer to actors such as Russia and Turkey.

As the VV is highly critical of the relations between external actors and Kosovo’s political and economic elites, the next government in Kosovo will possibly take some radical steps in economic and foreign policies. The change of government will affect the dynamics of the Belgrade-Pristina negotiations. A territorial exchange with Serbia is now extremely unlikely. The new government is also expected to tackle corruption with a more comprehensive approach and improve the status of women in the society.

Bosnia is often referred to as a divided, even impossible nation. The ethno-political model formalized by the Dayton Peace Agreement is being abused by political leaders to maintain power and by nationalists to polarize and divide the society even further. One year after the general elections, the government has still not been formed because nationalist parties have brought up conditions to agree on a coalition. The views of Milorad Dodik, the Serb member of presidency, on fundamental issues concerning domestic and foreign policy are diametrically opposed to those of the other two members. The election of Željko Komšić to the Croat membership of presidency largely by Bosniak votes has been protested by the major Croat party, leading to further polarization of the society.

The continuation of ethno-political divisions has negatively affected the democratic and economic development of Bosnia and Herzegovina. As a result, thousands of Bosnians who lost their hopes with the future of their country have migrated to Western countries. In addition to their socio-economic consequences, the ethno-political tensions in the country is threatening the security of the Western Balkans.

The solution is to invest more in democratization and institutionalization. Promoting EU membership and regional cooperation and empowering civil society will consolidate peace and stability, while further emigrations can be prevented by prioritizing economic growth.

You can watch the full panel session via Youtube.