The recent rise in global food prices, China’s rise and its aggressive overseas agricultural investment policies resulted in the Western media labelling it the leading “land grabber” in Africa and the world. It is the lack of investigative reporting about China’s role in foreign agricultural investment that culminated in the propagation of several myths by the media, civil society, governments and even academia. The gap between myths and realities motivated Deborah Brautigam, the author of Will Africa Feed China?

The recent rise in global food prices, China’s rise and its aggressive overseas agricultural investment policies resulted in the Western media labelling it the leading “land grabber” in Africa and the world. It is the lack of investigative reporting about China’s role in foreign agricultural investment that culminated in the propagation of several myths by the media, civil society, governments and even academia. The gap between myths and realities motivated Deborah Brautigam, the author of Will Africa Feed China? to purposefully find out the factual story behind the Western panic of China’s fast land acquisition in Africa. Brautigam unquestionably proves that she is one of the world’s prominent scholars on China-Africa relations by investigating the myths and realities behind the media headlines followıng her two earlier publications. She is the author of Chinese Aid and African Development and The Dragon’s Gift: the Real Story of China in Africa, all demonstrating her deep-rooted interest concerning “what the Chinese are doing in rural Africa” (p. 7).

Will Africa Feed China? is the product of extensive fieldwork done by Brautigam herself and her associates or students aided by valuable statistics forming a key strength of the book. All clarifications are supported by tangible facts. The information-gathering was carried out in several countries, including the Democratic Republic of Congo, Ethiopia, Kenya, Mozambique, Nigeria, Sierra Leone, Tanzania, Uganda, Zambia and Zimbabwe. Interviews were also conducted with many Chinese government officials and workers at several of the main Chinese agribusiness enterprises in the field as well as at their headquarters in China.

The book challenges four widespread myths about China’s overseas agrarian investment policy. These include that: 1) China has acquired very huge tracts of agricultural land in Africa and many Chinese workers are working on it; 2) the government of China is spearheading the effort to acquire land in Africa using its vast state-owned resources; 3) the Chinese are growing food in Africa to ship to China and ensure food security; and 4) China has sent huge numbers of its peasants to settle in Africa (pp. 1-2, 152-159). Brautigam found none of these myths to be true. The author completely rubbishes the reports that there has been substantial Chinese agricultural investment in Africa. She argues that despite the existence of numerous plans for investment, a small number of them have become visible and no single village in Africa replete with Chinese peasants exists. Although she acknowledges that there has been a steady increase in Chinese policy for overseas investment, no perceptible pattern of Chinese migration of peasants, or financing extensive land acquisition or investing large amounts in African agriculture exists. The available data indicate that it is China which is really sending food to Africa and not vice versa. However, she does not rule out the change of this trend in future. Consequently, the writer carefully concludes that the West’s greatest public fears about China’s bellicose agricultural policy are not factual.

Comprising eight chapters, Will Africa Feed China? makes five main arguments. Firstly, it argues that no substantial land acquisition has taken place so far notwithstanding the resourcefulness undertaken by several Chinese agribusiness corporations to pursue investments in Africa. Brautigam asserts that China could have acquired approximately six million hectares had Chinese companies really acquired all the land they were purported to have acquired ever since 2000. However, the truth is that the “Chinese investors have so far acquired very little land in Africa” (p. 158). In chapters one and five, the book is replete with instances of the investments that failed to materialise. However, in chapters six to eight Brautigam admits that the number of Chinese state-owned companies, together with private firms, is growing; but, she maintains that Chinese agrarian investment overseas is “still in its infancy.”

The second argument is centred on the question regarding the government of China’s efforts in land acquisition via the state-owned and state-funded firms. Brautigam tackles this question by exploring the development of policy provisions over a period of thirty years. She finds that China’s investment in Africa began in the 1980s and has gradually grown. Overseas agribusiness was not the outcome of the global food price upsurge in 2007, but agriculture was part of China’s framework for going global since it joined the World Trade Organisation in 2001 that included a provision for government to provide incentives. Brautigam asserts that the Chinese government’s role in overseas agricultural investment must be understood as part of China’s growth in trade and external investment. In chapter four, she elucidates that the Chinese government’s role here represents a ‘development state’ like that of Japan and South Korea.

Thirdly, many scholars in the area of food security raised fears that China wants to grow food in Africa to take back to China. Brautigam with the aid of case studies brilliantly illustrates throughout the book that all the real and intended Chinese agricultural investments in Africa were meant for producing food for local markets and similar to other countries, exporting of traditional agricultural products to international markets, not excluding China. Without ruling out China’s food security as a motive for the Chinese agribusiness in Africa, it is not the primary incentive.

The fourth argument is centred on the reports that China had plans to extensively settle Chinese peasants in Africa of which Brautigam found no evidence. Only a few proposals existed including one by Zhao Zhihai, an agricultural scientist but none have materialised (p. 74). To Brautigam, the numbers of Chinese that have settled in Africa as farmers while not clear it is certain that they are smaller than many have been made to believe.

Overall, Brautigam stresses the agency of Africans as investors, civil society organisations, rural residents and governments. The author challenges the conventional understanding by the Western media about Africa and Africans as simply “passive bystanders and victims.” The reality is the total opposite because one finds “a series of eager and aware African investors who have partnered with Chinese” (p. 9). The governments have actually embarked on large projects targeting rapid modernisation. In contrast, many cases exist where local people, with the support from non-governmental organisations and local political figures stalled the work of foreign investors including the Chinese among others. Very few investments ultimately succeed and the reasons for failure of many of the investments include but are not limited to poor infrastructure, coups, contested election outcomes and civil wars.

As weaknesses, readers will find the book a bit complicated in its beginning. Chapters one and two should have swapped to avoid some kind of flashback that characterises this part of the book. Beginning with chapter two that sets the stage for the entire book (p. 19) would have enabled an excellent flow of the book. Another shortcoming is that while the book superbly clears the allegations of China’s “land-grabbing” policies by, predominantly, the Western media, it appears to be biased and fails to provide a balanced presentation. The book does not convincingly tell the reader what China will conceivably benefit from sharing its knowledge and expertise with African farmers. More critically, the consequences of the transfer of Chinese technology and know-how on Africans and the rising dependence relationship from an African perspective are not addressed. This could have been overcome by interviewing the African farmers working with the Chinese. Be that as it may, the book is largely simple and clear and is an incredible academic effort that presents well-informed deductions on a subject that has considerable consequences for the future of world stability.

Those working in the fields of food security, Sino-African relations, rise of China and its overseas agrarian policies as well as students of politics, economics, strategic studies, development studies, media and communication and international relations will find this book of great interest. 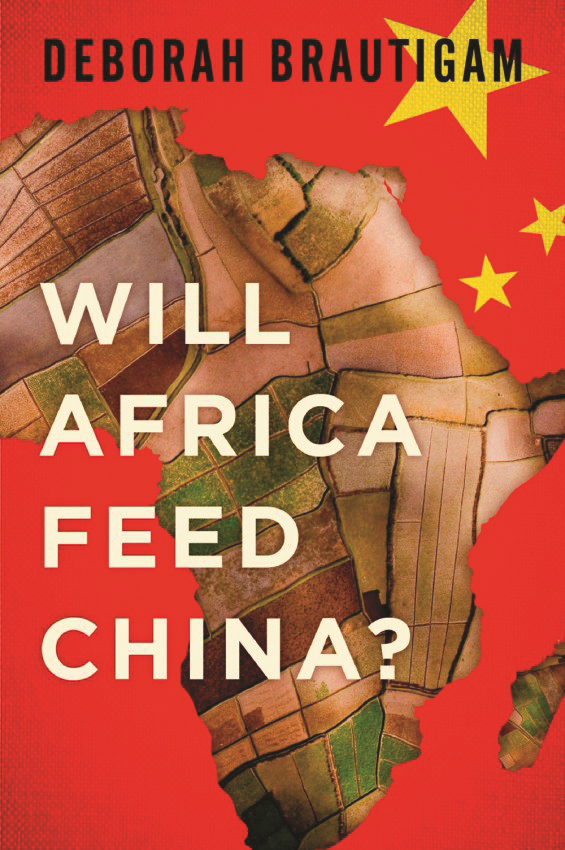