This new text on Political Science is a very advanced intellectual discourse on selected topics in the discipline. It is written by established and renowned scholars who have over the years distinguished themselves as resourceful promoters of the discipline across the globe.

This new text on Political Science is a very advanced intellectual discourse on selected topics in the discipline. It is written by established and renowned scholars who have over the years distinguished themselves as resourceful promoters of the discipline across the globe. Leonardo Morlino and Dirk Berg-Schlosser have both been Presidents of the International Political Science Association (IPSA) at different times. IPSA, under their leadership, organized and held conferences for political scientists from all corners of the world to discuss salient developments in global politics from diverse perspectives. This exposure likely influenced these authors’ decision to write an introductory textbook on Political Science which would synthesize all the outlooks on the core issues of politics with a view to articulating more harmonious and generally acceptable perspectives. The authors’ aim is to provide refreshing insights into such issues as war and peace, prosperity, welfare, sustainable environment, freedom, justice, gender, and democracy under changing cultural perspectives (p. 2). They expressed their desire to provide advanced students of Political Science a succinct overview of the discipline from a truly global perspective (p. 1).

The book comprises sixteen chapters, beginning with an introductory section which lucidly articulates the origins of political science and its distinctiveness. The chapters are classified into five parts. Part 1, “Background,” consists of three chapters which provide extensive discussions on the epistemological foundations of political science and the social sciences, as well as methods of research including research designs, case studies, qualitative comparative analysis, regressions, survey research and statistical analysis. In this part of the book, the relationship between political science and other allied disciplines such as sociology, international relations, economics, law, and history, is clarified (pp. 15-53). Part II of the book focuses on what the authors consider “Macro-Politics.” In chapters 4-7, deeper intellectual exposition is given on such topics as the social-structural and political-cultural bases of politics, the nature and characteristics of politics in democracies, the democratization process for regime change, and politics in non-democratic regimes (pp. 57-110). In Part III of the book, “Governance,” the discussions center on the operations of the organs of government (Executive, Parliament, and Judiciary), and public policies and public administration, thereby drawing attention to the policy process, the roles of public bureaucracy, and the complexities of policy making (pp. 127-157). Part IV of the book on “Meso- and Macro-Politics” contains five chapters (10-14), which broach sundry topics such as political participation, social movements, protests, revolutions, political communication and media, interest groups, political parties, elections and electoral behavior (pp. 161-214). Part V on “International Politics” consists of two broad chapters (15 and 16) which provide lucid reflections on international politics through a conceptual clarification of the import of globalization and regionalism in world politics, with a projection of the nature of development in the world in the face of the recent resurgence of nationalism (pp. 218-246).

There is no doubt that this book is a worthy contribution to scholarship. It provides a lot of insights into the deeper meanings of various concepts and processes that are important topics in political science. The authors’ engagement with the discipline through several years of teaching and researching is evident in this publication. The structural strengths of this book are palpably profound. First, the arrangement of the chapters and their classification into broad parts shows that the authors are meticulous and committed to ensuring that the publication is well-packaged to enhance readers’ comprehension. Second, each chapter ends with concluding remarks, questions and suggested texts for further reading. Important points, quotations and references are highlighted and inserted in numbered boxes to capture readers’ attention. Third, the book contains an extensive glossary of key concepts and terms and a detailed collection of bibliographical references.

However, like every intellectual exposition, there are some areas in the book which would elicit critical comments from other scholars of the discipline. First, the authors’ claim that the normative orientation of politics came before the positive one can itself be viewed as a normative and value laden assertion (p. 2). It is not even clear whether the normative orientation of politics is now being conceived by implication as a negative orientation of politics. Classifications such as normative/empirical orientations, or idealistic/objective orientations are more appropriate than the use of ‘negative’ or ‘positive’ to describe the nature of the orientations in politics. It is debatable whether or not empiricism is positive or negative to the development of political science. Second, the description of the executive arm as ‘Government’ which excludes the Judiciary and the Parliament is against the doctrine of the separation of powers (p. 127). ‘Government’ ought to be conceived as the systematic operation of the three arms in recognition of their separate functions to drive the wheel of the State. Third, the description of regionalism as “a political invention and a creation of Europe after the second world war” lacks universal acceptability (p. 237). Even the reference to ‘old and new regionalisms’ is confusing (p. 236). As a concept, regionalism is a mental construct which abstracts the reality of the bonding or coming together of separate entities for some defined objectives. To pluralize regionalism is to turn it into a noun which it is not, thereby complicating the import of the concept which ought to be an explanatory tool for the process of regionalization in the global community of nations. Fourth, there ought to be two additional chapters; one on political philosophies and ideologies, and the other on globalization from the standpoint of international political economy of interdependence among sovereign states in the world.

Overall, this book is well-rendered in the finest language of the political science discipline, and it is a text that both the teachers and students of the subject would find useful. It contains historical facts on the evolution and development of the discipline, and a rich array of current political developments which are systematically fused in rendering empirically valid analyses on all of the issues explored in the book. The authors demonstrate mastery of their separate specializations in the discipline, as evident in the production of this highly qualitative and scholarly publication. 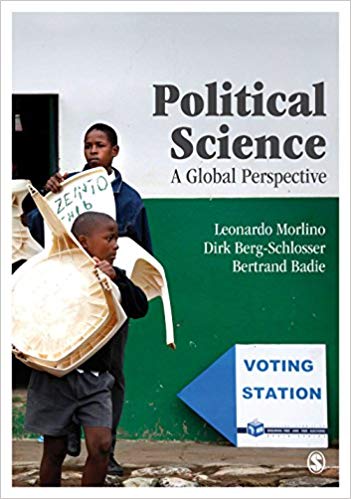 Migration, Urban Space and Diversity: A Case from Istanbul

The Gezi Park Protests in Turkey: A Qualitative Field Research