There is no doubt that the 1990s were the years when the concept of human security came into popularity not only within scholarly circles but also political ones. Since then, a large body of literature has been accumulated dealing with the topic of human security in terms of its theoretical and practical dimensions.

There is no doubt that the 1990s were the years when the concept of human security came into popularity not only within scholarly circles but also political ones. Since then, a large body of literature has been accumulated dealing with the topic of human security in terms of its theoretical and practical dimensions. In The Human Security Agenda, Ronald M. Behringer aims to contribute to the current literature by interrogating the capacity of middle powers in undertaking a human security agenda under American hegemony. The author successfully illustrates how the U.S. government in some cases engages in activities to prevent middle powers from exercising their human security agenda.

This book falls into eight sections; in the first chapter Behringer introduces the concept of human security, ranging from minimalist to maximalist definitions, by drawing from the relevant literature (pp. 13-16). Surveying the literature related to power hierarchy in world politics, the author similarly elaborates on the concept of middle powermanship (pp. 16-19). While the second chapter provides an overall theoretical background (pp. 9-28), the last one offers a final assessment related to the human security measures undertaken by middle powers (pp. 163-174). Five diverse cases are used as examples to account for the human security applications throughout the book, some of which were successful, while some were not (pp. 164, 170-172). However, Behringer claims that it is still possible for middle powers to play a leadership role in some issues and to become “securitizing actors” in a political atmosphere shaped by U.S. hegemony (pp. 9, 12). For each case, the author starts with unfolding the unique historical process involved, with a specific reference to the role of middle powers. Following this historical narrative, the author illustrates the reaction of the U.S. as a global hegemon in the face of initiatives taken by middle powers on the international stage.

The cases Behringer puts forward throughout this study can be subsumed under two groups: ones which the U.S. government, as a hegemonic power, strongly resisted, and ones to which the U.S. government gave explicit or tacit consent (pp. 164, 167-170). For example, the project undertaken by a cohort of middle powers to establish an international rapid deployment force, later known as SHIRBIG, was a bold attempt dating back to 1994, put in force under the leadership of the Dutch government (p. 40). It basically envisaged a brigade ready for a rapid deployment in cases of humanitarian crises. To this aim, in the following years, like-minded middle powers including Austria, Canada, Denmark, the Netherlands, Norway, Poland, and Sweden moved the former initiative into a new phase by signing a set of agreements establishing SHIRBIG (p. 43). SHIRBIG took part in various UN missions in different areas of Africa (pp. 45-48). According to Behringer, the U.S. government was not at odds with the SHIRBIG initiative since it was not harming its vital interests (pp. 48-50, 167-168). However, despite the lack of any U.S. resistance to the SHIRBIG initiative, SHIRBIG became a short-lived endeavor and was dismissed in 2009 (pp. 4, 50, 171). The second case examined within the range of this book is the widely acclaimed political success story of modern political history, known as the Ottawa Process. This process enacted international regulations banning anti-personnel landmines. Employing fast track diplomacy built on an accept or reject basis, middle powers scored a historic diplomatic victory (pp. 4, 53, 171). The mobilization of non-governmental organizations played a vital role in the success of the Ottawa Process, and the following Ottawa Convention entered into force in 1999 (pp. 4, 69-70). Even though the U.S. government had been positive on the issue of banning landmines, it eventually withdrew from signing the Ottawa Convention because of the security concerns of South Korea, for which the U.S. government plays the role of custodian, and the middle powers’ unconventional fast track diplomacy that discards conventional diplomatic mechanisms (pp. 71-73, 76-77, 168). The third case, the ICC, came to the international stage during the 1998 Rome Conference. In the case of the ICC, NGO’s and LMGs (Like-Minded Group of Countries) consisting of middle powers played active roles in determining the fate of the ICC (pp. 4-5, 93-97). The unwillingness of the U.S. government, due to concerns related to risk of the judgment of its own citizens with a specific reference to their constitutional rights, made it backtrack and the Bush government decided to withdraw from the Rome statute (pp. 98-102, 168). Consequently, the ICC initiative succeeded after the Rome Statute’s entry into force in 2002 (pp. 5, 97). The fourth case is related to regulations on the trade of Small Arms and Light Weapons (SALW). The regulations over Small Arms and Light Weapons (SALW) trade was initiated by a coalition of NGOs and middle powers (pp. 5, 126-133, 136). However, these regulations have not been realized since it was found contrary to U.S. constitution regarding individual arming; consequently, the initiative was curbed by the U.S. decision makers (pp. 122-123, 169, 171). The fifth and last case is related to a new norm, that is Responsibility to Protect, put forward for the first time in 2001 by the International Commission of State Sovereignty pioneered by Canada and Australia (pp. 6, 141-144, 160-161). The idea of Responsibility to Protect, despite the conversions in the original text of 2001 (pp. 6, 149, 171-172), was approved by the U.S. government since it was perceived as coinciding with the current American policy that aims at preventing worldwide violence including mass murders (pp. 153-157, 161, 169-170). 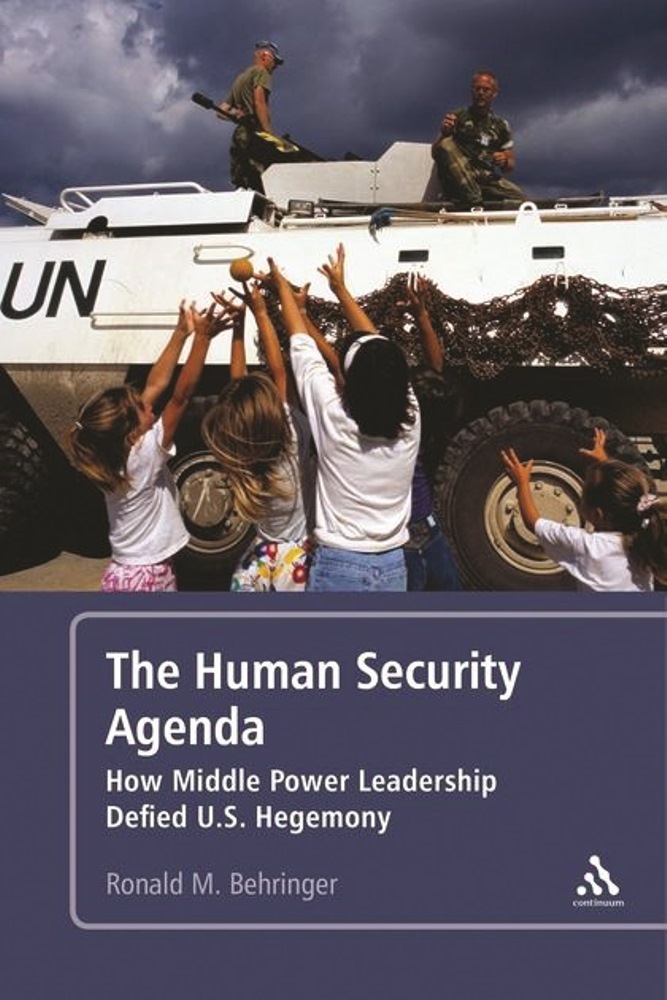