This volume is the first monographsized publication on the most important initiative towards interfaith dialogue between the Abrahamic religions in recent years, edited by two figures intimately involved in the A Common Word project and the Christian reaction to this Muslim gesture. In fact, Prince Ghazi bin Muhammad of Jordan — a scholar of religion with doctorates from both Cambridge and al-Azhar and a close advisor to both former King Abdullah II and King Hussein — was the driving force behind the initiative, while the Croatian-born theologian Miroslav Volf played a leading role in formulating the “Loving God and Neighbor Together: A Christian Response to ‘A Common Word between Us and You’”.

This volume is the first monographsized publication on the most important initiative towards interfaith dialogue between the Abrahamic religions in recent years, edited by two figures intimately involved in the A Common Word project and the Christian reaction to this Muslim gesture. In fact, Prince Ghazi bin Muhammad of Jordan — a scholar of religion with doctorates from both Cambridge and al-Azhar and a close advisor to both former King Abdullah II and King Hussein — was the driving force behind the initiative, while the Croatian-born theologian Miroslav Volf played a leading role in formulating the “Loving God and Neighbor Together: A Christian Response to ‘A Common Word between Us and You’”.

To recapitulate briefly the sequence of events behind this book: In September 2006, Pope Benedict XVI’s “Regensburg Address,” containing an ill-chosen reference to Byzantine Emperor Manuel II Paleologus’s less than favorable comments about Islam and the Prophet Muhammad, caused major unease among Muslims around the world. The speech cast a shadow over the Pope’s subsequent visit to Istanbul, which took place amidst widespread protests in Turkey, putting the ruling AKP party in an awkward position.

An open letter dated October 13, 2006, addressed to the Pope by 38 prominent Muslims expressing their concern was followed up exactly a year later with A Common Word. Initially signed by 138 Muslim dignitaries, scholars and intellectuals, the number of signatories has since increased into the hundreds. This led in turn to a Christian reply on November 18, 2007, which was published in the New York Times with an Arabic translation released a little later in the United Arab Emirates. This document has since then become known as the “Yale Response”.

The editors have organized the book in five parts consisting of an introduction and the reproduction of the two texts mentioned above; two sections with commentaries and meditations by a number of Muslim and Christian scholars; an ‘FAQ’ section providing a further explanation of the two key documents; and a closing section discussing the political significance of A Common Word and listing the signatories of both documents.

In his frank introduction, Prince Muhammad bin Ghazi notes the discrepancy separating the positive and optimistic exchanges between religious traditions on an intellectual level from popular culture, the rivalry between the centrifugal forces of religious extremism and the centripetal pull of “interfaith and intercultural centers all over the world,” as well as the widespread Muslim concern over “the massive missionary movements launched from the West into the Islamic World” (p. 6). Following a kind of via negativa, he also points out that A Common Word is not intended to convert Christians to Islam, nor to deny the irreconcilable differences between Muslim and Christian doctrine which cannot be reduced by some “artificial union” (p. 10) on the basis of the Commandments to love both God and neighbor. These points are echoed by Volf as he refuses to sweep the history of mutual violence and oppression and the many practical problems separating the two faith communities under the carpet (although there is some asymmetry in his juxtaposition of Christians ill-speaking of Islam with the lethal hostility of Muslims towards former co-religionists converted to Christianity).

Examining the two core texts, it becomes clear how similar they are in their mutual references to both Islamic and Christian scriptures in order to undergird the shared injunctions of divine and neighborly love. Where A Common Word contains copious citations and footnotes, the authors of the “Yale Response” have appended a virtual line-by-line commentary to their more concise document. Acknowledging past and present excesses of Christians against Muslims without pretending to ask forgiveness on behalf of Christianity may indeed avoid further religiously-defined communalism, but reeks a bit of claiming the moral upper hand nevertheless.

The Muslim and Christian perspectives in parts two and three present a very varied picture both in terms of outlook and quality. The rather stale sermon-like texts of the Yemeni scholar Habib al-Jifri and the Nigerian legal scholar Judge Bola Ajibola preserve a traditionalist Islamic rhetoric which contrasts starkly with the more academic contributions of Reza Shah-Kazemi and Seyyed Hossein Nasr, which affirm the sustained philosophical tradition of Shi‛ite religious scholarship. Shah-Kazemi’s meditation shares the Sufi spirit informing al-Jifri’s keynote address to the Yale conference and invokes mystical poets such as Rumi and Ibn Arabi, who have also influenced the Perennialist position taken by Nasr, whose article highlights the centrality of the term ‘word’ – kalimah in Arabic, logos in Greek – in the Muslim-Christian exchange around A Common Word.

The metaphysical focus of Volf ’s second contribution to the volume betrays his background as a leading systematic theologian, although he attempts to insert an ethical dimension into the six Luther-like theses closing the essay. Joseph Cumming draws on the Arabic Bustani-van Dyck translation of the Gospels and uses both Shi‛i and Ash‛ari theologians as interlocutors. This chapter is followed by a brief meditation by David Burrell CSC and a suggested mandate for academic and religious institutions put forward by the Swiss-Lebanese theologian Martin Accad. Part three ends with a rather idiosyncratic piece, digressing into seduction and sorcery, by the famous Harvard theologian Harvey Cox, author of the seminal 1960s text The Secular City.

On a final critical note, I question the wisdom of seeking political endorsement for the project by including a preface by former British Prime Minister Tony Blair, whose legacy is tainted by the controversial decision to extend the ‘war on terror’ to Iraq and which is now the subject of an official inquest. To some degree that also applies to the epilogue by US senator and former presidential candidate John Kerry. Flaunting his deep New England roots do not help dispel his image as an elitist member of the American political establishment. However, that does not diminish the significance of this first book-length discussion of what will probably enter into history as a crucial phase in the encounter and shared journey of two faith communities encompassing more than half the world’s population. This publication is therefore not only of interest to scholars or religion, but also to political scientists and historians working on international relations and world history. 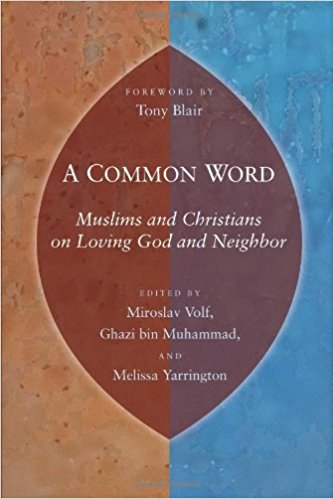