To date the research of Orientalism in Russia did not present the whole mosaic palette of its competing schools and disciplines. The influential missionary Orthodox Orientology remains understudied. Even less known is the contribution in the making of intolerant discourse on Islam by state atheist associations who seized its niche under the Soviet rule. This article attempts to integrate applied missionary and atheist schools of Oriental studies into the general debates on Orientalism in the 20th century Russia. The focus is on agents and networks of the Soviet propaganda, as well as on its changing language, topics and messages. A special attention is paid to continuities in the Orientalist imagination of Islam between pre-Soviet Orthodox missionaries, Soviet militant atheists, post-war philosophers and dissident Muslim preachers of the post-socialist Islamic appeal. 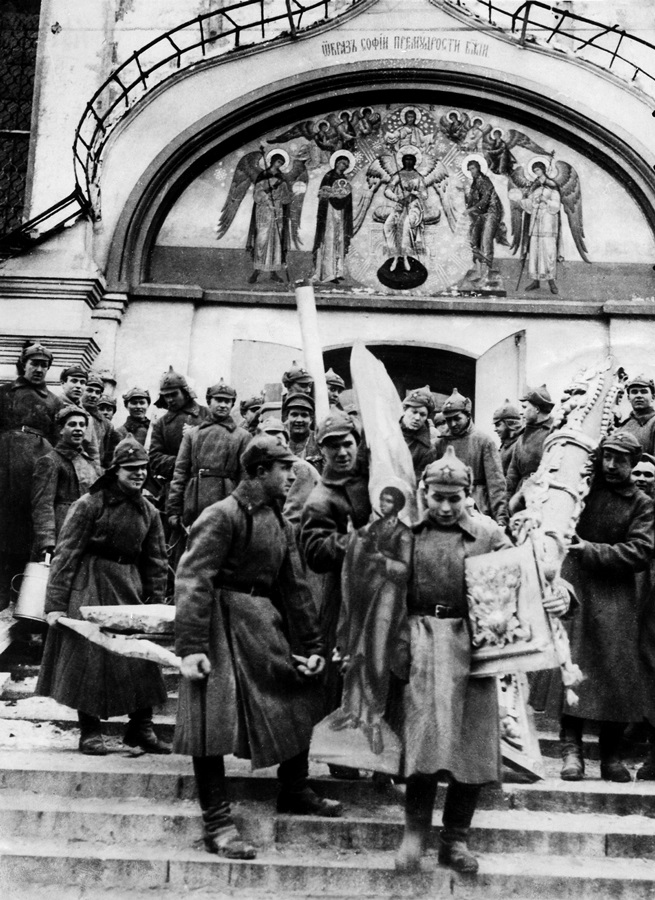 Over the past ten years, evident progress has been made in the study of Orientalism in Imperial and Soviet Russia. A real breakthrough in this field occurred in 2005 and again in 2010-2011. In 2005, a heated discussion in the journal Kritika established different manifestations of Orientalism in Russia from the 18th through the early 20th centuries.2 After the pioneering works of David Schimmelpenninck van der Oye, Vera Toltz, Michael Kemper and Svetlana Gorshenina,3 nobody doubts that the academic schools of Russian/Soviet Orientology, centered in Saint Petersburg and Moscow, shared the general premises of philological and sociological Orientalism, according to Edward Said’s classification, although they had deviations from the classical European model. Yet there are still numerous blank spots in the field. Regional centers of Oriental studies remain under-examined, and a mosaic palette of schools and disciplines in Russia’s Orientology is poorly presented in the debates of Orientalism. It is noteworthy that apart from philology and history, Russia’s Orientalism includes philosophy, ethnography, archeology, numismatics, area studies and political science. There was also an influential school of missionary Orthodox Orientology addressed to Old Believers, Muslims, Buddhists and different pagan faiths, and centered in Kazan until 1921. Its niche in the Soviet Union was taken up by militant and later scientific atheists. In addition, there were military and diplomatic translators from Oriental languages as well as experts in the Russian and foreign Orient in the structure of the secret police and the intelligence service of the imperial Ministry of the Interior and the Soviet Cheka-NKVD-KGB.

In order to honor the constitutional right to religious beliefs, and to avoid the impression that the Soviet state actively persecuted religion, the Bolsheviks charged allegedly non-governmental social organizations with the struggle against religion

On these pages, I will examine the making of the intolerant discourse on Islam in Soviet and Imperial Russia by amateur and trained historians, philosophers and ethnographers, and attempt to integrate applied Oriental studies into the general debates on Orientalism. The focus is on the agents and networks of the state atheistic propaganda complex, as well as on its changing language, topics and messages. To some degree, the lack of previous attention to non-academic versions of Orientalism reflects their disregard by the imperial and Soviet academic schools of Orientology in Saint Petersburg-Leningrad that did not consider them worthy of “true scholarship,” although the academics sometimes did their work for the state. It will become clear in this article that they much contributed to the development of Russian Orientalism over time. Chronologically, the article covers the whole period of Soviet anti-Islamic agitation from the late 1920s to the end of the 1980s. Special attention is paid to similarities and differences between the interwar and post-war atheistic discourses and practices. In addition, I discuss the relation of Soviet atheistic activities to late imperial Orthodox missionary work, and to post-socialist Islamic appeal (da’wa) in the region.4

Russian Orthodoxy Resurgent: Faith and Power in the New Russia

Russia in Africa: A Search for Continuity in a Post-Cold War Era