Different Perspectives on the Syrian Crisis

As we observe and reflect on the humanitarian catastrophe caused by the Syrian civil war, the literature helps us make sense of the past, present, and future of the conflict with its surrounding dynamics. The books we review in this article constitute a part of a collective scholarly effort to explain and understand the worst crisis of the century. It is with the help of these books that we have a chance to have a scholarly discussion about the Syrian crisis. Both Abhyankar’s Syria: A Tragedy of Pivotal State and Rabinovitch and Valensi’s Syria: A Requiem are explanatory explanations written by practitioners and researchers with a realist approach. Vignal’s account in Wartorn: The Unmaking of Syria, on the other hand, is more on the social side of the spectrum with her thorough analysis of events with a rather humanitarian tone. 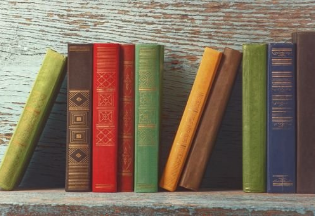 Syria:
Tragedy of a Pivotal State

Syrian Requiem:
The Civil War and Its Aftermath

By Itamar Rabinovich and Carmit Valensi

The Syrian crisis has been ongoing for more than 10 years. Since the beginning of the crisis, hundreds of thousands of lives have been lost, dozens of cities have been demolished, and millions of people have become refugees or internally displaced. The Assad regime was able to maintain its hold on power by relying on Russia and Iran, but at the expense of Syria’s demographic and economic future. As of this year, the most pressing issues, including millions of migrants, terrorist groups inside the country, and the diplomatic isolation of the regime, have yet to be resolved. The crisis also receives the scholarly attention it deserves with articles and books frequently written by people with academic and professional experience.